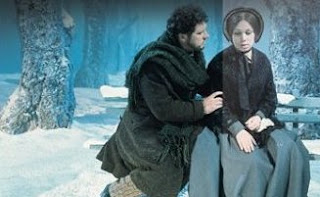 The death of Gianni Raimondi on 19 October further distances today's audiences and opera-lovers from the heady days of Italian tenor singing that charmed and thrilled audiences in the 1950’s and 1960’s. Coming from the tradition that produced Caruso and Gigli, the young Raimondi shared Italy’s stages with Ferruccio Tagliavini and Giuseppe di Stefano. Later, sharing the bel canto repertory with Carlo Bergonzi and the young Luciano Pavarotti, Raimondi conquered the world’s major houses with his beautiful, evenly-produced tone, exciting upper register, and stylish singing.

Born in Bologna in 1923, Raimondi’s earliest successes were in and near his native city, in Rigoletto and Don Pasquale. Raimondi took one of the six tenor roles in Rossini’s Armida (and proved virtually the only one of the six who adequately and gracefully rendered his role) in the famous 1952 Maggio Musicale Fiorentino production which featured Maria Callas in the title role. This was the first in what would ultimately become an extensive list of collaborations between the Bolognese tenor and the great soprano.

Following the success of his performance in the Florentine Armida, Raimondi sang his début performances in London and Paris in 1953. He returned to Italy in 1954 and made his début at Naples’ Teatro San Carlo with another collaboration with Callas in Lucia di Lammermoor. Two further productions featuring Callas offered Raimondi his first of many opportunities to enjoy great acclaim at La Scala: the 1956 Visconti production of La Traviata, the occasion of Raimondi’s house début (substituting for di Stefano), and the much-praised 1957 production of Donizetti’s Anna Bolena.

Building upon further successes in Italy and throughout Europe, Raimondi made his MET début in 1965 as Rodolfo in La Bohème opposite the Mimì of Mirella Freni, also making her house début. In two seasons with the MET, he also sang Puccini’s Cavaradossi and Gounod’s Faust.

Raimondi was invited to the Wiener Staatsoper by Herbert von Karajan, where he made his début as Alfredo in a production of La Traviata that featured the beguiling Romanian soprano Virginia Zeani and baritone Rolando Panerani. Raimondi also sang Rodolfo in a Staatsoper production of La Bohème under von Karajan’s baton and again opposite Freni’s trademark Mimì that remains available on both CD and DVD.

Italy was the center of Raimondi’s career, however, and his performances in virtually every Italian city where opera was sung on a professional level expanded his repertory to include nearly all of the Verdi lyric tenor roles. Displaying wisdom that exceeded that of many of his rivals, Raimondi refused to take on the more glamorous but potentially damaging heavier roles of Manrico (Il Trovatore), Alvaro (La Forza del Destino), Radamès (Aïda), and Otello. Raimondi also obstinately refused to learn the cabalettas for his characters in Rigoletto and La Traviata, traditionally cut but increasingly included in productions as Raimondi’s career progressed.

On records, Raimondi was unfortunately largely overlooked in favor of the more known (particularly in American and Britain) di Stefano, Mario del Monaco, Franco Corelli, and Carlo Bergonzi. Pirated recordings of Raimondi in most of his Verdi and bel canto roles exist, however. In any of its guises (my own personal favorite owing to its significantly improved sound quality being the recent Myto Historical release) the La Scala Anna Bolena remains an impressive performance though, to be fair, Raimondi was not at his absolute best and lost a great deal of his music due to extensive cuts. Raimondi’s Alfredo in DGG’s studio Traviata with the Violetta of the young Renata Scotto remains competitive. His single finest recording, in my opinion, is a CETRA (now reissued by Warner/Fonit) performance of La Favorita with the stunningly effective Leonora of Fedora Barbieri (along with the aging Carlo Tagliabue and the sepulchral Giulio Neri). Raimondi’s singing of ‘Spirto gentil,’ one of Donizetti’s simplest but most memorable melodic inspirations, is substantial proof of the communicative power of opera, and his timbre throughout is as golden, as filled with that intangible essence of Italianate slancio, and as seductively beautiful as any sound to be heard on records. This Favorita preserves a great performance by a great singer and not only withstands comparison with but triumphs over Pavarotti’s singing of the same role on a later DECCA studio recording.
Possessing an exceptionally beautiful natural timbre that could be both suave and powerful, Raimondi mastered the art of projecting effectively into large houses. Perhaps more significantly, he sang largely without artifice and relied upon the glorious sound at his command to impersonate opera’s most dashing heroes.
© by Joseph Newsome