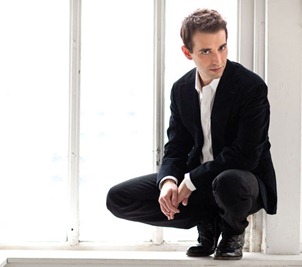 Countertenor and Durham native Anthony Roth Costanzo, who made his début at New York’s Metropolitan Opera in December as Unulfo in Georg Friedrich Händel’s Rodelinda, enjoyed a second success with the Company on New Year’s Eve as Ferdinand in The Enchanted Island, Jeremy Sams’s ‘Baroque fantasy’ using music by Händel, Vivaldi, Rameau, Campra, Leclair, Purcell, Rebel, and Ferrandini.  Created especially for the MET at the request of General Manager Peter Gelb, the production—a pasticcio after the fashion of composite works popular in the 18th Century—is conducted by Baroque specialist William Christie, founder of Les Arts Florissants, and features a superb cast including countertenor David Daniels, mezzo-soprano Joyce DiDonato, sopranos Danielle de Niese and Lisette Oropesa, bass-baritone Luca Pisaroni, and, in the rôle of the god Neptune, Plácido Domingo.  Writing in The New York Times, Anthony Tommasini praised Mr. Costanzo’s ‘sweet-toned Ferdinand.’  The Associated Press’s Mike Silverman was particularly impressed by Mr. Costanzo’s singing in the duet ‘I have dreamed you’ (with music lifted from one of Händel’s cantatas) with Ms. Oropesa, which he described as ‘sublime.’

An engaging young artist with an unusually beguiling timbre, Mr. Costanzo has proved his excellence throughout the United States and abroad in productions of repertory ranging from Early Music and Baroque to contemporary music.  He is a welcome addition to the Metropolitan Opera’s roster and hopefully one who will be given another opportunity to shine when Thomas Adès’s celebrated The Tempest has its MET premiere in the 2012 – 2013 season.