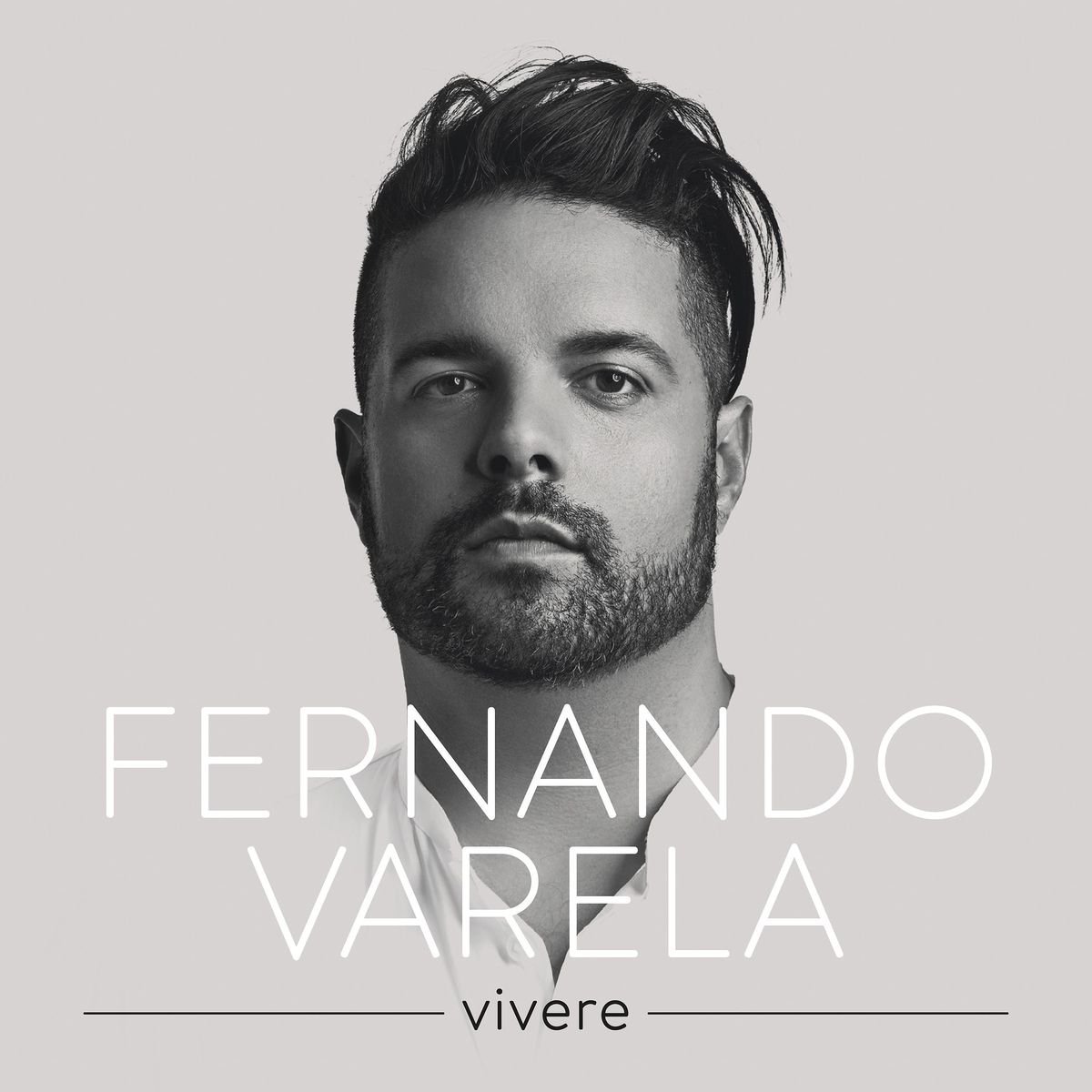 Almost eighty-two years ago, on the broadcast of 7 April 1935, the long-running, nationally-syndicated radio (and eventually television) talent show Major Bowes Amateur Hour, now principally remembered as an early showcase for the talent of Frank Sinatra, featured among the field of performers a young lady called Nina Foresti. This girl, whose speaking voice on the surviving broadcast tape sounds surprisingly mature, apparently identified herself in her initial communication to Major Bowes’s producer as Anita Duval. The nervous conversation during the broadcast prefaced an obviously little-trained but hardly embarrassing performance of Cio-Cio-San’s familiar aria ‘Un bel dì vedremo’ from Giacomo Puccini’s Madama Butterfly, a performance rewarded by the show’s judging committee with a grade of D and the verdict of ‘faint possibility for future’ for the young singer. How might those judges have esteemed their powers of assessment had they been in Chicago’s Civic Opera House two decades later, when the woman they dismissed as unpromising as an eleven-year-old girl again sang ‘Un bel dì vedremo,’ no longer needing the anonymity of noms de guerre, Anita Duval and Nina Foresti transformed into Maria Callas?

The unnerving task faced by anyone given the responsibility of judging the merits of young voices is simultaneously hearing what is and what can be. It is difficult to discern in the four minutes of a Mozart aria what a voice might with study and preparation be capable of achieving in the four hours of a Wagner opera, but the critical ear must possess a degree of prescience, listening beyond the current state of the voice for glimpses of its true potential. Above all, the foremost duty of a pedagogue sitting in judgement of young singers is to provide encouragement. Yes, that encouragement must sometimes be to pursue non-musical paths, but even this should be approached as a process of discovering new talents, not as an exercise in demeaning individuals’ aspirations. Whatever their qualifications were, the Major Bowes Amateur Hour judges almost certainly could not hear the voice of eleven-year-old Nina Foresti hurling out Brünnhilde’s battle cry, scaling the heights of Lucia’s mad scene, or wielding Tosca’s defiant top Cs, but their discouragement undoubtedly poured fuel onto the fire that already crackled in the spirit of as formidably determined an artist as Maria Callas. It is, in part, an assault on the validity of his musical vision that has shaped tenor Fernando Varela’s journey, too. There is in the atmosphere of Varela’s new disc Vivere something of the sense of inexpressible triumph that Callas must have felt when Chicagoans’ ovations for her singing of ‘Un bel dì vedremo’ resounded in the Civic Opera House. Rather than contorting himself into others’ musical molds, Varela finds and refines the music within himself. Vivere is not a disc that aims to say ‘I told you so’ to harsh judges. Rather, the singer says to the listener, ‘I told me so.’

The compelling, operatic story of Vivere begins with the disc’s title track, and Varela’s singing of this uplifting paean to never settling for anything other than complete realization of one’s ambitions immediately reveals why the release of this disc on Deutsche Grammophon’s Panorama label is especially appropriate. Welcoming him into a world populated by fellow tenors of the caliber of Fritz Wunderlich and Ernst Häfliger, Vivere furthers the Universal Music Group’s mission of tearing down the boundaries that have for too long artificially separated popular music from the Yellow Label’s home territory of Classical repertory. To pronounce Vivere a ‘crossover’ disc is to altogether miss its point. Here, Varela is neither a meticulously-trained operatic tenor trying his hand at marketable material nor a pop singer having a go at opera: he is simply a singer who sings music that engages his emotions. The forthrightness with which he delivers the lyrics of ‘Vivere’ epitomizes his sentimental connection with the music, and ‘Gloria,’ the first of the disc’s songs to the writing of which he contributed, draws from Varela a performance of sonorous sincerity, the vocal line propelled with rounded vowels and well-managed breath control.

Studio-produced recordings of songs like ‘Per sempre ci sarò,’ an Italian version of Christina Perri’s ‘A Thousand Years’ from the Twilight soundtrack, can bury the raw impact of a human voice beneath layers of over-processed effects, but Varela maintains focus on the voice, singing as he might if he were performing the song before an audience of ten or ten thousand. The incisiveness of his singing of Stevie Aiello’s ‘I Believe in You’ pours from the music with absolute, unshakable confidence. ‘Shine’ is an apt description of what Varela’s voice does in this, another of his own songs, and the mature artistry that he discloses in ‘If We Fall’ gives the song a timelessness that heightens the impact of its message. ‘Ti amo per sempre’ is the powerhouse cabaletta to the dolce aria ‘If We Fall.’ Pealing through the music with the force of a Metallica-singing Manrico, Varela’s vocalism impresses and thrills in equal measures.

Popularized by Céline Dion, Eric Carmen’s ‘All By Myself’ gains a new dimension of languid Latino passion in Varela’s Spanish incarnation, ‘Solo otra vez.’ This singer’s seclusion is entrancingly sensual, but the open-hearted—and open-throated—honesty of the subsequent ‘No Longer on My Own’ appeals no less strongly. As a fusion of music, text, and feeling, ‘You’ll See My Face’ is unquestionably the finest song on Vivere. There are few human experiences more difficult to truthfully depict in song than what Dante identified as the pain of recalling joy in times of sorrow. Puccini mastered this facet of musical storytelling, not least in Mimì’s dying recollection of her first moments with Rodolfo in La bohème, and so, to a marked extent, has Varela translated the language of loss into an universal musical vocabulary. Crucially, however, Varela forces neither his voice nor the sadness of the lyrics. Rather, his singing imbues the song with comforting suggestions of unspoken forgiveness and acceptance, remembrance, and affection undiminished by death. Backed here and throughout the tracks on the disc with rhythmic vitality as galvanizing as their musicality by guitarists Tom Lodewyckx and Richard Craker, bassist Vincent Pierins, and drummers Herman Cambre, John “Jr” Robinson, and Ian Thomas, Varela voices both ‘Cuore’ and ‘Verità’ with unflinching directness, the words uttered with the clarity of speech and the enhanced meaning of song. Likewise, Patrick Hamilton’s work as arranger, pianist, and producer complements Varela’s musical sensibilities, facilitating an easy camaraderie that is as audible as the tenor’s ardent singing.

If there is in opera the sort of irrepressible ‘anthem’ that might in other realms be associated with Freddie Mercury or David Lee Roth, it is surely Calàf’s aria ‘Nessun dorma’ from Act Three of Puccini’s Turandot. The allure of the aria’s soaring melody has been lost on few tenors since Turandot’s first performance in 1926, its robust masculinity limned by Francesco Merli and Franco Corelli, its poetic fervor evinced by Carlo Bergonzi and Richard Tucker, and its Italian charisma unforgettably personified by Luciano Pavarotti. To his credit, Varela attempts to mimic none of the aria’s celebrated interpreters. He makes the aria his own, and in doing so he gets nearer to the heart of Puccini’s music than many tenors trumpeting the aria, intensely focused on the climactic top B, have managed to venture. This is music of perseverance, catharsis, and rejuvenation, and Varela’s vocalism rings with the assurance of a man—and an artist—who has conquered not by brute strength but by remaining true to himself. The stratospheric interpolation at the aria’s conclusion would rightly be condemned as poor taste in the opera house, but the virtual theatre of Vivere is not the venerated auditorium of Teatro alla Scala. This is pure showmanship, of which Puccini was an avid student, and it dazzlingly expresses the commitment to using song as a means of communicating with the listener that is the core of Vivere.

Perhaps the most pernicious danger faced by the Performing Arts in the Twenty-First Century is the perception that art is the exclusive property of those with the resources and influence required to be its custodians. It is a perception that is in some cases fostered by those custodians themselves at the expense of artists’ creative liberty and audiences’ rights to experience and analyze the resulting works. There are right pitches and wrong pitches which no wealths of persuasion can convert from one to the other, but there are too many ways of singing and hearing those pitches to number. Franz Joseph Haydn once remarked that the geographical and cultural isolation of his employment at Eszterháza engendered involuntary originality. The isolation wrought by musical genius such as Maria Callas possessed might be said to yield a similar outcome. In a sense, Fernando Varela’s artistic isolation was born of dreams that those who might have helped him reach them proved too shortsighted to share. In reality, though, no one’s endorsement of his gifts matters as much as the singer’s own belief in his capacity for bringing music to life. This is what Vivere ultimately conveys most arrestingly: these are the sounds of a modern troubadour living through music.