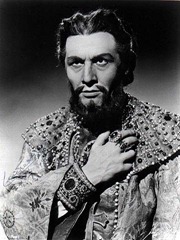 ‘Dormirò sol nel manto mio regal quando la mia giornata è giunta a sera’ (‘I shall sleep in my royal mantle when my life’s day reaches evening’), Filippo II sings in his great monologue in Verdi’s Don Carlo.  Despairing of his unrequited love for his wife, the tormented king reflects upon the duty that will confine him even unto his death.  He is also aware of the dignity of his rank, however, and the place that he will take among the Spanish kings of lore.  So wears into eternity the great Cesare Siepi the royal mantle befitting a prince among singers.

Documented in many studio recordings—including accounts of the title roles in Mozart’s Le Nozze di Figaro and Don Giovanni that many critics consider the unsurpassed benchmarks for those works—and countless more ‘pirated’ recordings of live performances and radio broadcasts, the long career of Cesare Siepi requires no exposition.  The dark, beautiful voice rolls out across the decades in music as varied as Donizetti’s La Favorita and Montemezzi’s L’Amore dei tre re, the tone even in his last recordings steady and secure of pitch and placement.  Yet, as with any great artist, there was more than merely a superb voice.  Cesare Siepi possessed, more discernibly than any other Italian bass of his generation, a remarkable ability to convey via subtle tonal shading elusive facets of both simple and complicated characters.  A figure as seemingly one-dimensional as Verdi’s Sparafucile emerged in a performance by Cesare Siepi as a study in ambiguities, the knell of death always audible in the voice, especially in the sepulchral but never artificial lower register, but the menace all the more chilling for also being sly and playful.  Likewise, Siepi’s Filippo II was no weak-willed monarch wallowing in self-pity but a deeply intelligent man, enslaved by his own power and insightful enough not only to sense his wife’s detachment from his affection for her but also to comprehend the reasons for it.  As Gurnemanz in Parsifal, his singing expressed both the sorrow and the optimism of a man troubled by the sinfulness of mankind but adherent to his faith in ultimate redemption.  As Don Giovanni, Siepi was one of the few basses to fully convey the sensuality of the role without compromising the propulsion of the music with heaviness of voice. 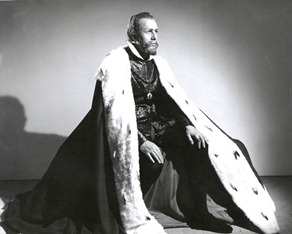 Despite singing an uncommonly wide repertory for an Italian bass, Cesare Siepi will likely be most fondly remembered for his portrayal of Filippo II in Don Carlo, one of the most musically rewarding and psychologically profound roles in the Italian bass repertory.  It was as Filippo that Siepi made his début at the Metropolitan Opera on 6 November 1950, opposite the Don Carlo of Jussi Björling in the Rolf Gérard production that launched the MET directorship of Sir Rudolf Bing.  Hand-picked by Bing (along with Fedora Barbieri, who made her MET début as Eboli in the same performance), Siepi was at twenty-seven an atypically youthful Filippo, but his understanding of the role was already near-complete.  Inexplicably, Siepi’s Filippo—widely acclaimed as one of the most consistent and powerful operatic creations of the Twentieth Century—was never preserved in a studio recording.  Fortunately, there are numerous ‘live’ recordings (including the MET broadcast of 11 November 1950: the opening night performance was telecast), perhaps most notable among which is an ORF broadcast from the 1958 Salzburger Festspielen (dating from 26 July 1958) in which Siepi’s Filippo was complemented by the near-ideal cast of Eugenio Fernandi as Carlo, Sena Jurinac as Elisabetta, Giulietta Simionato as Eboli, and Ettore Bastianini as Rodrigo, conducted by Herbert von Karajan.  Even across more than five decades and through imperfect sound, Siepi’s inimitable voice draws the listener into Filippo’s dangerous, distressed world, every word of the great monologue lived as well as sung.

Later in Don Carlo, Filippo sings to his wife, ‘Me debole credete  e sfidarmi sembrate: la debolezza in me può diventar furor’ (‘You have known me only in my weakness: but this weakness can be changed into fury’).  In a sense, this thought enshrines the artistry of Cesare Siepi: a voice of darkly terrestrial beauty that, in an instant, could be transformed from placidity to roaring rage.  Like Maria Callas, Cesare Siepi was a true artist in whose single voice a thousand voices were assimilated. 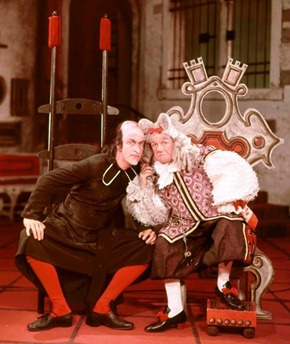