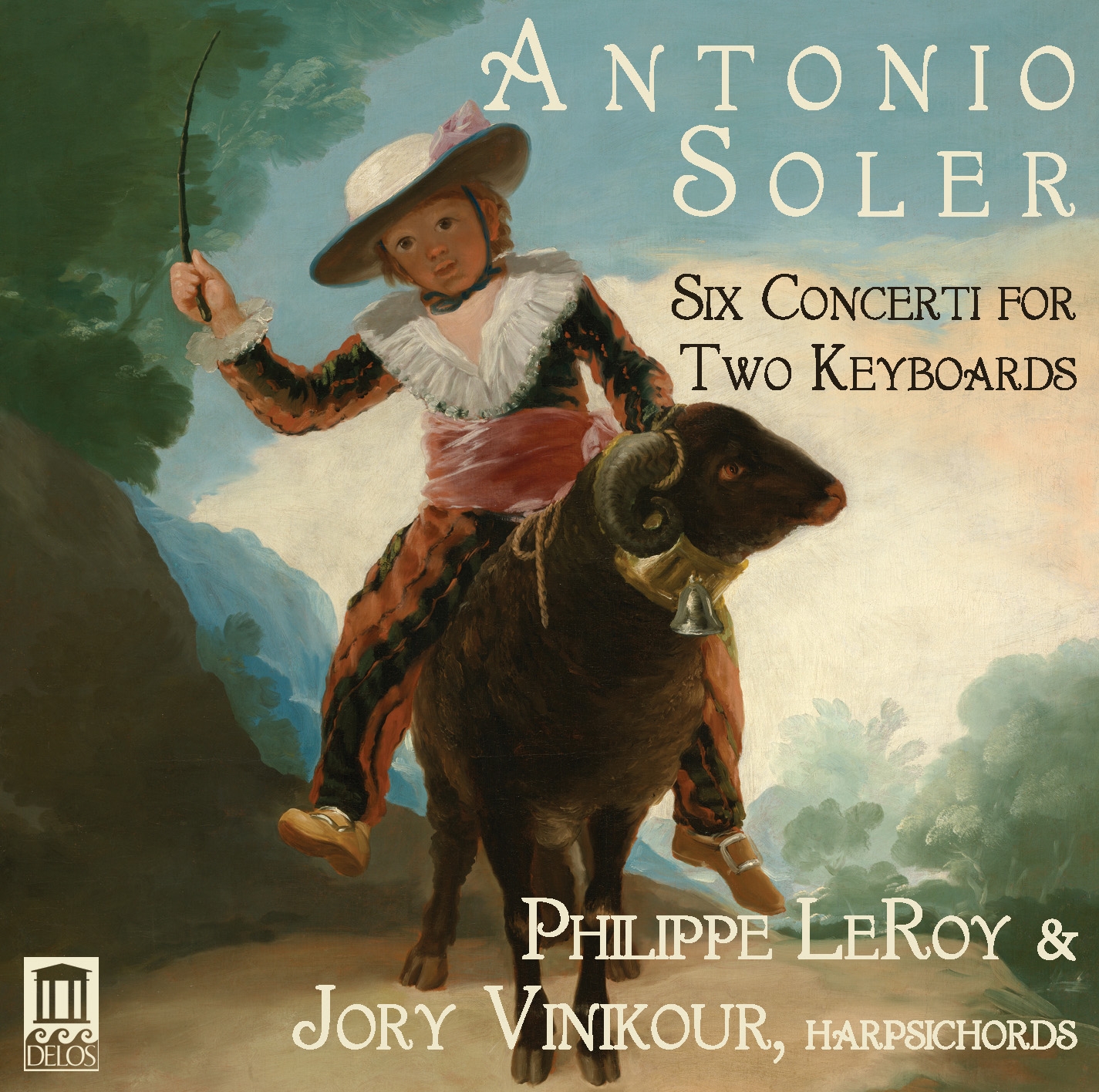 In nature, it is theorized that, on average, the proverbial tip of an iceberg visible to observers represents no more than twenty percent of the floe’s total volume. The same statistic could be used to accurately describe the ratio of familiar music in the Classical repertory to the overwhelming wealth of compositions that remain largely unknown. Even now, when new technologies enable Twenty-First-Century listeners to explore musical backroads and byways that previous incarnations of recording technology could not travel, there are for every Bach, Beethoven, and Brahms innumerable companies of composers living and dead whose music is substantially or wholly ignored. In truth, a well-meaning inclination to proclaim every piece recovered from neglect a rediscovered masterpiece is no more beneficial than dismissing unheard music as deserving its obscurity, but one of the inscrutable marvels of art is the rare but potent ability of artists to perform a work or a whole repertory in a way that not only figuratively clears the cobwebs but also literally redefines the ways in which the music is interpreted, performed, presented, and received. This is what Maria Callas and Magda Olivero achieved in bel canto and verismo repertories, what Marie-Claire Alain did for her brother Jehan’s music for organ, and what Arthur Grumiaux did for Händel’s forgotten violin sonatas. This, too, is what internationally-acclaimed harpsichordists Philippe LeRoy and Jory Vinikour accomplish with this new Delos recording of the Six Concerti for Two Keyboards of Antoni Soler i Ramos. This music is not unknown, but hearing this disc, in the context of which producer and recording engineer David Bowles centers the music in an acoustical space of stunning, almost clinical clarity, may prompt the listener to believe that this is his first contact with these Concerti. A performance of music for harpsichord is expected to dazzle with virtuosity, and there is no shortage of nimbly-executed deluges of notes here, but the stylistic acuity and aesthetic sophistication are the attributes that mark this as a pioneering disc. The notes are but the tip of this musical iceberg: as played by LeRoy and Vinikour, the true merit of this music shimmers beneath the surface.

The uncertainty that undermines complete understanding of these Concerti’s provenance is as frustrating as an instance in which so much is known or can with relative credibility be conjectured can be. The Concerti were not published until the sixth and seventh decades of the Twentieth Century, and the dedication inscribed on Soler’s manuscript—para la diversion del Ssmo. Infante de España Dn. Gabriel de Bourbón—only confirms the composer’s association with the Spanish royal family documented by history. Known events and intersections in the lives of Soler and the Concerti’s dedicatee Gabriel de Borbón (1752 – 1788), the tenth of King Carlos III’s thirteen children, date the composition of the Concerti to circa 1770, when the precocious Infante remained under Soler’s tutelage, and only the demands of the music exceeding the capabilities of the instruments known to have been in the Borbón collection during the second half of the Eighteenth Century advocates for the Concerti having been intended for harpsichords rather than organs, on which they have often been performed and recorded since their publication. Whether, like Bach’s famed Notenbüchlein for his wife Anna Magdalena, the Concerti were conceived primarily for the edification and entertainment of Soler’s patron as their dedication suggests or for public exhibition of the adolescent prince’s talent remains—and is likely to continue to remain—undetermined.

What is apparent from the first bars of the Andante movement of Concerto No. 1 in C major is that Soler’s music might have been composed to showcase the assets of LeRoy’s and Vinikour’s unique artistic partnership. The harpsichordists’ individual styles are very different, the Frenchman LeRoy approaching his music with understated intensity and the Chicago-born Vinikour employing a more outwardly flamboyant but no less introspective manner. LeRoy plays in Rabelaisian poetry and Vinikour in Hawthornean prose, but the musical narratives that they fashion are uncannily compatible. Both the graceful Andante and the effervescent Minué draw from LeRoy and Vinikour playing in which refinement and technical flair are ideally merged. The imagination that both gentlemen display in handling the variations in each of the Concerti’s Minué movements is one of the disc’s greatest virtues, the novelty of their phrasing consistently enticing the listener to eagerly await the music’s next unexpected subtlety. The slyly sentimental Concerto No. 2 in A minor opens with a dulcet Andante that gains from LeRoy’s and Vinikour’s sensitive touch the lilt of a troubadour’s canso. The sparks struck by the harpsichordists’ exchanges in the subsequent Allegro movement ignite a rhythmic bonfire that elucidates the inventiveness of Soler’s part writing. The Tempo de Minué is executed with such precise synchronicity that it seems impossible that human fingers are responsible for the performance, but what is heard here is mastery, not mechanism.

LeRoy and Vinikour allow none of the slower-paced movements among the Concerti to drag or lose momentum, and their performance of the Andantino in Concerto No. 3 in G major embodies the strategy that sustains the high level of their endeavors in all of the Concerti. Imposing nothing upon the music, they ask questions of no one other than Soler and themselves, and the answers that they incorporate into their playing are all the more persuasive for not being ostentatiously purported to be definitive. Here, too, the musicians’ performance of the Minué is characterized by tightly-sprung but unforced rhythmic accuracy. The emotional profile of the Affettuoso - Andante non largo movement with which Concerto No. 4 in F major begins is powerfully projected by LeRoy’s and Vinikour’s unaffected phrasing, Soler’s melodic lines allowed to breathe and nuanced harmonies given space in which to cast their spells without either aspect being unduly emphasized. Again, their playing of the Minué is lovingly ebullient.

The Cantabile that launches Concerto No. 5 in A major, the most conventionally expressive of the Concerti, is music of palpable sincerity that would not sound out of place in Haydn’s and the young Mozart’s keyboard sonatas. The pensive camaraderie between LeRoy and Vinikour yields its richest effects in this music, their hypnotic interweaving of melodic strands extracting every joule of timbral warmth from John Phillips’s gelid-toned Florentine-inspired harpsichords. Even the fifth Concerto’s Minué looks inward more noticeably than any of its brethren, and these musicians follow where it leads, lending every ornament a distinct purpose within the movement’s broader landscape. The fascinating structure of Concerto No. 6 in D major develops from its inaugural Allegro - Andante - Allegro - Andante movement, the alternating moods of which are put to striking dramatic use by LeRoy and Vinikour. The unfettered joy of their tandem guidance of thematic development in the Concerto’s Minué produces seven-and-a-half of the most pleasurable minutes on the disc.

It seems wholly logical that, on some level, music is inherently Existential. As John Donne might have opined, neither any musician nor any piece of music is an island upon the shores of which no external influences intrude. Examined from any conceivable perspective, music is defined by collaborations, by the bonds that form and evolve among music, performers, and audiences. In essence, this disc is two uninhibitedly communicative artists’ earnestly personal solution for one of music’s great, Sartre-esque enigmas. In this music and in their awe-inspiring arsenals of musical skills, Philippe LeRoy and Jory Vinikour are equals. Could he hear this recording of his Six Concerti for Two Keyboards, Padre Soler would surely also welcome them as equals with the pious altruism for which his contemporaries praised him.

Author’s Note: In addition to reviewing this recording of Soler’s Six Concerti for Two Keyboards, I had the great privilege of writing the liner notes for this release. I was in no way involved with the planning, preparation, making, or marketing of the disc, however, and therefore assess it without bias.