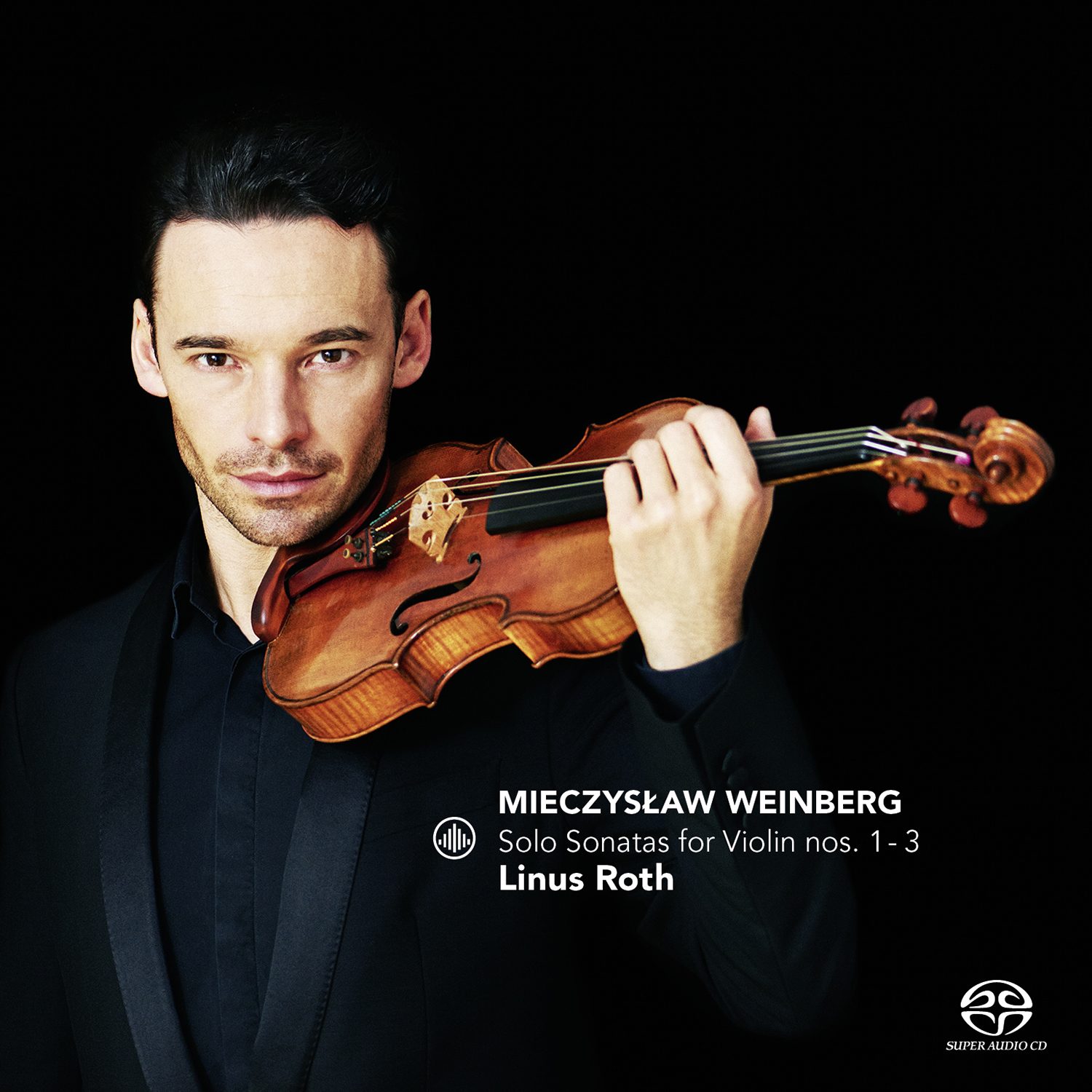 It is unlikely that any other events—or, more properly, series of events—in human history affected Art as cataclysmically or as enduringly as the Second World War and the Holocaust perpetrated upon the people of Europe during the 1940s. Solely in music, the fiscal and cultural values of the manuscripts, archival materials, instruments, and properties claimed by the war’s destruction cannot be quantified; nor can the enormity of the impact of that destruction on global creativity, an effect that still persists despite the rapid pace at which the ranks of WWII veterans and survivors are dwindling, be overstated. It is impossible to know what Mozarts and Chopins, Verdis and Mahlers, Brittens and Coplands rest beneath the soils and waters of Europe, North Africa, and the Pacific, cut down by the artless monstrosity of inhumanity. Tragically, the disgustingly efficient killing machine of the Third Reich crushed within its cogs every member of the immediate family of Warsaw-born composer Mieczysław Weinberg, his parents and sister slaughtered at Trawniki after his flight to the Soviet Union. The anguish that he undoubtedly experienced in resolving to flee the land of his birth in 1939, without his family and mere weeks after graduating from conservatory, cannot have been far from his thoughts throughout his life. It is surprising to a degree that an artist’s soul could endure such damning realities, but Weinberg was part of the rightly-named ‘greatest generation,’ a global community of people who felt no less deeply than their counterparts at any time in human history but for whom survival was not a goal but a necessity. Weinberg’s quest for survival was a journey in music, and with this Challenge Classics recording of three of the composer’s most daring works violinist Linus Roth poignantly retraces an expanse of the artistic route that Weinberg followed from peril to peace.

It was to his friendship with Dmitri Shostakovich, cultivated during his wartime residency in modern Uzbekistan, that Weinberg owed much of the stability that freed him to respond to artistic stimuli, but it was by Joseph Stalin’s death in 1953 rather than by Shostakovich’s influence that his life was spared and his official ‘rehabilitation’ secured. Nevertheless, his interaction with Shostakovich was a defining element of Weinberg’s career. Written in 1922, when the Saint Petersburg-born composer was a student toying with forms and modes of musical expression, Shostakovich’s Three Fantastic Dances, played by Roth and Argentine pianist José Gallardo in the arrangement for violin and piano by Harry Glickman, are precisely what they purport to be— fantastic, vibrantly youthful pieces, employed on this disc as delicious digestifs amidst the heavier fare of Weinberg’s Solo Sonatas. The dances are not insubstantial footnotes to the chronology of Shostakovich’s compositional career, however. The playful atmosphere of the first of the two Allegretto dances is immediately established by Gallardo, who is as ideal a partner for Roth here as in their Challenge Classics recordings of Weinberg’s Sonatas for Violin and Piano. The recorded balance and timbral harmony between the piano and the 1703 ‘Dancla’ Stradivarius violin played by Roth are optimal in each of the three dances. In the second of the dances, Roth and Gallardo pace Shostakovich’s Andantino perfectly, their playing extracting every nuance from the deceptively one-dimensional music. The intuitive energy with which violinist and pianist perform the second Allegretto lends the Three Fantastic Dances a measure of the symmetry of a Baroque concerto. This is some of Shostakovich’s most approachable music, but approachability should not suggest simplicity. There are greater depths of emotion in the Three Fantastic Dances than many musicians bother to seek, and Roth and Gallardo probe deeply into these fetching pieces.

The first of Weinberg’s Solo Violin Sonatas, his Opus 82, was composed in 1964, its genesis falling in the prolific period that also witnessed the completions of the Seventh and Eighth Symphonies and the Tenth String Quartet. Though generally not overtly programmatic in the manner of the music of a composer like Berlioz, Weinberg’s works frequently had as catalysts for their creation events of wide-ranging importance in his life. It is easy to ascribe to music for a single instrument characteristics of introversion and self-scrutiny, and it is impossible to overlook in the context of Weinberg’s Solo Sonatas the isolation that the composer must have felt in his adopted country, even with a wife and family and friends like Shostakovich. This numbing solitude, almost a self-imposed emotional exile, resonates in the first Sonata’s opening Adagio - Allegro - Adagio segment. There are never lacks of drama and drive in Roth’s playing, but from the start of each Sonata he is sensitive to the threads of lyricism woven into the scores. The subtle enchantment of the Andante movement flows mesmerizingly from Roth’s bow, and he excels in his handling of the rhythmic figurations of the Allegretto that follows. The contrasts of the Lento and closing Presto - Adagio sections are revealed not merely by clear differentiations of the tempi but also, more tellingly, by plying the innate power of the music’s light and shadows. It is virtually impossible to believe that the first of Weinberg’s Solo Sonatas is a product of the year in which popular music was dominated by the Beatles’ ‘Can’t Buy Me Love,’ the Animals’ ‘The House of the Rising Sun,’ and Manfred Mann’s ‘Do Wah Diddy Diddy,’ but Roth’s playing of each of the Sonatas is attentive to the music’s topical implications both within and beyond Weinberg’s oeuvre.

Three years after the completion of the first Solo Sonata, Weinberg returned to the format in his Solo Violin Sonata No. 2 (Opus 95). The complexities of the first Sonata are intensified in the second, and Roth’s virtuosity is redoubled in his playing of it. The Monody that opens the Sonata receives from the violinist a display of extraordinary musicality, his gift for isolating moments of lyrical beauty amongst even the most strident sounds communicating the unexpected melodic intricacies of Weinberg’s music. The passions of the Andantino grazioso are fully explored without being exaggerated, and Roth’s playing of the Presto agitato combines youthful vitality with interpretive maturity. As in his performances of the inner movements of the first Sonata, the Andantino non tanto and Allegretto leggiero in the second Sonata are shaped by awareness of the temperamental atmospheres in addition to their tempi. The delicacy that Roth’s playing of the Lento affetuoso exudes gives way to the frantic, almost violent frisson of the Vivace marcato. There are many violinists whose techniques enable them to survive the demands of Weinberg’s second Solo Sonata, but this is music that must be understood, not merely controlled. The finest aspect of his performance of the Sonata on this disc is its prodigious aural evidence that Roth has not only acquired an unique comprehension of this score but has also developed true affection for it.

The through-composed Solo Violin Sonata No. 3 (Opus 126) followed its older siblings into the world a dozen years after the completion of Sonata No. 2, and its unwieldy proportions, dementedly difficult writing, and bleak but chameleonic sound world make the third Sonata one of the most forbidding of Weinberg’s works and a piece that is virtually sui generis in the violin repertory. The expressive potency of his performance of the third Sonata reiterates that Roth is likewise a singular talent. Here, he makes sense of the volatility of the music’s abrupt changes of spirit, delving beneath the surface of the Sonata to uncover the spellbinding narrative that Weinberg hid in plain sight among the explosions of notes. As recounted by Roth, the Sonata’s tale has discernible protagonists and antagonists whose destinies are decided by the battles between melody and harmony. The misery and desolation of Weinberg’s youth formed the foundation upon which the Sonata was built, but Roth’s performance discloses the hope and humanity that give the music meaning just as they led Weinberg to a new life.

For both violinists and listeners, even those with special appreciation for Twentieth-Century music, Mieczysław Weinberg’s Sonatas for solo violin are not easy going. This is music in which unspeakable atrocities are confronted unflinchingly, music in which one man sought answers to questions that ravage all of mankind. Perhaps these are questions with which each man must contend on his own, but few men can contend with Weinberg’s music as authoritatively as Linus Roth does in his performances of the three Sonatas for solo violin. This is not solely music making: what Roth achieves on this disc is the recreation of a solitary voice, now made intelligible to every pair of ears willing to listen.