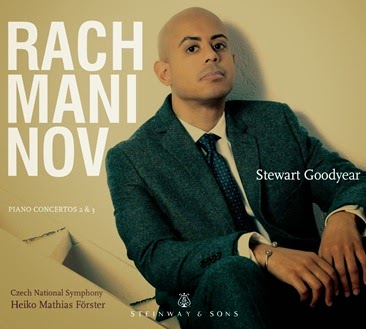 Whether one is a pianist or a poet, practitioner or pretender, it is easier to concur with the allegations that the significance of Classical Music in the still-new century is undermined by a lack of significant artists than to prove them wrong. Perhaps this also seemed true of his own time to Sergei Rachmaninov, whose career as a pianist and composer spanned an era of unprecedented cultural and social transition and upheaval. Born in 1873 into the class of gentry that would be all but annihilated by the political turmoil that gripped Russia during the final decades of the Romanov dynasty, Rachmaninov was himself the inheritor of an imperiled artistic lineage. In an environment in which musical conversation was increasingly dominated by atonality, his mother tongue was unabashed Romanticism, an idiom to which he clung not as a safety net but as a source of inspiration and direct connection with traditions extending back to Haydn and Mozart. Like Brahms, Rachmaninov was inspired rather than confined by the legacies of his musical predecessors, and the importance of his Piano Concerti to the grand tradition of the Romantic concerto is tremendous. With acclaimed recordings of music by Beethoven, Grieg, and Tchaikovsky already to his credit, Canadian-born pianist Stewart Goodyear also communicates in the language of Romanticism with fluency that Rachmaninov could have appreciated. It is hardly remarkable that a gifted young pianist should play Rachmaninov’s concerti, but the performances of the Second and Third Concerti recorded by Mr. Goodyear for Steinway and Sons are exceptional for an artist of any age. Many pianists, especially younger ones, find in Rachmaninov’s concerti vehicles for the sort of empty virtuosic posturing that inspires the suggestions of Classical Music’s eroding significance. At its core, this disc preserves conversations between two artists, composer and pianist, not about the ways in which musical tastes evolve but about the fact that the interactions among great music and great musicians are virtually unchanged since man first committed music notes to paper.

This disc is the culmination of a long period of intensive study in which Mr. Goodyear clearly approached these concerti both with the traditions of pianists like Vladimir Horowitz and Van Cliburn in mind and from a completely fresh, individual perspective. In part, Mr. Goodyear’s playing in general combines Horowitz’s sensitivity and noble phrasing with Cliburn’s explosive power, but the performances on this disc confirm that he is very much his own artist. Nothing in his interpretations of these concerti is borrowed from great performances or recordings of past generations, but there is much that pianists of the future could learn from Mr. Goodyear’s playing as recorded here. Playing a Hamburg Steinway Model C and recorded with near-ideal clarity and balance by producer Keith Horner and engineer Jan Kotzmann, this gifted young artist makes the music of Rachmaninov his own without ever making the performances more about himself than about the composer.

Written between autumn 1900 and April 1901 and premièred in complete form with the composer at the keyboard in November 1901, Piano Concerto No. 2 in C minor (Opus 18) is among Rachmaninov’s most familiar works though the composer himself deemed it a difficult, troubled piece. In his Piano Concerti, Rachmaninov adhered at least in most basic construction to the sonata form that had been the skeletal foundation for concerti since the pioneering efforts of Haydn and Mozart, but Mr. Goodyear’s imaginative yet astonishingly precise playing illuminates the ways in which Rachmaninov manipulated structures, harmonic progressions, and thematic development in distinct demonstrations of imagination. Under the direction of conductor Heiko Mathias Förster, the musicians of the Czech National Symphony Orchestra play capably, the rich string timbre matched by sonorous wind playing with little of the tartness familiar from many vintage recordings by Eastern European ensembles. In the opening Moderato movement, Mr. Goodyear and the Symphony musicians seem to actually listen to one another, their shaping of key phrases conspicuously symmetrical. The Adagio sostenuto second movement is very eloquently done, both pianist and conductor limning the significance of the Più animato transition from C minor to E major and the critical recapitulation of the movement’s principal theme. Mr. Goodyear emphasizes the cumulative impact of the music rather than focusing on particular details and thereby risking distortion of the composer’s meticulously-conceived musical architecture. Intelligent negotiation of the modulations from E major to the root C minor and then to the terminal C major is integral to Mr. Goodyear’s playing of the Allegro scherzando final movement. He eschews none of the music’s latent Indian-summer Romanticism, but the abiding sensibility is a very modern one. Though lacking nothing in energy or primal brawn, Mr. Goodyear’s playing of the Allegro scherzando is characterized by an avoidance of cheap posturing. Textures are kept lean even when the music it at its most robust, revealing Rachmaninov’s very logical solutions to musical problems—solutions that in many performances are hidden beneath waves of egotistical pounding of the keys.

Popularized beyond the ranks of Classical Music enthusiasts by the 1996 feature film Shine, which used it prominently in depicting Australian pianist David Helfgott's struggles, the Piano Concerto No. 3 in D minor (Opus 30) was completed in 1909. Rachmaninov dedicated the Concerto to the celebrated pianist Josef Hofmann, who never attained a level of comfort with the piece that would have enabled him to perform it publicly. The Concerto was premièred in New York with the composer at the piano and Walter Damrosch on the podium and was later conducted, much to Rachmaninov's satisfaction, by Gustav Mahler. The monumental scale of the music that likely contributed to Mahler’s appreciation and mastery of it seems also to inspire Mr. Goodyear, who plays the epic score with the eagerness of a youngster playing it for the first time and the confidence of a veteran who has played it a hundred times before. The grand diatonic subject of the opening Allegro ma non tanto movement is sculpted with tremendous surety of rhythm, and Maestro Förster and the orchestra exchange ideas with Mr. Goodyear with rousing musicality. The pianist employs Rachmaninov’s first, chordal ossia cadenza and delivers it with perfectly-timed aplomb. The central Intermezzo: Adagio movement, bridging a modulation from F-sharp minor to D-flat major, is one of Rachmaninov’s most radiantly beautiful creations, and Mr. Goodyear plays it not as a languorous, sentimental tour de force but as a profoundly personal, poignant exploration of musical light and shadows. Maestro Förster maintains a consistent level of tension in the orchestra, preparing climaxes that are resolved by Mr. Goodyear’s entrancingly poetic cadences. If the Concerto’s second movement is some of Rachmaninov’s most soulful music, the third movement—Finale: Alla breve—is some of his most exuberantly virtuosic. The pianist’s technique is here at its most dizzying, his playing of the grandiose chords and melodic figurations distinguished by assured navigation of the difficult intervals. As with similar metamorphoses in the preceding movements, the transition from D minor to D major in the Finale receives deft handling from both Mr. Goodyear and Maestro Förster. Duplicating the gesture in the final movement of the Second Concerto, Rachmaninov’s unique four-note musical signature is integrated into the closing of the Third Concerto: this performance discloses its presence without over-accentuating it. Most refreshingly, Mr. Goodyear does not play these Concerti as tired warhorses that require suitably martial pomposity or as stepping stones along a young musicians path to the pianistic Pantheon. Rather, he plays them with the affection of a communicative, open-hearted pianist who has gotten to know these scores through fastidious examination and now considers them friends.

William Shakespeare wrote in Sonnet 116 that ‘Love is not love / Which alters when it alteration finds,’ and this sentiment is especially appropriate to music. Too many musicians pervert the necessity of finding one’s own way of interpreting pieces into an excuse for wrong-headed forays into idiosyncratic execution that push listeners away from composers and their scores rather than being the catalyst for their fusion. Ultimately, great works of art need only to be seen or heard, and these performances by Stewart Goodyear allow the listener to hear Sergei Rachmaninov’s Second and Third Piano Concerti without distractions. He reminds the listener that an accomplished pianist can wrap his heart, mind, and fingers around any score, but only an accomplished artist trusts himself and the music enough to allow composers’ voices to sing through his own.