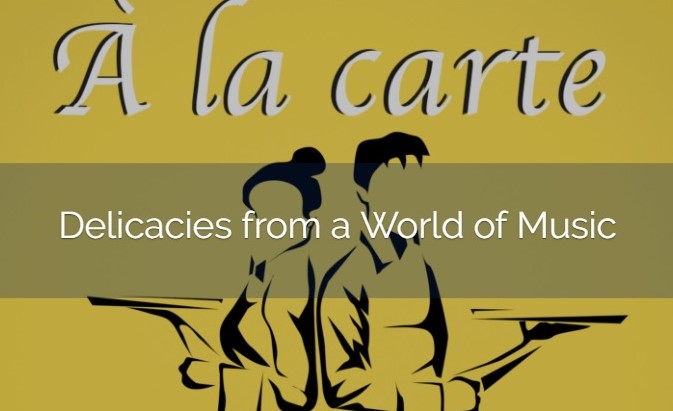 The visitor to North Carolina whose prior impressions of the state were shaped by industry, college and professional sports, and magnificent natural beauty may be surprised by the abundant and diverse artists and Arts institutions populating the Old North State. From top-caliber opera companies and orchestras in the major cities to Saturday-evening celebrations of roots music in places that leave GPS devices in states of perpetual recalculation, it is possible to find musicians pursuing their passion almost anywhere the curious adventurer in North Carolina chooses to seek them. On Friday, 15 March 2019, the best of the musical variety that immeasurably enriches life in North Carolina can be found in Greensboro’s Holy Trinity Episcopal Church, where the third season of the À la carte concert series culminates in a performance that promises to satisfy virtually any musical appetite.

Founded and guided by a pair of North Carolina’s eminent musicians and educators, mezzo-soprano and Associate Professor of Voice at the University of North Carolina at Greensboro Clara O’Brien and composer and Assistant Professor of Sight Singing and Ear Training, Music Theory, Composition, and Music Industry studies at North Carolina Central University Lance Hulme, À la carte was created as a showcase for the prodigious array of talented artists who reside in or have ties to North Carolina. Building upon the accomplishments of their aptly-named earlier enterprise Ensemble Surprise, O’Brien and Hulme have lovingly cultivated À la carte’s emphasis on musical inclusivity, previous concerts in the series having featured music from an expansive selection of historical eras and genres, performed by some of the Triad’s most engaging established and emerging artists.

An evening of music as thought-provoking and pulse-quickening as that planned for this concert is priceless, but admission to the performance is free. No tickets are required. Simply turn up, find a seat, make yourself comfortable, and prepare your palate to experience a banquet of delicacies from the world of music. 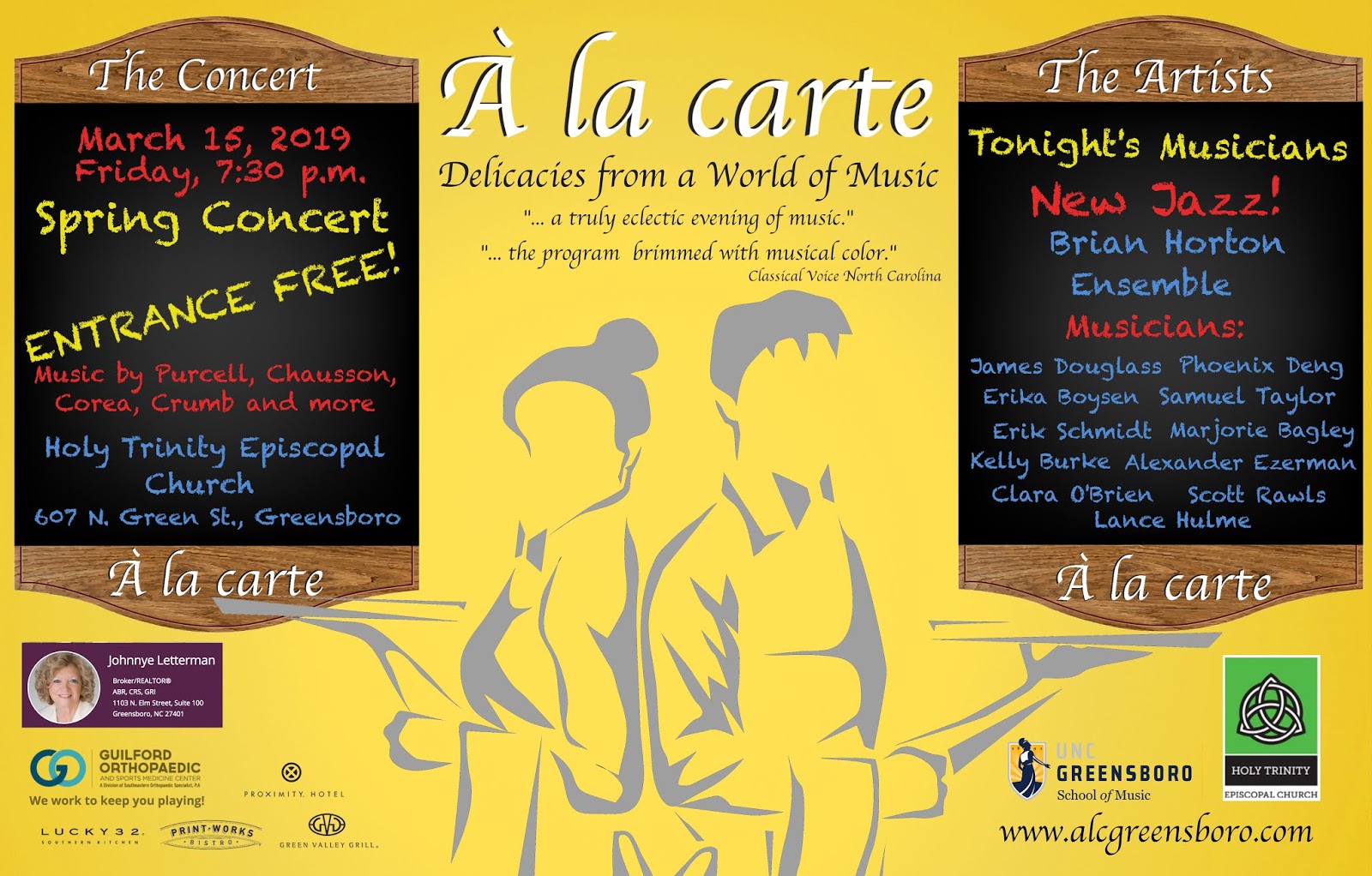