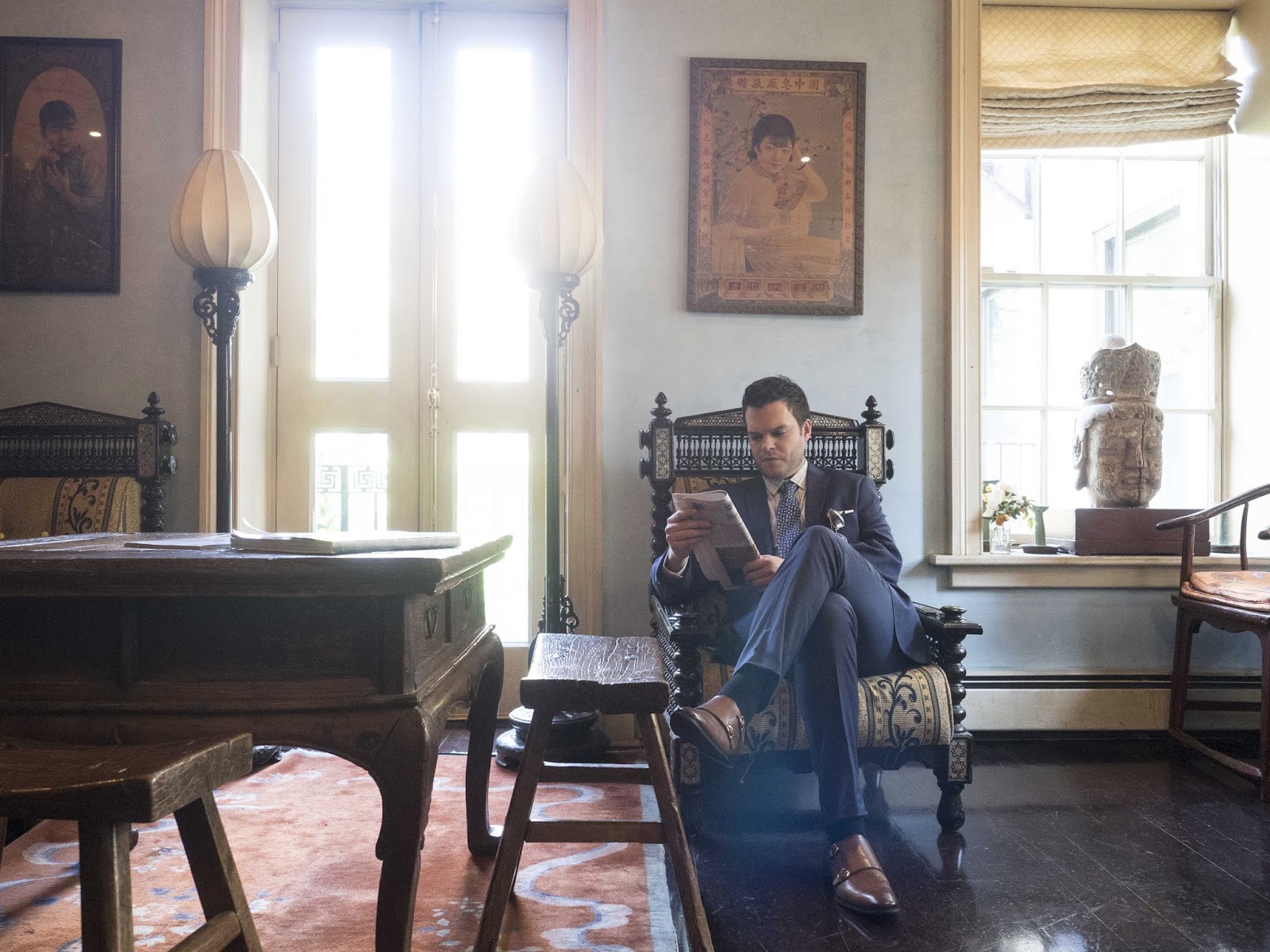 The short-lived novelist Thomas Wolfe, born in Asheville, North Carolina, in 1900, wrote words to which almost any artist can relate, eventually published posthumously in the aptly-titled work You Can’t Go Home Again.

It must be hoped that Wolfe’s assessment of the viability of returning to the safety and comfort of one’s own family is excessively pessimistic, but it cannot be denied that there is some degree of truth in his appraisal of the perils of returning to the surroundings that fostered youthful ambitions—ambitions that, revisited in hindsight, can incite bitterness, resentment, and cruel disappointment. The ‘young man’s dreams of glory and of fame’ are too often the older man’s reminders of inadequacies, missed opportunities, and failures. Colloquially, it is said that home is where the heart is: Wolfe might have argued that, for the artist, it can also be where the heart most fears to be.

Though his richly-hued voice has been heard in many venues within relative proximity of his hometown, including in acclaimed performances with North Carolina Opera and Virginia Opera, Chapel Hill-born tenor David Blalock’s portrayal of Nemorino in Piedmont Opera’s March 2019 production of Gaetano Donizetti’s L’elisir d’amore is a much-anticipated homecoming for this intelligent, insightful artist. An alumnus of the University of North Carolina at Greensboro and Maryland Opera Studio who resided in his youth in Alamance County, he has emerged as one of America’s most promising lyric tenors, garnering critical praise and audience appreciation for performances of music in a broad array of styles ranging from Georg Friedrich Händel’s Messiah to Stephen Sondheim’s Sweeney Todd. Stylistic versatility is now more than ever before an indispensable component of a successful young singer’s artistry, but few singers of any age rival the consistent imagination and vocal velvet with which this young artist brings music of any era to life.

Despite the vast differences between their musical languages, Blalock’s depictions of Don Ottavio in North Carolina Opera’s 2015 production of Mozart’s Don Giovanni [reviewed here] and the Steuermann in Virginia Opera’s 2016 production of Wagner’s Der fliegende Holländer [reviewed here] shared a common accent, that of the singer’s carefully-honed bel canto technique. Too often misinterpreted as a focus on complex fiorature and high notes, the core of true bel canto technique is emphasis on proper use of the breath to place and project tones, facilitating clarity and evenness throughout the range. As Blalock’s singing reveals, this is especially apparent in a tenor’s passaggio, the bridge between registers to which many singers fail to devote the sturdiness needed to sustain a long career. Blalock is aided by possessing raw materials of exceptional quality, but the technique that he has forged is a model of the sort of bel canto foundation that enabled Carlo Bergonzi and Alfredo Kraus to sing beautifully for decades. In this as meaningfully as in the theater’s nearness to his childhood home, Blalock’s rôle début as Nemorino is a return to his roots.

There is perhaps no bel canto aria for the tenor voice that is more iconic—and more of a measure of a singer’s mastery of bel canto technique—than Nemorino’s ‘Una furtiva lagrima.’ Positioned at a pivotal moment in Act Two of L’elisir d’amore in which, as in many of Händel’s operas, the boisterous action stalls to allow an outpouring raw emotion that alters the course of the drama, the melancholic plangency of the vocal line has endeared the piece to generations of opera lovers. It is a moment that Blalock identifies as a time of special importance in the character’s narrative. ‘“Una furtiva lagrima” stands out because of how big of a contrast it is to the rest of the rôle,’ he recently reflected. ‘It is the first and only moment in the opera [in which] Nemorino is on stage all alone, thus making that moment even more intimate.’

‘Una furtiva lagrima’ constitutes only a few minutes of a rôle in which an extraordinary progression of singers have conveyed virtually every conceivable emotion, however, and Blalock is equally attentive to the cumulative impact of a performance of L’elisir d’amore. ‘Honestly, there is so much beautiful music that I can’t pick a particular passage that stands out above the rest in my mind,’ he confided. ‘There are definitely moments where the action stops and time sort of “stands still” during a few of the big ensembles and finales. The big chorus scenes when everyone is on stage at once tend to be my favorite moments of the opera [because] I enjoy playing and reacting with lots of people on stage. There are so many ups and downs with this character: I just love the whole thing!’ It is the interaction among characters that makes L’elisir d’amore a captivating experience, he suggested. ‘I think, ideally, that if we [singers] are doing our jobs of telling this story well, the audience will be so wrapped up in the drama that they sometimes won’t even notice the music.’ 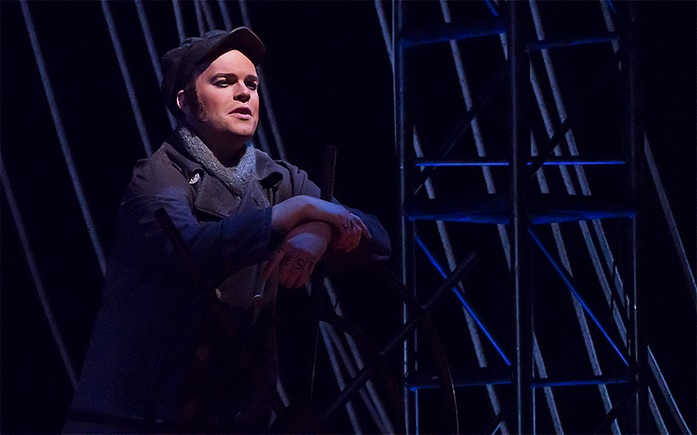 The naturalness and assuredness of his stage presence notwithstanding, Blalock’s singing of Nemorino’s music is unlikely to go unnoticed, and he concedes that the opera’s popularity affects his approach to it. ‘I think [that] the greatest challenge of singing Nemorino is the fact that many opera lovers have heard this music sung many times by the world’s greatest singers,’ he shared. ‘Even before they hear me sing, many people have an idea of how “Una furtiva lagrima” should sound because of the way Pavarotti or Domingo sang it.’ Still, he is no stranger to the reality of audience preconceptions. ‘As an opera fan myself, I can understand those ideas,’ he continued. ‘I fell in love with this opera partly because of these great singers.’

Blalock has achieved a level of knowledge of performers and performing traditions of the past that is uncommon amongst singers of his generation. This shapes his understanding of operas’ historical contexts, but, for him, imitation emphatically is not the highest form of flattery. ‘I just try to sing like David Blalock, not to imitate anyone else,’ the tenor insisted. Furthermore, he sees a clear parallel between his own artistic individuality and Nemorino’s struggle to attract and retain Adina’s attention and affection. ‘I have definitely been in that situation before,’ he admitted, thinking of Nemorino’s yearning to feel that his love is reciprocated. In this kind of situation, he again cites self-reliance as the surest means of accomplishing one’s goals. ‘Ultimately, the best thing one can do is be oneself,’ Blalock advised.

Whether of the operatic variety or in one’s life beyond the stage, the cultivation and preservation of love depend upon absolute honesty, this sagacious artist asserts. ‘If you end up together [with the object of one’s affection], then you don’t have to keep pretending to be something you are not,’ he mused. ‘If the person continues to be indifferent, then you have still stayed true to yourself and will ultimately be better off with someone else.’ After pausing to contemplate the confounding complexity of affairs of the heart, he added, ‘It is definitely easier said than done, but I truly believe [that] people end up happier if they stay true to themselves and try not to please others.’

Endeavoring to please others is an unavoidable necessity of a singer’s career, and Blalock is preparing to portray Nemorino for the first time by making a comprehensive study of the part. ‘The greatest challenge of playing the rôle in general is how physically demanding it is,’ he said. ‘Nemorino doesn’t leave the stage for one second in Act One, and most of that time is spent singing!’ Moreover, Blalock indicated, his work does not end with the stamina required by the rôle. ‘Not only is it a lot of singing, but the character requires a special kind of energy: he is young, maybe a little antsy, sometimes a little drunk, excited, lovable, earnest, and many other things—all at the same time. It can be exhausting, but when I am living in the story, I don’t feel the exhaustion until the curtain has come down.’

He has already conquered a number of the world’s eminent stages, but the curtain continues to rise on David Blalock’s career. Blessed with an attractive instrument that he tenaciously refines and an aptitude for learning that he feeds through unabating study, this young singer’s artistic trajectory belies the relevance of Thomas Wolfe’s axioms. The prospect of returning home holds no fear for David Blalock. Place a score before him, anywhere in the world, and he is at home.