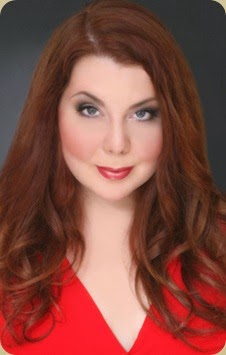 Olive Fremstad. Frieda Hempel. Maria Jeritza. Gertrude Kappel. Eleanor Steber. Leonie Rysanek. It was by these six extraordinary singers that Richard Strauss’s Salome, Maschallin in Der Rosenkavalier, Helena in Die Ägyptische Helena, Elektra, Arabella, and Ariadne were introduced to New York’s Metropolitan Opera. Each in her own way was a powerful advocate for the composer’s music. Preparing for the MET première of Salome, Fremstad went to the New York City morgue in order to bring to her portrayal of the obsessive Judean princess a realistic struggle with the weight of Jochanaan’s severed head. Hempel repeated her Prinzessin von Werdenberg to even greater acclaim at Covent Garden. Kappel’s MET career was preceded by a tenure at the Wiener Staatsoper, where she was engaged for dramatic rôles in the German and Italian repertories by Strauss himself. In addition to being the MET’s first Helena (and Turandot), Maria Jeritza created the rôles of Ariadne and the Kaiserin in Die Frau ohne Schatten. Steber débuted at the MET as Sophie in Der Rosenkavalier before going on to sing the Marschallin and Arabella. Both on the world’s stages and in recording studios, Rysanek was in the hearts of many audiences the reigning Strauss soprano of the Twentieth Century. Fifteen years into the Twenty-First Century, it is not uncommon to encounter the complaint that there are no great Strauss singers among today’s young artists. There are no Fremstads, Hempels, Jeritzas, Kappels, Stebers, or Rysaneks gracing the world’s stages today, but there is a Marjorie Owens. Anyone who has not yet heard this exceptional soprano sing music by Richard Strauss has thus far been deprived of experiencing one of the new century’s most thrilling musical phenomena. 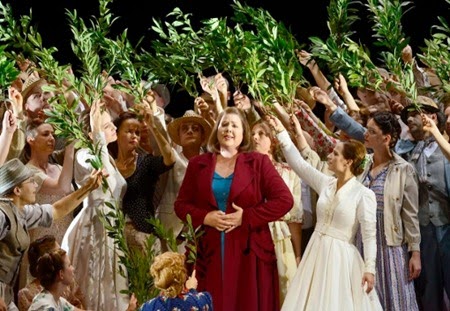 The prototype of the Strauss soprano was the notoriously cantankerous Pauline de Ahna, to whom the composer was married throughout virtually his entire creative career. She was the model for the enigmatic Färberin in Die Frau ohne Schatten and the insecure but ultimately touchingly sincere Christine Storch in Intermezzo, and she created the rôle of Freihild in Guntram, to whose troublesome tessitura Ms. Owens will return in Washington Concert Opera’s performance of the 1940 revision of the neglected score. In addition to having sung Freihild and the title rôles in Ariadne auf Naxos and Daphne at Dresden’s Semperoper, where she has been celebrated as the company’s venerated prima donna in dramatic rôles in both the German and Italian repertories, Ms. Owens’s marble-toned Ariadne also garnered praise in Boston and Fort Worth. A winner in the 2006 Metropolitan Opera National Council auditions (her intriguing selections in the Grand Finals concert were Elettra’s ‘D’Oreste, d’Ajace’ from Mozart’s Idomeneo and Magda’s ‘To this we’ve come’ from Menotti’s The Consul), she returned to the MET stage for her formal début as Verdi’s Aida on 2 January 2015. Thinking of the legacies of sopranos who excelled both as Aida and in Strauss rôles—Ljuba Welitsch, Birgit Nilsson, Dame Gwyneth Jones, and Anna Tomowa-Sintow come to mind—inspires Ms. Owens not only to consider her own place in this tradition but also to recognize the subtle and not-so-subtle contrasts between her recent Strauss and Verdi characterizations. ‘Vocally, Freihild and Aida are rather different,’ she shares. ‘They both require a serious amount of technical control in the arias, but Aida is rather low [in tessitura] in the dramatic passages—other than the famous high C—whereas Freihild, like most of Strauss's heroines, has a higher tessitura. However, Aida has much more singing to do for the evening!’

Ms. Owens is also unusually attentive to the dramatic nuances that differentiate Freihild and Aida. ‘Character-wise, the similarities are slim between these women. We come upon Freihild at a desperate moment in her life [at which] she is prepared to commit suicide. Once she meets Guntram, her life revolves around him. All she desires is Guntram,’ she says. Aida, on the other hand, is motivated by vastly divergent passions, she intimates. ‘Aida is driven by love for her people, even to betray Radamès—the man she loves. The irony is the ending for both: Aida is reunited with Radamès in death, [but] Freihild must live the remainder of her life without Guntram, instead focusing on helping her people.’ For this discerning singer, simply having the notes in the voice is not sufficient justification for performing a rôle: she must also have the character in her heart and mind, which means that Freihild and Aida are more than grandiose utterances and one of the most cruelly-exposed top Cs in opera. 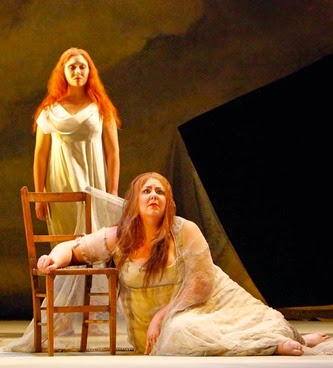 Still a young lady, Ms. Owens in nonetheless cognizant of both the challenges of building a long career in dramatic rôles and the responsibilities of sharing her methods of meeting those challenges with the next generation of Strauss singers. For her, the equation that must be used to solve the problems of Strauss rôles is deceptively simple: ‘Advice for a soprano specializing in Strauss = Technique,’ she explains. ‘So much technique! An excellent technique is the basis of all Strauss and Mozart. Without one, it's nearly impossible to get through these types of rôles alive.’ An artist as savvy as Ms. Owens is aware of the ruinous shortcuts that some singers try to take. ‘Singers can perform some repertoire with vocal tricks, but it's impossible in Strauss,’ she states. ‘[Strauss] provides some of the most difficult and beautiful music ever written for sopranos: [the] Kaiserin, Elektra, 4 Last Songs, Daphne. Before a singer can tackle [a] character, she must have the technical chops to sing through the piece.’ She also enjoins budding Straussians to embrace the texts of the composer’s works. ‘Enjoy the German language,’ she encourages, ‘because many of Strauss’s most popular operas were [written] with Hofmannsthal, and the libretti are gorgeous!’ Still, the prime consideration is and must always be the score. Ms. Owens advises, ‘Most importantly, be utterly and completely in love with the music. Strauss may have proclaimed himself a first-class second-rate composer, but his creations definitely prove the contrary!’

From both musical and dramaturgical perspectives, the operas of Richard Strauss are not always perfect, but his writing for the soprano voice is rarely less than magnificent. To adapt the composer’s own expression, first-class second-rate singers can give memorable performances of Strauss’s music, but to hear a rôle like Freihild in Guntram sung by Marjorie Owens is to hear the music as the composer intended it to be sung. Four months after the 1894 première of Guntram, Strauss married Pauline de Ahna: to what expressions of devotion might hearing the opulent voice of Marjorie Owens in his music have inspired him?

Marjorie Owens in represented in the United States by Columbia Artists Management Inc.

Heartfelt thanks to Ms. Owens for taking time from her hectic performance and rehearsal schedules to respond to questions for this profile. Gratitude is also extended to Kendra Rubinfeld of Kendra Rubinfeld PR for her facilitation of this article.