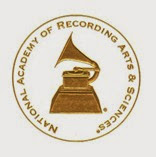 The panels charged with nominating artistic endeavors for recognition by mainstream awards organizations often inspire confusion and consternation with their selections, but GRAMMY® voters distinguished themselves by choosing competitive, artistically significant candidates for the 2015 Classical GRAMMY® Awards, a number of which have been featured on Voix des Arts.

Among the recordings vying to be honored as Best Classical Instrumental Solo is Jory Vinikour’s superb disc of modern American music for the instrument of which he is the consummate master, the harpsichord. Featuring music by Samuel Adler, Thomas Benjamin, Stephen Blumberg, Henry Cowell, Harold Meltzer, Patricia Morehead, Robert Moevs, Robert Muczynski, Mel Powell, and Ned Rorem, all thrillingly performed by Mr. Vinikour, Toccatas is a compelling reminder that neither the composition of music for the harpsichord nor extraordinary virtuosity among the instrument’s practitioners became extinct when Baroque idioms fell from favor [Sono Luminus DSL-92174; reviewed here].

Best Choral Performance nominees include René Jacobs’s revelatory recording of Johann Sebastian Bach’s iconic Matthäus-Passion [harmonia mundi HMC 802156.58; reviewed here] and Dunedin Consort’s moving account of Wolfgang Amadeus Mozart’s Requiem [Linn Records CKD 449; reviewed here]. Preserving unforgettable performances by Werner Güra as the Evangelist and Johannes Weiser as Christ, Maestro Jacobs’s Matthäus-Passion challenges traditions by looking deeply into the score for Bach’s true intentions. Dunedin Consort and Maestro John Butt do much the same with Mozart’s Requiem, taking as their inspiration the aim of reconstructing the work as it was first performed with the completion by Franz Xaver Süßmayr. Neither of these works is unfamiliar, but these performances reveal unseen facets of these cornerstones of the Western choral repertory.

Congratulations to all of the nominees for the 2015 Classical GRAMMY® Awards!