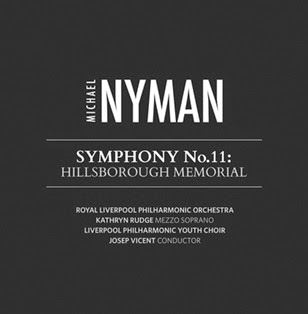 When the sun rose over Sheffield on Saturday, 15 April 1989, no one expected that by day’s end one of the most horrific disasters in the history of competitive sports would leave more than seven hundred English football fans injured and ninety-six fans of the Liverpool and Nottingham Forest Football Clubs dead. Seventy-eight of the dead had not yet reached the age of thirty. Likewise, few people might have imagined that the formal inquests into the catastrophe at Hillsborough Stadium would be obstructed by the ineptitude, corruption, and blatant dishonesty of the Thatcher government. Like the 9/11 terrorist attacks in the United States and the July 2005 London bombings, the Hillsborough disaster and its aftermath forever altered perceptions of public safety and the responsibilities of individuals and institutions in preserving it. After twenty-three years, the devastation of the tragedy at Hillsborough Stadium was intensified by an independent investigatory panel’s statement in September 2012 that the lives of as many as forty-one of those who died in 1989 might have been saved had medical attention been managed properly. On 5 July 2014, Michael Nyman’s Symphony No. 11: Hillsborough Memorial was premièred at Liverpool Cathedral in commemoration of the twenty-fifth anniversary of the Hillsborough Stadium calamity. With any work composed for or ultimately identified with the celebration or memorialization of a specific event, there is the danger that its topicality will limit the endurance of its appeal. Though Mr. Nyman’s Symphony No. 11 owes it genesis to a singular cataclysmic day in the history of sport, the significance of the score that the composer’s recollections of that atrocity produced is not dependent upon the listener’s knowledge of the horrors of 15 April 1989. Mr. Nyman has crafted a work of imposing musical grandeur that is a monument to public and private grief: like Benjamin Britten’s War Requiem, Hillsborough Memorial transcends the circumstances of its creation. It is not surprising that Mr. Nyman composed meaningful, memorable music, but the phenomenal quality of this recording of his Symphony No. 11 is extraordinary in any context.

It is interesting to note that the first movement—the portion of the work that might be thought to most significantly impact its endurance beyond commemoration of the Hillsborough disaster—is one of the strongest components of the Symphony’s success. ‘The Singing of the Names’ is precisely what it purports to be, a musical setting of the full names of the ninety-six people who lost their lives at Hillsborough Stadium on 15 April 1989. Sung by Liverpudlian mezzo-soprano Kathryn Rudge, Mr. Nyman’s music generates tremendous emotional impact, the simplicity of the gesture of incorporating the names of the fallen into the musical landscape proving extraordinarily poignant. Mr. Nyman’s familiar compositional idiom is evident, but the subtly shifting harmonies of his unabashed tonalism obliterate any suggestions of monotony. Ms. Rudge’s golden tones contribute memorably to the rapt sincerity of ‘The Singing of the Names,’ and she easily covers the full range of the vocal lines whilst phrasing with distinction.

The impressions made by the singing of the Liverpool Philharmonic Youth Choir and the playing of the Royal Liverpool Philharmonic Orchestra in the Symphony’s subsequent three movements—‘Family Reflections,’ ‘The 96,’ and ‘Memorial’—are deeply stimulating. Maestro Josep Vicent conducts the performance with compelling sense of occasion allied with meticulous control made all the more impressive by the chorus having been recorded separately. The angry climax to which the Symphony builds is stirringly realized by the musical personnel, but the contours of the music are not distorted in the interest of emphasizing the composer’s justifiably exasperated reaction to the gross mishandling of response to the Hillsborough tragedy by the Thatcher government. The Choir’s singing in ‘Family Reflections’ is wonderfully expressive even when the vocal lines tax the young choristers, and the Orchestra’s sonorous playing highlights the shimmering colors of Mr. Nyman’s melodic strands. The emotion conveyed by the choir’s singing is nothing short of remarkable, and the youngsters sing with a purity that in some ways seems to intensify the sting of the text. It is perhaps the juxtaposition of innocence with the terrible experience of tragedy that is the catalyst for this profundity, but Mr. Nyman’s music provides the elemental forces that interact with unstinting power. Though their styles are very different, there are echoes of Elgar, Finzi, Vaughan Williams, and Britten in Mr. Nyman’s way of constructing musical peaks that explore unexpected nuances of text—even when the text is a simple list of names. Mr. Nyman’s path is entirely his own, but by synthesizing the traditions of the most gifted of his countrymen into an individual voice in ‘Family Reflections’ and ‘The 96’ he weaves his very personal response to the events at Hillsborough Stadium into the bloodstained tapestry depicting England’s darkest hours.

‘Memorial’ is one of Mr. Nyman’s most beautiful inventions, and it finds an ideal new purpose as the closing movement of Symphony No. 11. This is not music of mourning but of laughing at embarrassing childhood photographs and remembering pints shared at neighborhood pubs in carefree hours after football matches won and lost. ‘Memorial’ draws from all of the musicians a performance of immense zeal that fully unfurls the threads of sorrow, strength, and transcendence that bind the ambivalent sentiments of Mr. Nyman’s musical ingenuity into an affectingly congruous entity.

Sir Winston Churchill wrote that ‘we shall draw from the heart of suffering itself the means of inspiration and survival.’ It is this philosophy of refining from the tumult of loss, controversy, and unanswered questions the spirits of recovery and rededication that reverberates in every bar of Michael Nyman’s Symphony No. 11. This superb recording preserves a heartfelt performance of a fitting and provocative commemoration of a tragedy that, both in honor of those who died and in recognition of the appalling lessons of that day in 1989, must not be forgotten.