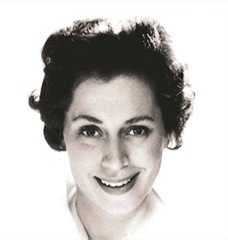 There are in the history of opera those few artists who become not merely celebrated singers of their own times but are remembered by subsequent generations as pioneers or agents of change, their work forever identified with a particular composer, a style, or a role.  For the towering Wagnerian heroines, there was Kirsten Flagstad; for bel canto, Maria Callas; for Baroque music, Dame Janet Baker.  Thus, when one thinks – and, indeed, that one thinks at all – of the operas of Leoš Janáček, it is impossible not to remember the work of Elisabeth Söderström, the beautiful Swedish soprano who through riveting performances and a series of standard-setting studio recordings with Sir Charles Mackerras for DECCA brought to Janáček’s operas the appreciation they deserved but, prior to Ms. Söderström’s work, had rarely received outside of Prague and Bratislava.

Born in Stockholm, Ms. Söderström’s earliest musical studies were undertaken in her native city, leading to a debut at the young age of twenty in Mozart’s Bastien und Bastienne at the Drottingholm Palace Theatre.  The music of Mozart would figure prominently in Ms. Söderström’s career, facilitating her 1959 Metropolitan Opera debut as Susanna and culminating in a recording of the Contessa in Le Nozze di Figaro for Otto Klemperer (with whom she also recorded a monumental account of Beethoven’s Missa solemnis) that, despite the recording’s defects, many still consider a pinnacle of interpretation of the role.  An element of traditional Scandinavian coolness gave Ms. Söderström’s operatic work an air of aristocratic restraint, a quality that proved revelatory when she sang Debussy’s Mélisande for Pierre Boulez at Covent Garden.  The Sony recording, with the fine and underappreciated American tenor George Shirley as Pelléas, that resulted from the 1969 – 70 Covent Garden production (finally reissued by Sony earlier this year) likewise remains an important milestone in the interpretation of Debussy’s scores on records.

In addition to her unique interpretive insights, Ms. Söderström’s work was marked by uncommon versatility, her repertory ranging from Monteverdi (including an unsurpassed recording of Nerone in L’Incoronazione di Poppea for Nikolaus Harnoncourt) to contemporary works.  In mainstream repertory, she was one of the few artists ever to sing Octavian, Sophie, and the Marschallin in Der Rosenkavalier (she quipped that, when her upper register began to fade, she would also take on Baron Ochs), triumphantly returning to the MET roster in the spring of 1983 after a two-decade absence for an American tour as the Marschallin.  She returned to the MET in the 1983 - 84 season to sing Ellen Orford in Benjamin Britten’s Peter Grimes, a largely thankless role in which many sopranos fail to make an impression.  Of Ms. Söderström’s performance, Irving Kolodin wrote in the Saturday Review of Literature that ‘in the taxing role of Ellen Orford, the widowed schoolmarm who tries somehow to rescue Grimes from his fated future, other MET casts have had a few who were good-looking and another one or two who were well-known.  Söderström adds to excellent sound and a fine appearance a distinction that most others have lacked: the capacity to evoke an Ellen whom Grimes professes to love, for all his incapacities to overcome obstacles between them.’  It was as the aging Countess in Tchaikovsky’s Pikovaya Dama that Ms. Söderström gave her last performance at the MET on 15 April 1999, having come out of retirement (as she said in interviews at that time) because of her desire to work with Plácido Domingo, who sang Gherman in the MET’s production.

Throughout her career, Ms. Söderström’s work was noted for its display of stunning insights, her reserve and slightly dry timbre making the flashes of full-throated passion and pathos all the more thrilling.  As Tatyana in Tchaikovsky’s Yevgeny Onegin, she was to the life both the poised country bourgeoise (and thus a suitably grand consort for Prince Gremin) and the young girl in the first flushes of an extraordinary love.  The dramatic profundity and vocal precision of her operatic work were equally evident in her concerts and recitals, which took her all over the world.

Ms. Söderström’s artistic home base was the Royal Swedish Opera, where she sang frequently during the decades when she was not appearing at the MET.  The mother of three sons, Ms. Söderström devoted herself to her children’s upbringing, mostly taking on engagements in or near Sweden whilst her sons were at school.

As expansive as her stage repertory, Ms. Söderström’s recorded legacy includes such landmarks as the complete songs of Sergei Rachmaninoff, accompanied by Vladimir Ashkenazy, but her discography is dominated by her Janáček portrayals: the title roles in Jenůfa and Káťa Kabanová and Emilia Marty in Vĕc Makropulos.  In each of her Janáček recordings Ms. Söderström shone with expressive radiance, fully introducing these fascinating scores to Western listeners who knew them only from infrequently-circulating Supraphon recordings, but with her intense, disturbing performance in Věc Makropulos she created one of the true treasures of recorded opera, a paragon worthy of inclusion with Flagstad’s Isolde, Callas’ Norma, and Schwarzkopf’s Donna Elvira.

An achievement even more meaningful than her long career was Ms. Söderström’s six-decade marriage with her husband, Sverker Olow, whom she married in 1950.  Ms. Söderström, who succumbed on 20 November in Stockholm to several years of complications from a stroke, is survived by Mr. Olow and their three sons.

It is rare that an artist sings the breadth of repertory that Elisabeth Söderström sang during her career, but it is even rarer that an artist gives memorable performances in every role within that spectrum.  It is thus that Ms. Söderström is best remembered, as one of twentieth-century opera’s greatest but least conceited pioneers and agents of change. 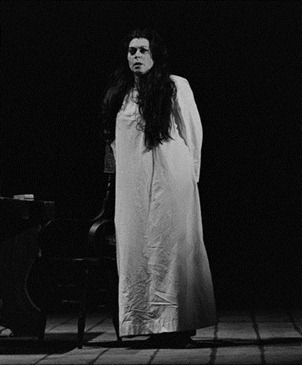