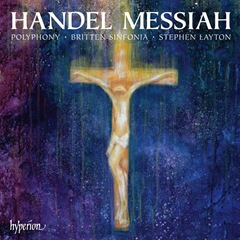 The annual approach of Advent carries with it a certain dread for many musicians and music lovers for it is known that, in those days between American Thanksgiving and Christmas, virtually every chorister – amateur and professional – from Sydney to Seattle turns his attention to Messiah. Though he surely recognized the quality of the score he had produced, it is doubtful that even Händel at his most ambitious could have imagined the wide-ranging exposure his oratorio would enjoy in the centuries to follow its 1742 premiere in Dublin. Wherever English is spoken, Messiah is a part of the collective musical conscience, an integral element of a pervasive cultural ancestry that shapes artistic perceptions, whether native or adopted. Separated from its unique significance for English-speaking audiences and its Christian indoctrination, Messiah remains a landmark in Western music. However many Messiahs one has heard, a genuinely great performance reveals anew the power of Messiah to impress and move.

Still, a sense of Messiah fatigue is difficult to avoid, especially with the glut of recordings on the market. Particularly with the emergence of the Händel Renaissance during the past three decades, many conductors active in the field of historically-informed performance practices have committed their individual interpretations of Messiah to disc. The release of Christopher Hogwood’s L’Oiseau Lyre recording (using the 1754 Foundling Hospital version of the score) represented a turning point in the Messiah discography: with the exception of Sir Andrew Davis’ Toronto recording for EMI, the age of the big-boned, massive-force Messiah recordings was at its end. Messiah is problematic even for period-practice specialists because it exists in several versions that variously assimilate and discard changes made by Händel for different performers and venues. There is no single definitive version (or edition), ensuring varieties of approach and content among Messiah’s many recordings, but this cannot entirely eradicate the weariness of the saturated market. Thus, excitement at the release of a new recording of Messiah is an exceptionally rare commodity.

When hearing Hyperion’s new recording, a souvenir of the 2008 installment in Polyphony’s fifteen-year tradition of performing Messiah at St John’s, Smith Square during the Christmas season, twinges of excitement are undeniable. Conductor Stephen Layton clearly possesses both affection and respect for Händel’s score, qualities that are evident throughout this performance. Presiding over forces of proportions (twenty-four players, including harpsichordist and organist, and thirty-one choristers) that are likely similar to those employed by Händel, Maestro Layton offers an approach to Messiah that honors the scholarship of the past thirty years without carving away all the fat and forcing down the throats of his listeners a parched, dustily academic Messiah. Even with relatively small ensembles of players and singers at his disposal, Maestro Layton summons suitable swells of sound for the grand choruses; not the stirring cacophonies familiar from the legendary performances conducted by Sir Thomas Beecham and Sir Malcolm Sargent, of course, but grandeur on a scale appropriate to the music in what might be taken for more or less its original form. Where Maestro Layton nods most perceptibly to the Grand Tradition of Beecham and Sargent is in choices of tempo. Rather than setting everything at a rapid pace after the manner of many period-practice specialists, Maestro Layton is unafraid of giving his singers – solo and choral – time in which to execute their divisions cleanly and crisply. Likewise, there is attention in Maestro Layton’s work to preserving momentum in numbers with slower tempi: ‘He was despised,’ for instance, is given a devoutly expansive performance that never threatens to lag. Maestro Layton perhaps proves most successful because he contributes to Messiah’s extensive discography a shapely, compelling performance that is not encumbered by any efforts at making an ostentatious ‘personal stamp’ on the score.

In the context of this recording, Polyphony seem to be an ideal ensemble for Messiah. Using both female and male altos and a careful distribution among singers that avoids over-prominence in any of the parts, Polyphony sing with secure, pointed tone and deliver the complex fugal passages with complete mastery. The ensemble’s hushed singing in a number like ‘Since by man came death’ is raptly beautiful, but they are also successful in summoning the tonal resources required to bring thrilling vigor to the famously extroverted choruses. Polyphony’s training and commitment are evident in the fact that no weak links emerge among any of the voices as the performance progresses. In this, they are superbly supported by the Britten Sinfonia, one of Britain’s busiest and most acclaimed chamber orchestras. The Sinfonia complement Polyphony with equal virtuosity and rhythmic accuracy, doubling the voices in fugues with perfect precision. Solo passages among the instruments are elegantly handled without compromising the integrity of the ensemble playing. The Sinfonia adapt their playing to the style of each number, bringing a particularly pleasing lightness to the Arcadian Pifa. Guided by Maestro Layton, both Polyphony and the Britten Sinfonia contribute music-making that honors both tradition and scholarship without making of Messiah a museum piece.

Encountered first among the quartet of British soloists, tenor Allan Clayton sings his opening recitative and aria with technical aplomb, the divisions sung with apparent ease. In his later, more contemplative arias, Mr. Clayton remains very impressive: the anguished ‘'Behold and see’ draws from him very expressive singing that vividly conveys the meaning of the text without jeopardizing the beauty of the voice. Mr. Clayton’s performance reveals an exciting young voice with first-rate potential.

Bass-baritone Andrew Foster-Williams commands attention and admiration in each of his contributions to the performance. His opening recitative, ‘Thus saith the Lord of Hosts,’ is delivered with powerful tone and astonishing technique. For a singer who displays such authority in the vocal intricacies of Baroque music, Mr. Foster-Williams possesses a rich and rolling voice, reminiscent (among his countrymen) more of the magnificent Gwynne Howell than any of the thinner-voiced, Baroque-specialist basses. In this recording, Mr. Foster-Williams sings with attention to the text and to the subtle nuances of Händel’s word-painting, coloring his tone to match the inflections of the music. Each of Mr. Foster-Williams’ arias is a feast, but his accounts of ‘Why do the nations’ and ‘The trumpet shall sound’ are of special note. In recent memory, only the young Samuel Ramey rivals Mr. Foster-Williams’ performance of his arias in Messiah for flair and vocal opulence.

Several recorded performances of Messiah have floundered with the use of a countertenor in the alto arias. This recording is fortunate, however, to include the work of young countertenor Iestyn Davies, who also recorded Messiah with Edward Higginbottom for Naxos. [Mr. Clayton, too, has previously recorded Messiah, in EMI’s set drawn from an April 2009 performance broadcast worldwide from King’s College, Cambridge.] In each of his arias, Mr. Davies sings with great assurance and remarkably even, beautiful tone. Many countertenors lack the tonal depth to fully convey the sorrow of ‘He was despised,’ but this aria is perhaps the most touching and purely lovely portion of Mr. Davies’ performance. His ornamentation of his arias is tasteful and stylish, and his alertness to the emotional progression of the music is uninhibited by its difficulty. Mr. Davies has not the slightest hint of the ‘hootiness’ that affects many countertenors, especially those trained in the British tradition, and he gives evidence in this performance not merely of an unusually fine voice but also of first-rank artistry.

Like her colleagues, soprano Julia Doyle sings with crispness and good diction, shaping her reflective arias with poise. Her great coloratura challenge, ‘Rejoice greatly,’ is met delightfully, the divisions tossed off with an apt sense of joy. Ms. Doyle also ornaments gracefully, crowning several of her solos with gleaming, interpolated top notes. Ms. Doyle conquers the soprano’s greatest test in Messiah, the radiant ‘I know that my Redeemer liveth,’ with an approach free from affectation: giving full value to the breadth of the music, Ms. Doyle highlights the quiet exaltation of the text with the purity of her singing. Ms. Doyle’s performance makes a very positive impression and on the whole stands proud among her recorded rivals, whose ranks include many of the finest sopranos of the past century.

The version of Messiah performed for this recording essentially follows the sequence likely devised by Händel for use in London in 1750, when ‘But who may abide’ was substantially recomposed for the famous castrato Guadagni. ‘But who may abide’ and ‘Thou art gone up on high’ are therefore heard in their alto incarnations, while ‘But thou didst not leave’ is assigned to the soprano.

Scholarship is a tool necessary to any quest for understanding of the historical foundations and cultural significance of a particular score. Academics are not at the heart of Messiah, however, and this surely explains why, decades after their musical values have been discredited as antiquated and sometimes embarrassingly wrongheaded, many listeners cling with soulful devotion to their Messiah recordings that present the score on a Wagnerian scale. The stylistic nuts and bolts of an ensemble’s approach to Messiah are not as important as the spirit with which they take up the music. Hyperion’s new recording, offering an ensemble of conductor, soloists, choristers, and orchestra who all perform with unimpeded vitality, restores to Messiah its capacity to inspire without challenging the listener to a period-practice duel. It is the sort of performance about which one remembers the beautiful catharsis of the journey rather than the bumps and twists of every road. 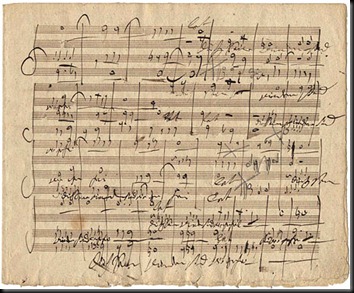