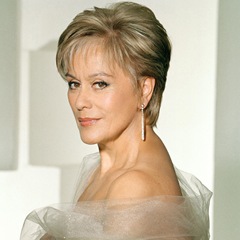 One of the foremost hallmarks of a great artist is the instinctive knowledge of when the time has come to bid a fond farewell to singing.  Many performers go on singing far too long or else subject their admirers to ridiculously endless schedules of ‘last’ performances that tarnish memories of their voices in prime condition.  Still, it is always with sadness that one says goodbye to an artist with whose work one has been acquainted for an extensive period of time, and there was regret even among those who would never admit it when rumors circulated that Dame Kiri Te Kanawa had reached the decision to end her singing career in order to focus her energy on fund-raising and developing new generations of New Zealand artists.

The Washington Performing Arts Society, the sponsor of Ms. Te Kanawa’s recital on Saturday evening, billed the event as her ‘final D.C. recital.’  Her appearances in the Metropolitan Opera’s spring 2010 revival of the Laurent Pelly production of Donizetti’s La Fille du Régiment (in the speaking role of the Duchesse de Krakenthorp, which Ms. Te Kanawa has stated that she will sing in part) have been acknowledged as her farewell to the MET.  In the course of brief remarks during her Kennedy Center recital on Saturday evening, however, Ms. Te Kanawa indicated that she may be rethinking her decision to curtail her singing career: at the age of sixty-five and enjoying both physical and vocal health, she suggested that Washington may well hear her again.  The slightly-less-than-capacity audience in Kennedy Center’s 2,400-seat Concert Hall received Ms. Te Kanawa’s subtle announcement with considerable enthusiasm.

Accompanied by the expert pianist Brian Zeger, known to audiences of the Metropolitan Opera’s Saturday matinee broadcasts for his contributions to the ‘Opera Quiz’ segments, Ms. Te Kanawa offered an expansive programme that drew upon the full range of repertory familiar from her long career.  Mr. Zeger displayed superb versatility, adapting his playing to match the styles of each segment in Ms. Te Kanawa’s programme.  Mr. Zeger played especially well in songs by Claude Debussy and Franz Liszt, and he brought eloquence and polish to songs by Canteloube (the familiar Chants d’Auvergne, Ms. Te Kanawa’s DECCA recording of which remains one of the label’s best-selling releases) and Richard Strauss – predictable fare, considering Ms. Te Kanawa’s long associations with this music.

It was a very welcome surprise that Ms. Te Kanawa chose to open her recital with a segment of four selections from Baroque operas by Händel and Vivaldi.  Few sopranos of any generation would choose to start an evening with Cleopatra’s towering ‘Piangerò la sorte mia’ from Händel’s Giulio Cesare, one of those remarkable arias in which overwhelming emotion erupts through Händel’s beautiful, time-suspending music.  Ms. Te Kanawa sang both this and the more predictable ‘Lascia ch’io pianga’ from Händel’s Rinaldo with lovely tone and attention to the text.  The sprightly aria ‘Io son quel gelsomino’ from Vivaldi’s opera Arsilda, regina di Ponto was the least convincing number in the set, its roulades approximated.  Remarkable, though, was Ms. Te Kanawa’s singing of ‘Care selve’ from Händel’s Atalanta, a brief arietta so fetching that its very brevity seems unfair to the listener.  In this number, the legendary Te Kanawa magic emerged, the words on the breath and unexaggerated and the tone floated hypnotically.  For Baroque purists, there was even a well-shaped, genuine trill.  Ms. Te Kanawa’s engagement with Baroque repertory during the prime of her operatic career was slight, but for the two minutes of ‘Care selve’ she displayed a rare understanding of the qualities that can make even a brief Händel aria unforgettable.

Equally beguiling was Ms. Te Kanawa’s soft singing throughout the recital, particularly in Reynaldo Hahn’s pseudo-Baroque ‘À Chloris’ and the other French numbers, including a beautiful mélodie by Fauré.  Diction and rhythm lagged somewhat in these and in songs by Puccini and Wolf-Ferrari, to which Ms. Te Kanawa brought compensatory charm.

Ms. Te Kanawa will return, perhaps for the last time (as has been widely reported in the press: Ms. Te Kanawa has made no definitive comment on the matter other than to state that she is not retiring), to her signature role of the Marschallin in Richard Strauss’ Der Rosenkavalier in Cologne in April 2010.  The music of Strauss has been central to Ms. Te Kanawa’s repertory since the beginning of her international career.  A certain measure of the flexibility familiar from her studio recordings and mid-career performances of Arabella, Capriccio, and Rosenkavalier is now missing, but Ms. Te Kanawa retains the innate knowledge of how to deal with Strauss’ Lieder, some of which are virtually operas in miniature.  As ever with this artist, musical values were given greater prominence than detailed attention to nuances of the text, but the quality of the singing justified the emphasis on vocalism.

Ms. Te Kanawa was joined by Washington Performing Arts Society’s Children of the Gospel Choir, an ensemble comprised of District-area schoolchildren under the direction of Stanley J. Thurston, for the ‘Pie Jesu’ from Andrew Lloyd Webber’s Requiem and César Franck’s ‘Panis Angelicus.’  The obvious joy in singing displayed by the Choir was delightful, and they complemented Ms. Te Kanawa’s singing with their own full-bodied, smoothly-blended tone.

Ms. Te Kanawa brought the evening to a close with two encores, both of them nods to her musical roots.  The first item was the aria, so familiar as to risk banality, ‘O mio babbino caro’ from Puccini’s Gianni Schicchi, a piece that Ms. Te Kanawa famously sang on the soundtrack of the Merchant/Ivory film A Room with a View.  The exquisite poise remains intact, the top A-flats floated with something near the erstwhile authority.  The second piece, the Maori folksong ‘Po Kari-Kari Ana,’ sung a cappella, was simply magnificent, with Ms. Te Kanawa providing her most radiant singing of the evening.  It was a sublime ending to an evening that provided many glimpses of a legendary singer as she was at the top of her form.

Whether or not Dame Kiri Te Kanawa will be heard again in the Washington area, she left the audience for Saturday evening’s recital with decidedly pleasant memories of her work.  This recital was not an occasion for achieving extraordinary interpretive heights, but Ms. Te Kanawa reminded her listeners that singing is, above all, about the voice.  Though not what it once was, Ms. Te Kanawa’s voice remains a beautiful, even lyric soprano that has been preserved through a long career through careful choices of repertory.  Ms. Te Kanawa quipped during the recital that her programme was dominated by slow songs because she likes them, but these intimate pieces suit her voice at this point in her career very well.  All was not perfect, but there was plentiful evidence that Oscar Hammerstein II was right after all: even in the late autumn of her career, there is nothing like a Dame. 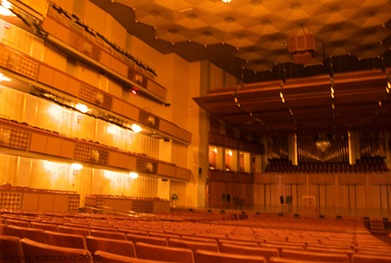