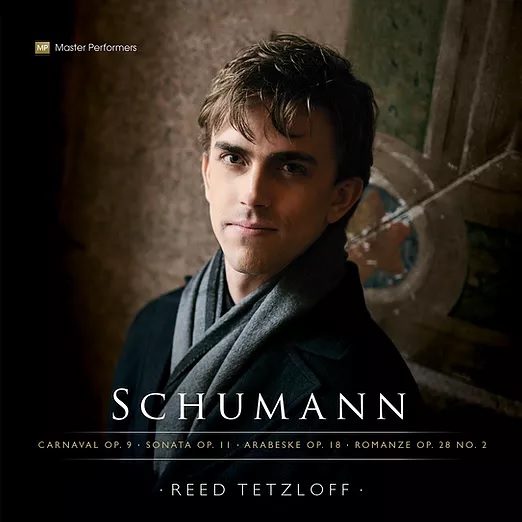 It is perhaps inevitable that observers armed with the products of decades of musicological research and critical analysis scrutinize works of art for indications of the maladies both physiological and psychological that plagued their creators. Are the occasional repetitions and unresolved subplots in Dame Iris Murdoch’s novels harbingers of Alzheimer’s? Do the manipulations of gender paradigms in The Garden of Eden parallel the neuroses that undermined Ernest Hemingway’s relationships and ultimately precipitated his suicide? Are there auguries in Vincent van Gogh’s early canvasses of the insecurities that tormented him?

Music provides myriad opportunities for well-intentioned sleuthing. Why did a composer choose one key over another? Why is an expected cadence denied? Why were conventions respected or discarded? It is not surprising that listeners who are acquainted with details of the life of Robert Schumann, not least the psychosis that effected suicide attempts and necessitated institutionalization during the final two years of his life, examine performances of his music in search of aural manifestations of the composer’s mental deterioration. In this context, ignorance may well be bliss: intriguing as probing Schumann’s music for symptoms of waning sanity can be, it is far more satisfying to merely enjoy it. What abounds most plentifully in Schumann’s work is genius, and no special investigative skills are needed to perceive it.

It is also natural for attentive listeners to survey young artists’ recordings with ears attuned to suggestions of artistic evolution, career trajectories, and interpretive proclivities. Just as Schumann’s music is arguably best enjoyed without pretexts, the listener without knowledge of a musician’s training, accomplishments, and aspirations may be best able to hear and appreciate a performance on its own terms. The dedication, preparation, and study that gave rise to this inspiriting Master Performers recording of some of Schumann’s most demanding music for solo piano deserve diligent appraisal, but it is the originality of the perspectives with which Reed Tetzloff approaches the music, especially the much-recorded Carnaval, that offers the most tantalizing glimpse of this young pianist’s artistic path.

Composed during 1834 and 1835 and dedicated to Polish violinist and composer Karol Lipiński, a rival of Niccolò Paganini whose performance of Beethoven’s Kreutzer Sonata with Franz Liszt at the piano remains one of the most legendary events in music history, Schumann’s Opus 9 Carnaval rose from the ruins of an abandoned series of variations on a melody by Schubert. In this excitingly innovative work, the young Schumann’s fascination with tonal cryptography, encoded subtexts, musical portraiture, and self-quotations yields intriguing surveys of the piano’s technical capabilities and capacity for tonal diversity. Schumann’s depictions of literary and musical influences, artistic rivalries, and facets of his own psyche test a pianist’s interpretive resources, the music’s difficulties demanding concentration that limits some performers’ explorations of Carnaval’s psychological nuances.

It was not without reason that Schumann and his beloved wife Clara, one of the most accomplished concert pianists of the Nineteenth Century, surmised that his piano music was too demanding to be viable for any but the most virtuosic pianists. In the performance on this disc, Tetzloff confronts Schumann’s challenges without hesitation, his technique winning every battle, but the interpretive prowess that his playing wields is no less remarkable. Unmistakably invigorated rather than intimidated by Schumann’s music, this young pianist immerses himself in Carnaval, elucidating the imagination with which the composer portrayed his conflicting musical personalities.

From the first bars of the Quasi maestoso Préambule, it is apparent that Tetzloff’s approach to Carnaval is informed but in no way inhibited by tradition. The music’s origins in an aborted homage to Schubert are especially evident in this performance, Tetzloff emphasizing this influence as a way of focusing the listener’s attention on the ingenuity of Schumann’s subsequent invention. The commedia dell’arte episodes that follow, ‘Pierrot’ and ‘Arlequin,’ are subtly but strongly characterized, the contrasting moods of the music projected with rhythmic articulation rather than interpretive exaggeration. Phrased by Tetzloff with eloquence befitting its title, the Valse noble here serves as a sort of processional introducing the Adagio ‘Eusebius’ and Passionato ‘Florestan,’ the manifestations of Schumann’s metaphysical dual personas. In this performance, which treats the music as a spirited discourse between the two voices, the ambiguities of both segments are meticulously explored, seriousness and frivolity given uniform prominence.

Pseudo-Baroque sensibilities transform Tetzloff’s playing of ‘Coquette’ and ‘Replique’ into a coy, courtly exchange that only partially masks libidinous undertones. The ‘Papillons’—of no relation to Schumann’s more famous creation with the same title—flutter seductively in the atmosphere conjured by the pianist’s quicksilver sounding of the notes. The ‘Lettres dansantes’ of ‘A.S.C.H.  S.C.H.A.’ are delivered with diligent adherence to Schumann’s markings, Tetzloff’s playing again suggesting an introduction to the deeply personal movements that follow. ‘Chiarina,’ the composer’s Passionato depiction of Clara, benefits from an unaffected reading, the depth of feeling permitted to emanate from the music instead of being imposed upon it.

Acquaintance with the Polish master’s musical language permeates Tetzloff’s account of Schumann’s Agitato nod to Fryderyk Chopin. ‘Estrella’ is likely a portrayal of the Austrian pianist Ernestine von Fricken, with whom Schumann fell in love soon after their first meeting in 1834, and ‘Reconnaissance’ is often regarded as a recounting of a meeting between Schumann and von Fricken, from whom the composer seemingly broke precipitously. Tetzloff effectuates the music’s youthful impetuosity compellingly but without a limiting sentimental agenda. Rather, the listener is tasked with identifying and reacting to the emotions in the music and, thereby, with becoming an active participant in the performance.

Commedia dell’arte figures return in ‘Pantalon et Colombine,’ their stylized joviality animated by the restless energy of Tetzloff’s playing of the coruscating rhythmic figurations. The ‘Valse allemande’ and its Intermezzo, vestiges of Paganini’s dazzling virtuosity igniting the latter, constitute an organic whole that is not unlike a da capo aria, and this performance illustrates this kinship with particular clarity, the melodic line rendered with the finesse of a master of bel canto. This is also true of Tetzloff’s playing of the unabashedly romantic ‘Aveu,’ in which the pianist’s fingers are transformed into the voice of an ardent lover. Both the stately ‘Promenade’ and the recapitulatory ‘Pause’ are phrased with comprehension of the music’s textural patterns that does not preclude strikingly individual handling of rhythms and harmonic progressions.

Schumann perpetrated an act of musical subterfuge in Carnaval’s final episode, the ‘Marche des “Davidsbündler” contre les Philistins,’ referencing a Seventeenth-Century subject representing the outmoded Philistines that was in fact drawn from his own Opus 2 Papillons. With his propulsive performance of the Marche, Tetzloff resolves Carnaval with a thought-provoking fusion of spontaneity and inexorability. This amalgamation is present in much of Schumann’s work but is heard in too few traversals of Carnaval. The brilliance with which Tetzloff plays Carnaval distinguishes him as a pianist with extraordinary talent. The novelty of his interpretation, wholly faithful to both the music and his own insights, exhibits artistry that equals his technical acumen.

Schumann’s Opus 11, the Grand Sonata in F♯ minor, was completed in 1835 and published with a semi-pseudonymous dedication to Clara. Now often overshadowed by his two later sonatas, Schumann’s first effort in the genre is in its structural flexibility and emotional intensity his most adventurous. The intelligently-gauged boldness and buoyancy of Tetzloff’s playing are ideally suited to Opus 11’s zeal, but, as in his performance of Carnaval, it is the expressive vitality of his reading of the sonata that reveals the depth of his respect for the music. The opening movement, evolving from ​Un poco adagio to Allegro vivace, is played with absolute commitment to observing the composer’​s dynamic markings. Tetzloff exults in the lyricism of the ​Aria​, its melodic line derived from Schumann’s Lied ‘Nicht im Tale der süßen Heimat,’ the delicacy of his phrasing adroitly creating the mandated ‘Senza passione, ma espressivo’ aura.

Tetzloff launches the Scherzo with a finely-judged realization of the requested Allegrissimo, his fiery playing of passagework thrillingly creating tension that he counteracts with a nimbly-managed transition to the D-major Intermezzo. The reprise of the Allegrissimo startles: though dictated by form, the immediacy of Tetzloff’s pianism makes the reversion to agitation unexpected. The sonata’s finale is an Allegro un poco maestoso journey from the base key of F♯ minor to F♯ major, achieved via dynamic contrasts and harmonic shifts that Tetzloff plays with unfaltering mastery. The critical sforzandi in the movement’s final pages receive unstinting power, the richness of the instrument’s timbre utilized to end the sonata with symphonic grandeur. Tetzloff’s playing of the sonata is a testament to his superlative training, but, no less significantly, it is also an irrefutable vindication of the merits of Schumann’s first sonata.

Following his superb performances of Carnaval and the F♯-minor Sonata, Tetzloff’s playing of the Opus 18 Arabeske and the Romanze (Opus 28, No. 2) provides the disc with a pair of echt-Romantic encore numbers that reveal sparkling aspects of the young pianist’s artistic temperament—his own Eusebius and Florestan, perhaps. Like those of their larger-scaled brethren, his performances of both pieces are shaped by study of the scores but are entirely his own interpretations. Rather than excessively cerebral, studio-bound accounts that, in the manner of museum exhibits encased in impenetrable glass, separate the listener from the music, the performances on this disc invite the listener to interact with Schumann’s music as though it were being heard for the first time. Communicating gracefully and intelligibly through music is a gift that Reed Tetzloff shares with the composer whose music he here plays with uncommon perceptiveness.