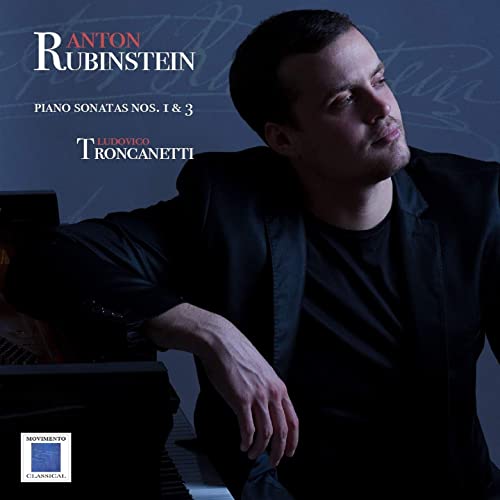 Eight years before the bicentennial of his birth will be observed, Anton Rubinstein’s importance to music both in and beyond Russia thrives, not least in the halls of the Saint Petersburg Conservatory, the venerable institution of musical instruction—and alma mater of Tchaikovsky, Prokofiev, and Shostakovich—founded under Rubinstein’s guidance in 1862. Unlike his younger brother Nikolai’s fifteen-year stint as leader of the Moscow Conservatory, the elder Rubinstein’s tenure at the helm of the organization he inaugurated was brief, but his work as an acclaimed conductor, a respected pedagogue whose pupils included Tchaikovsky, and, above all, one of the Nineteenth Century’s most celebrated piano virtuosi secured a legacy that continues to shape the creation of music and the education of musicians.

127 years after his death, Rubinstein is esteemed as a composer principally on the merits of his six symphonies and his 1871 operatic setting of Mikhail Yuryevich Lermontov’s seminal poem ‘The Demon,’ none of which are now widely performed outside of Russia despite the advocacy of artists of the caliber of conductor Igor Golovchin and the late baritone Dmitri Hvorostovsky, who excelled in the title rôle of The Demon. Sadly, Rubinstein’s reputation as a peer of Franz Liszt has enticed few of today’s pianists to explore the Russian composer’s œuvre for solo piano, a substantial body of work that encompasses pieces in a variety of styles and genres. The cornerstones of Rubinstein’s output for piano are his four sonatas, their collective genesis spanning more than three decades of his career, works of expert craftsmanship and imagination that merit but still struggle to occupy places in the repertoires of enterprising pianists.

This recording of two of Rubinstein’s sonatas by Siena-born pianist Ludovico Troncanetti is extraordinarily welcome. A resolute proponent of Rubinstein’s music for piano, Troncanetti studied with fellow pianists Leslie Howard and Pier Narciso Masi, both of whom share their pupil’s interest in rediscovering significant works that have been neglected by other pianists. In the performances of Rubinstein’s first and third sonatas on this disc, Troncanetti continues an industrious survey of the composer’s music that has already yielded an acclaimed interpretation of Rubinstein’s Opus 45 Piano Concerto in G major. The pianist had an instrument with a clear, resonant timbre at his disposal for this recording, but neither his vividly-articulated playing nor the piano’s tone is ideally served by the recorded ambiance. Lacking depth and aural perspective, the engineered sound deprives the piano’s voice of space in which to bloom. [Due to the difficulty of obtaining physical copies of Movimento Classical releases in the USA, this review is based upon hearing the recording in digital audio format.] Nevertheless, Troncanetti’s playing triumphs, transcending sonic limitations with performances distinguished by intuitive tone painting and unimpeachable musicality.

The first of Rubinstein’s four piano sonatas, his Opus 12 Sonata in E minor, is a youthful piece, too accomplished to be regarded as juvenilia but nonetheless the work of a precious teenager. The unsullied brio of the young permeates the sonata, likely written in 1847 and 1848, but the technical demands of the music irrefutably affirm that, even before reaching the age of twenty, Rubinstein was a pianist of singular ability. The sonata’s opening Allegro appassionato movement is a tour de force of tremoli, arpeggi, and triplets in octaves. Troncanetti effectuates these feats intrepidly but also sculpts the meandering, unmistakably Russian melodic line with poetic lyricism. Similarly, he phrases the expansive melody that introduces the Andante largamente movement with compelling tenderness. In this performance, the central transition from C major to A minor is revealed to be no mere stylistic formality. Troncanetti probes the emotional gravity of Rubinstein’s management of modulations, finding nuances in the music that belie the composer’s youth and relative inexperience.

Reminiscences of Mendelssohn and Schumann echo in the third movement, a playful Moderato scherzo in which Rubinstein honed his contrapuntal skills. Troncanetti brings the sort of lucid realizations of subjects and countersubjects more often heard in performances of music by Johann Sebastian Bach to his reading of Rubinstein’s scherzo. His playing exudes sensuality, harmonic progressions given the immediacy of lovers’ exchanges. The thundering octaves that propel the closing Moderato con fuoco movement, prefiguring Rachmaninoff, are rendered with staggering power, the young pianist conspicuously inspired by the young composer’s musical portrayal of the prototypical Russian soul. The majesty of Troncanetti’s performance never overextends the scale of the music, but he is also never content to simply play notes, no matter how exacting, without contemplating their consequence.

The prominence with which it appears in extant documentation of his own recital programmes suggests that it was the Opus 41 Sonata in F major, theorized to date from 1853 – ’54, that Rubinstein loved best amongst his piano sonatas. Whether this indicates some autobiographical association between composer and music can be debated, but there is no question that the third sonata is an intensely personal work in which Rubinstein fully assimilated the influences of Haydn, Beethoven, Schubert, Mendelssohn, and Schumann into a foundational entity that fomented his mature compositional idiom. The sonata’s Allegro risoluto e con fuoco movement receives from Troncanetti a demonstration of an extensive panoply of his talent, the insightfulness of his cognizance of each phrase’s function within the broader architecture of the music allied with total psychological engagement. His percussive executions of the staccati that animate the Allegretto con moto are supported by unerring rhythmic precision that also heightens the drama of Rubinstein’s savvy changes of tempo.

The third sonata’s Andante movement is one of Rubinstein’s most hauntingly beautiful interludes for piano, almost a tone poem in its own right that anticipates the early work of Richard Strauss whilst remaining perceptibly Russian in character. The unconventional harmonies that impart the sense of yearning at the heart of the music are shaped by Troncanetti with refinement, nothing shortchanged and nothing overdone. He internalizes the passion in this music, building climaxes that are like sudden, audible outbursts in a secret discourse. The finale movement, marked Allegro vivace, assumes the guise of a frenetic tarantella, its thematic development and recapitulation defying prescribed formulæ. Troncanetti exposes the vein of savagery in the music, narrowing the divide between order and chaos that lends the movement its exhilarating aura of danger. As Rubinstein retreated from the precipice in the music, Troncanetti restores tranquility and equilibrium by playing the sonata’s final bars with particular finesse.

There are numerous passages in these performances of Rubinstein’s sonatas in which the intimacy and individuality of the pianism conjure the impression that the music is being extemporized, yet, following the scores whilst hearing the traversals of the sonatas, the fidelity with which each of the composer’s instructions is followed astonishes. This recording highlights the absurdity of pianists’ and listeners’ persistent ignorance of Anton Rubinstein’s piano sonatas. The aficionado of music for piano who questions the legitimacy of the sonatas’ quest for acceptance in standard recital repertory have not yet heard Ludovico Troncanetti play them.