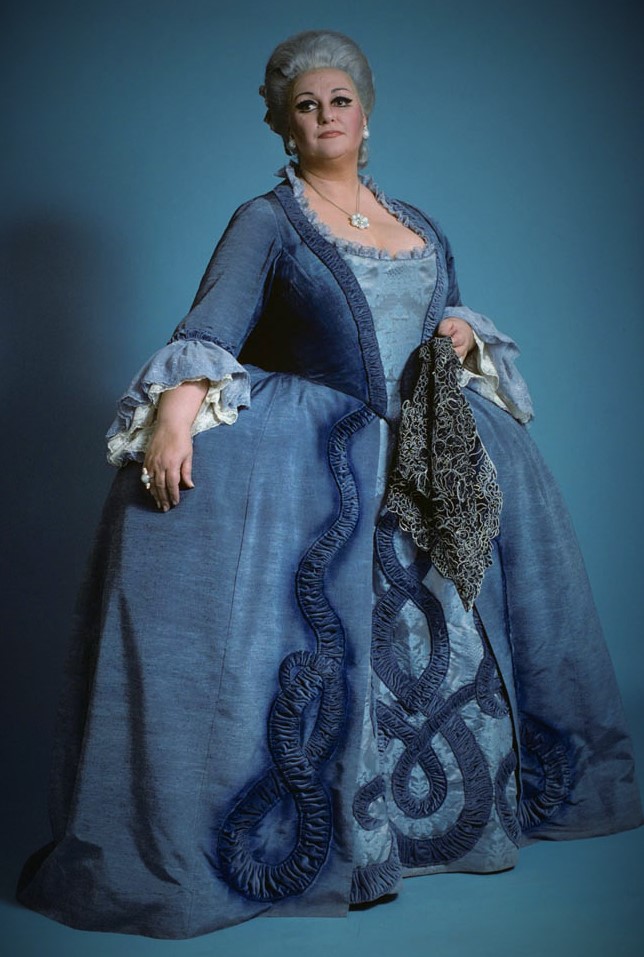 In an era in which ‘alternate facts’ are employed in battles of veracity that render the very notion of truth irrelevant, it is not surprising that Art, itself essentially a sort of alternate fact in too-literal society, is undeniably divisive. After the death of an individual who was almost universally acclaimed as a great artist, it is sadly inevitable that someone with opinions and a forum via which to share them feels compelled to cite all of the reasons why the departed individual was not great. That this has transpired in the wake of the passing of Catalan soprano Montserrat Caballé is indicative of the precarious nature of humanity’s grasp on civility. No one can or should be forced to share the view that Caballé was an important singer, but what harm is there in choosing to remember her at her best?

There is nothing that can be written about Caballé’s life that has not already been extensively documented. Listing her achievements is pointless: those who care are acquainted with them, and those who do not care are unlikely to be converted to appreciation of the singer and her work by reading a litany of her notable performances. Her reputation for withdrawing from performances was wholly earned, but her singing repeatedly affirmed the legitimacy of her artistic significance. Her method of vocal production could be mannered, even lazy, but she made sounds that continue to remind listeners of the visceral appeal of opera. Like Zinka Milanov, she possessed the ability to project pianissimi that hung in the air with remarkable resonance. Like Leyla Gencer, she could hurl dramatic thunderbolts in passages like ‘Giudici! Ad Anna!?’ in Donizetti’s Anna Bolena without wholly disrupting the bel canto line. Such was her breath control that she could accomplish feats like the long-held top B with which she triumphed over the Metropolitan Opera Don Carlo—and the MET’s Don Carlo, Franco Corelli—of 22 April 1972.

I do not recall when or in what context I first heard Caballé. Her final performance at the MET—in the title rôle of Puccini’s Tosca on 10 October 1985—was more than a decade before I first attended a performance there. Less than a year after her departure from the MET, she sang Cleopatra in a Paris concert performance of Händel’s Giulio Cesare that was recorded for broadcast by Radio France. Venturing into repertory in which she had little experience, at a time in her career at which she might have honorably eschewed unfamiliar music, she sang superbly. Delivered with a voice heavier and less agile than in past, it was not a performance destined to please advocates of historically-informed practices, but it was a performance in which Cleopatra sprang to life, at once both crushingly imperious and sweetly vulnerable. This is almost certainly not the first Caballé performance that I heard, but it continues to convince me that she was an inquisitive, engaging artist who occasionally disappointed but frequently surprised.

I had the privilege of hearing Caballé only once, many years after the tremendous successes of her career. The magic was faded, but it still enchanted. Rather than merely singing, she seemed to disappear into the music and find her way back to reality by following the sound of her voice. Perhaps that was not greatness, but it was Montserrat Caballé.

Caballé on the record...

​These are the recordings to which I listen when I want to temporarily escape from my mediocrity by being reminded of Caballé’s greatness; and which I therefore recommend to others who seek the essence of Caballé’s artistry.

• Bellini’s Norma with Bianca Berini and Pedro Lavirgén; Philadelphia, 18 April 1972 — The 1974 Orange Norma in which Caballé was joined by Josephine Veasey, John Vickers, and the Mistral is rightly celebrated, but, like many singers, she was inspired by singing in Philadelphia. Caballé lacked Callas’s poetic temperament and Sutherland’s formidable accuracy, but she was often a thrilling Norma.

• Donizetti’s Lucrezia Borgia with Alain Vanzo, Jane Berbié, and Kostas Paskalis; New York City, 20 April 1965 — It was in this performance, in which she substituted in the title rôle for expectant mother Marilyn Horne, that Caballé made her American début. Like Callas’s 1959 American Opera Society Pirata and concerts in the last year of Elvis Presley’s life, many more people than Carnegie Hall accommodates claim to have been present for this performance. It was an occasion that warrants hyperbole.

• Massenet’s Manon with John Alexander and Louis Quilico; New Orleans, 13 and 15 April 1967 — It was in another French rôle, Marguerite in Gounod’s Faust, that Caballé débuted at the MET on 22 December 1965. That was, in fact, her only MET performance of a French rôle. This New Orleans Manon reveals how persuasive she could be in French repertoire. Like her fellow Catalan Victoria de los Ángeles, Caballé allied incredible timbral beauty with a captivatingly feminine demeanor in a moving portrayal of Massenet’s mercurial heroine. Unlike de los Ángeles, Caballé also sang Puccini’s incarnation of Manon.

• Puccini’s Tosca with José Carreras, Ingvar Wixell, and Samuel Ramey; Philips studio recording — Dramatically, this Tosca pales in comparison with Callas’s 1953 studio recording and many live performances, including Caballé’s own MET broadcasts. Tosca’s music has never been sung more unflinchingly or alluringly than by Caballé on this recording, however, and, despite the rôle ideally requiring slightly greater vocal amplitude than nature granted him, this Cavaradossi is among Carreras’s finest performances on disc.

• Richard Strauss’s Der Rosenkavalier with Teresa Żylis-Gara, Edith Mathis, and Otto Edelmann; Glyndebourne, 30 May 1965 — Though she sang and recorded Strauss’s Salome to great acclaim and was a radiantly-vocalized Ariadne at the MET in 1976, the Marschallin—the rôle of her Glyndebourne début—is not a part typically associated with Caballé, but she was very touching as the still-young Princess who ponders her mortality and desirability.

• Verdi’s Giovanna d’Arco with Plácido Domingo and Sherrill Milnes; EMI studio recording — This is Caballé in the full glory of youth, singing with astonishing beauty and ease, alongside colleagues in similar vocal estate.

• Verdi’s Il trovatore with Ludovic Spiess, Irina Arkhipova, and Peter Glossop; Orange, 23 July 1972 — Several fine performances of Trovatore featuring Caballé’s quintessentially Spanish Leonora are widely available, but this is a rare performance in which she went for—and, after a search, found—the D♭6 traditionally interpolated in the Act One finale.

• Vives’s Maruxa with Ana Riera, Vicente Sardinero, and Pedro Lavirgén; Alhambra studio recording — To hear Caballé‘s portrayal of Rosa in this recorded performance of Amadeo Vives’s 1914 zarzuela Maruxa is to experience singing that can only be described as exquisite. 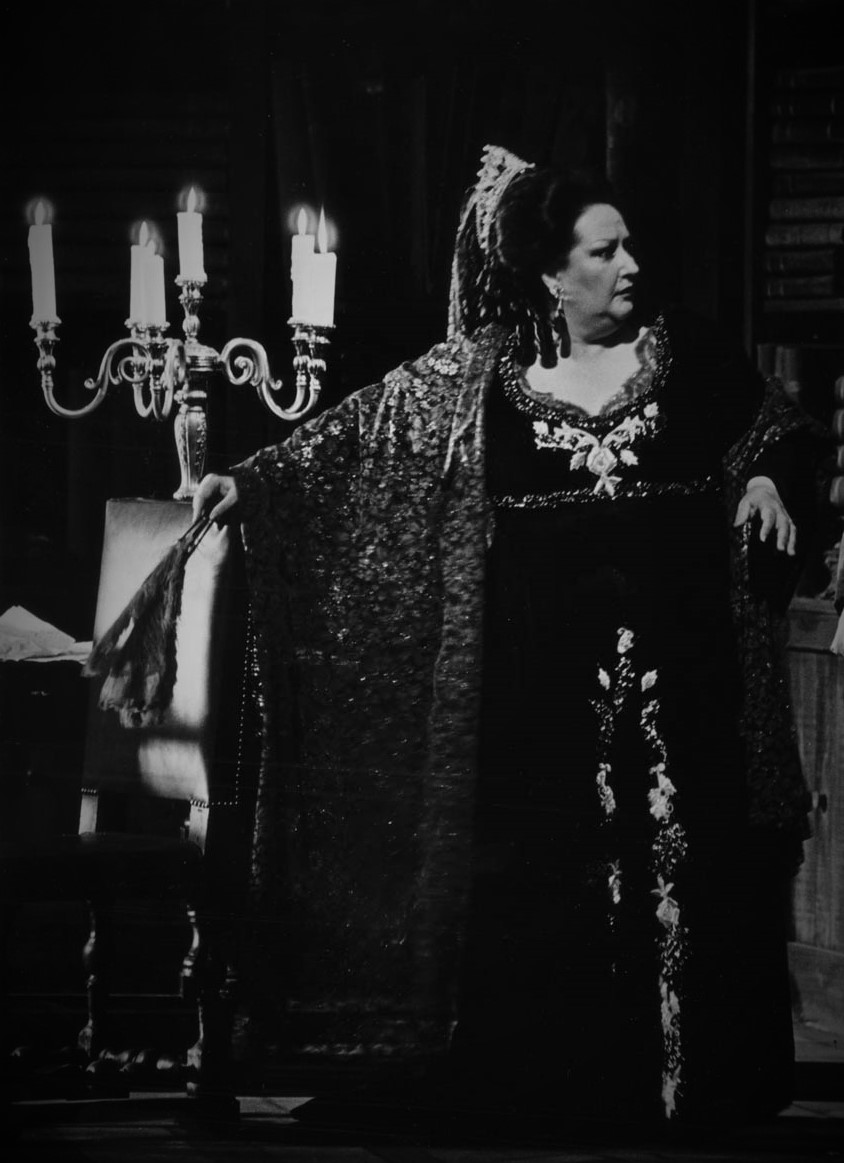