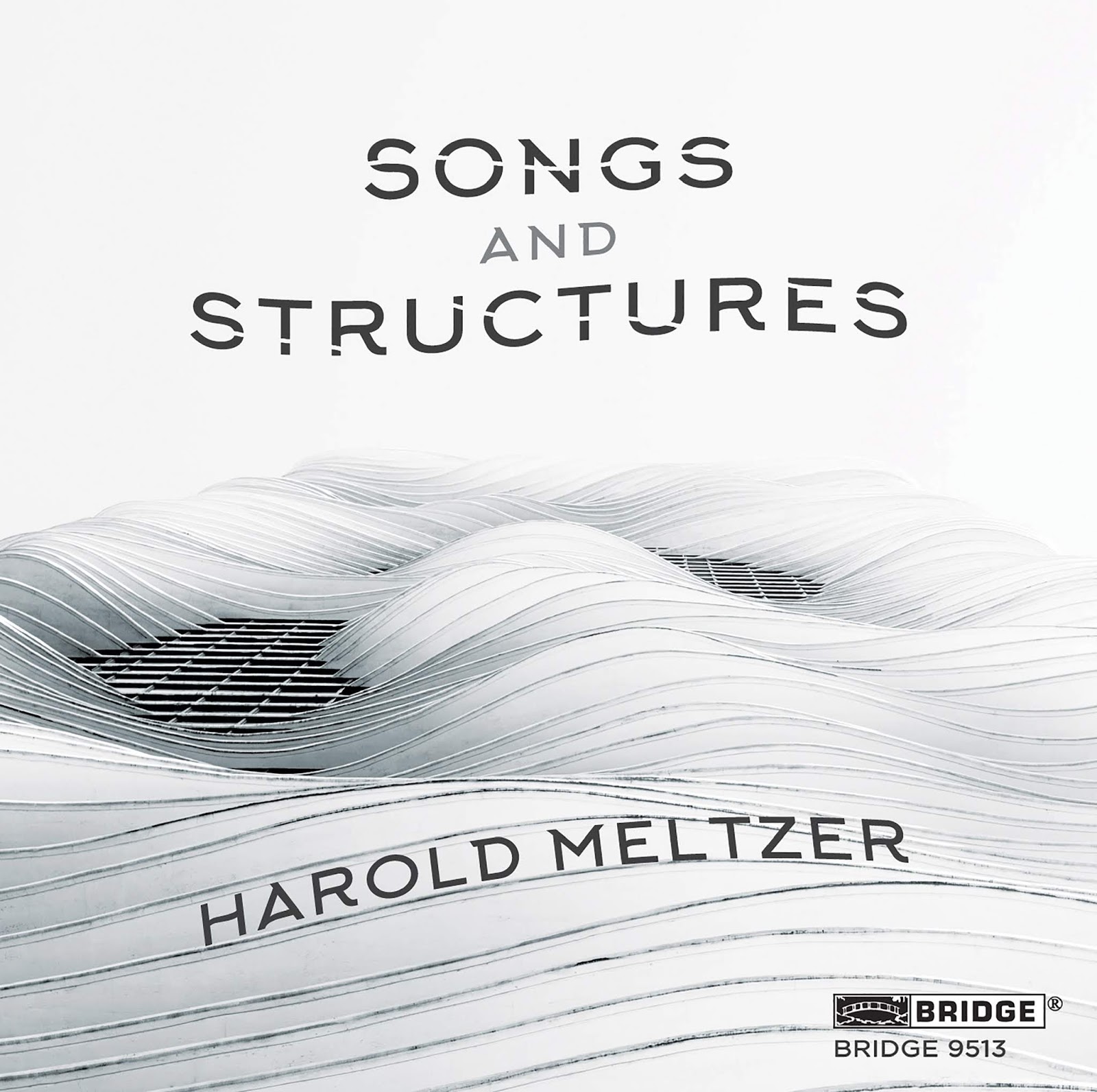 When hearing new music, it is imperative to remember that at some time all music was contemporary. Bach, Brahms, Beatles, or Beyoncé, the evolution of the music of any artist or age can be traced to a finite beginning before which its influences and inspirations were only disparate noises and notions. Physiologically, artistic creation is owed to fortuitous ignitions of synapses within complex cognitive processes, but there is something unknowable and unnameable in the mind that sees a raindrop, a star, or a skyscraper and perceives within and beyond its shape, past the limits of sight, the song that it sings into the void. The ability to hear these songs and to recreate them in sounds that other ears can perceive is eternally new. The sounds become familiar, but it is too often the familiarity of words repeated but not comprehended. In the most basic sense, contemporary music is nearer in temporal proximity to the listener than the music of past masters, but the dissolution of time is one of music’s most potent powers. The music by American composer Harold Meltzer on this Bridge Records release, Songs and Structures, is new not solely owing to its recency but, more significantly, because it makes audible the songs of iconic structures of modern life, physical and psychological. Just as Bach’s Passions are forever contemporary, the works on Songs and Structures are newly ageless.

A quartet of settings of verses by British poet Ted Hughes, Meltzer’s song cycle Bride of the Island was premièred by tenor Paul Appleby and pianist Natalia Katyukova in 2016. Composer and tenor have fostered a professional relationship not unlike the one between Franz Schubert and Johann Michael Vogl, the baritone whose performances of Schubert’s Lieder motivated the composition of some of the finest songs in the canon. In his performances on Songs and Structures, Appleby sings Meltzer’s songs as though both music and words are his own, instinctively fusing his vocalism with Katyukova’s versatile pianism. From the first bar of ‘Reveille,’ tenor and pianist entwine their instruments with shared awareness of aural textures.

Meltzer traced the narrative trajectory of ‘Reveille’ in music of absorbing simplicity, and Appleby deftly manages the ascents to Gs and A♭s above the stave. Katyukova articulates the swirling aquatic figurations that cascade through ‘Sugar Loaf’ with rhythmic exactness that propels but never hurries the performance. ‘The water is wild as alcohol’ is among Hughes’s most evocative lines, and Meltzer seized the opportunity of its musical potential by crafting a vocal line that enhances the words’ histrionic strength. It is the tenor’s lyricism that illuminates the paradoxes of ‘Thistles.’ His direct enunciation of ‘Every one a revengeful burst of resurrection’ reveals the poetic erudition of Meltzer’s treatment of the text. Appleby and Katyukova perform ‘Hay’ with a suggestion of cynicism that reaches its—and the cycle’s—climax in the line ‘Her heart is the weather.’ The disquieting honesty of Appleby’s delivery of the words ‘She loves nobody’ infuses Meltzer’s subtle musical prosody with startling immediacy. The contrast of the passage taking the tenor to top A, sung triumphantly as stipulated by the composer’s instructions, with the song’s ‘ghostly’ resolution ends Bride of the Island with a glimmer of deceptive serenity.

It is not difficult to conclude from a superficial survey of the history of Art Song that American music lacks a complementary literary tradition liked that of German Lieder, shaped by poets of the order of Goethe, Heine, and Schiller. Such a conclusion, however misguided, cannot be wholly rejected, but its validity is substantially reduced by works such as Meltzer’s Beautiful Ohio. The composer found in the poems by James Wright from which Beautiful Ohio’s texts are drawn an economy of words with layers of meaning that, like Shakespeare’s sonnets and the works of William Blake, reveal different truths to each observer. Beautiful Ohio shares with Schubert’s Winterreise an ambivalence about coping with loss, but it is Brahms’s adaptations of biblical texts in his Vier ernste Gesänge that Meltzer’s emotionally-charged treatments of Wright’s words most closely parallels.

Appleby premièred Beautiful Ohio in 2010, and he and Katyukova prove in the performance on Songs and Structures to be as musically and dramatically well-matched in this music as in Bride of the Island. The vivid imagery of the opening song, ‘Small Frogs Killed on the Highway,’ as bizarrely poignant as its title intimates, is communicated assertively but without exaggerated pathos. Appleby and Katyukova approach ‘Little Marble Boy’ reverently, as though performing the song in the hollow, hallowed space conjured in Wright’s poem, their sounds demonstrating the skill with which Meltzer instilled the mood of the text in his music. In ‘Beautiful Ohio,’ the tenor voices ‘I know what we call it / Most of the time’ with particular eloquence, echoing the wariness that haunts the music.

In all of these songs, Katyukova’s playing provides a second voice, not disinterested accompaniment, and her technical mastery of Meltzer’s writing for the piano allows her to focus on nuances of phrasing that reinforce details of her colleague’s interpretation, not least in ‘Caprice.’ Untroubled by the tricky chromatic writing centered in the passaggio, Appleby voices ‘The trouble is / They keep turning faces toward me / That I recognize’ confidently. He and Katyukova boldly stride through the demands of ‘Autumn Begins in Martins Ferry, Ohio,’ unflinchingly confronting the ambiguities of both music and text. Though there is no real stylistic kinship between the works, the emotional currents by which the narrator’s journey in Beautiful Ohio is transported recall the bittersweet integration of thankfulness and sorrow at the core of the music composed by Henry Purcell for the funeral of Queen Mary II in 1695. The philosophical threads that bind words to music in Beautiful Ohio are more tangled than those woven into Purcell’s music, but Meltzer’s songs are no less reliant than any others upon performers’ prowess. Beautiful Ohio and Bride of the Island could be performed differently but surely no better than by Appleby and Katyukova on this disc.

Aqua for string quartet is a musical response to the visual and spatial impact of Aqua Tower, a residential building at 225 N. Columbus Drive in Chicago’s Lakeshore East development that was designed and built under the supervision of a team headed by noted architect Jeanne Gang. Meltzer’s writing in Aqua is as intrinsically ‘vocal’ as in his song cycles, the interactions among instruments here probing the metaphysical implications of an edifice’s marriages of earth and sky, steel and glass, public and private. One of the most intriguing aspects of Meltzer’s artistry is his gift for fabricating gossamer strands of sound that metamorphose into vast vistas. The performance of Aqua by Avalon String Quartet on this disc is a celebration of musical camaraderie, the instruments’ timbres combining to produce an engrossing sonic silhouette of Aqua Tower. The ways in which Meltzer’s part writing exploits traditional tonal relationships are reminiscent of Arvo Pärt’s syntheses of plainsong. The Avalon musicians are clearly as aware of their colleagues’ playing as of their own. They are also unmistakably aware of how Aqua dissolves the boundaries between visible monuments to man’s ambitions and the intangible pursuit of community.

Composed in fulfillment of a commission by the Library of Congress for a work to commemorate the fiftieth anniversary of the death of celebrated Austrian violinist Fritz Kreisler (1875 – 1962), Meltzer’s Kreisleriana pays homage both to Kreisler and to the music that he espoused. Organized in six movements, the piece might be described as a series of variations on a theme of virtuosity. Kreisler studied with Bruckner, Delibes, and Massenet in the course of an education that exposed him to virtually every trend in composing for the violin and gave him technical assurance sufficient to write his own pieces and successfully masquerade them as works by renowned composers.

Meltzer’s music traverses a broad spectrum of musical influences, but his own voice remains audible, especially in the inimitably innovative development of thematic material. The performance of Kreisleriana by violinist Miranda Cuckson and pianist Blain McMillen is a whirlwind of technical wizardry of which Kreisler would be proud, but there is depth in this music greater than virtuosity alone can infiltrate. Cuckson never attempts to mimic Kreisler’s singular style of playing: rather, she plays Meltzer’s music with her own impassioned phrasing, which McMillen supports with pianism of sensitivity and suavity. Kreisleriana does not attempt to be an Enigma-esque musical portrait of its subject. If Meltzer tasked himself with composing music that reimagines Kreisler’s artistry from a Twenty-First-Century perspective, he succeeded. In this performance, Cuckson and McMillen succeed in playing Meltzer’s music as Kreisler played Beethoven’s.

All music is a tribute to something—a person, a place, an event, an idea. The composer’s imagination is besieged by a realization or a recollection, and music seeps or surges from the creative deluge that results. It is not necessary for the listener to know the circumstances of a piece’s genesis in order to feel the pull of the music’s sentimental gravity. The connections between listener and composer, not esoteric bonds, determine the relevance of music. In order to enjoy the music on Songs and Structures, the listener needs no acquaintance with the literary world of Ted Hughes, the sights of Ohio and Chicago, or the career of Fritz Kreisler. Harold Meltzer’s musical tributes come with no prerequisites: the performances on Songs and Structures need only to be heard to be understood.