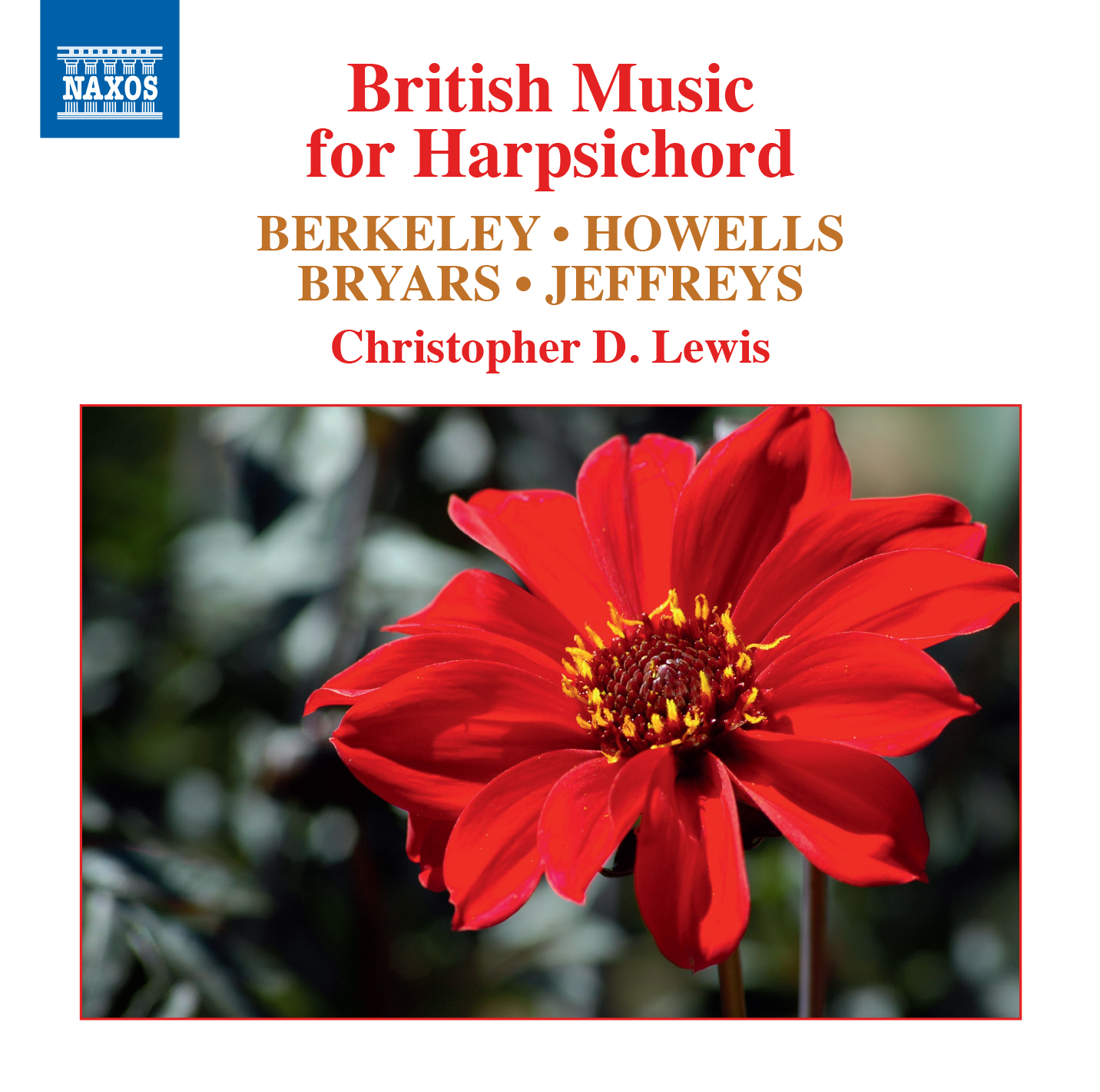 Like many aspects of human culture, as well as life itself, music is in many ways inherently cyclical. Musical styles are continually evolving, but the courses of trends in both composition and performance are rarely linear. Perhaps the greatest marvel in music in the past century is the way in which musicians have simultaneously looked to the past and the future, the revival of interest in and study of music from the Sixteenth, Seventeenth, and Eighteenth Centuries markedly influencing the creation of new music. Still, this is anything but an isolated reality. From the pioneering efforts of Wanda Landowska, now regarded by the outspoken Early Music community in nearly equal measures as pariah and prophetess, to the attention of an array of composers spanning the spectrum from Francis Poulenc to Gerald Busby, the harpsichord has benefited enormously from the unique rejuvenation of an unparalleled fusion of past and present. At the apogee of this juggernaut of reassessment and repurposing of an instrument still linked in the minds of many listeners solely with music composed before 1800 is Welsh harpsichordist Christopher D. Lewis. As much a musical adventurer as a well-trained virtuoso, Lewis takes the listener during the seventy-one minutes of this thoughtfully-planned and expertly-engineered NAXOS disc on a sometimes challenging, always captivating trek through under-explored compositions for the harpsichord by contemporary British composers. Like Poulenc’s Concert champêtre and Busby’s Court Dances, Parallel, and Camera, these works greatly enrich the harpsichord repertory. Hearing them played by Christopher D. Lewis with a delightfully sophisticated but still unsullied blend of youthful exuberance and artistic maturity substantially enriches appreciation of the capabilities of the harpsichord.

Born in Rhiwbina, Wales, Lewis has obviously been influenced virtually since infancy by his native land’s love of music. His pursuit of education and expansion of his cosmopolitan sensibilities having taken him throughout the world and brought him into contact with some of the foremost masters of the harpsichord, he is especially qualified to bring ‘new’ music for the instrument to the attention of today’s listeners. Sir Lennox Berkeley’s Mr. Pilkington’s Toye and For Vere are ideal showcases for Lewis’s abilities. Playing harpsichord music of any era naturally requires mastery of the technical constitution of the instrument’s mechanism, and this Lewis has of course attained and displays uninhibitedly, but engagingly performing music for an instrument that in many modern minds belongs in Baroque basso continuo consortiums and opera house orchestra pits demands interpretive skills of a particular order. It is apparent in his jocular, even impish playing of Berkeley’s Mr. Pilkington’s Toye that Lewis is the man for the job. Of a wholly different emotional fettle is For Vere, but the performance that it receives from Lewis is of complementary excellence, technique again sharing pride of place with expressive intuition. These pieces do not inhabit the progressive world of Berkeley’s Symphonies, the opera Ruth, and the Missa Brevis, but they possess a purity of invention that is tellingly highlighted by Lewis’s unaffected style of playing.

Herbert Howells was one of Britain’s most gifted composers of the Twentieth Century, but aside from his poignant motet Take him, earth, for cherishing, written to memorialize President John F. Kennedy and imbued with the composer’s mourning for the death of his own son, his work is little known and far too infrequently performed beyond Britain’s borders. The excerpts from Howell’s Clavichord presented here by Lewis provide opportunities to examine facets of Howell’s ingenuity that are astonishingly unlike the melancholically atmospheric choral works upon which his reputation is mostly—and not unjustly—founded. The pieces on this disc afford a glimpse of a lighter-hearted Howells, his talent for musical portraiture making the sequence of works played by Lewis a study in the art of tuneful characterization akin to Elgar’s Enigma Variations. The identities of the ‘visitors’ in each of the pieces are not difficult to discern, but the voice that emerges most resonantly from the chorus is Howells’s. The lovely ‘Goff’s Fireside’ is offered in performances on the 1997 Flemish double harpsichord after the Ruckers school by San Francisco-based maker Kevin Fryer employed for the balance of the Howells pieces and a 1982 Australian replica of a 1604 muselar, the peculiar northern European, right-oriented virginal, both responding dulcetly to Lewis’s touch. [Other selections on the disc are played on a Pleyel harpsichord dating from the 1930s, an instrument of the type espoused by Wanda Landowska and in this case originally purchased by Toronto’s historic Eaton Auditorium.] The Arcadian lilt of ‘Patrick’s Siciliano,’ enchantingly phrased by Lewis, is followed by the explosive ‘Jacob’s Brawl,’ in which the young harpsichordist’s nimble fingers deliver jabs and hooks that never miss their marks. Then, the deceptive flow of ‘Dart’s Sarabande’ is transformed by Lewis into a radiant, almost operatic account of ‘Andrew’s Air,’ the musician’s technical and interpretive dexterities finding compelling outlets in Howells’s music. An early champion of restoring to Baroque repertory some measure of authentic, period-appropriate performance practices, Sir Adrian would be thrilled by Lewis’s crisp, rhythmically dazzling playing of ‘Boult’s Brangill.’ ‘Dyson’s Delight’ is, as played here, just that: a delight. ‘Ralph’s Pavane and Galliard’ are unconventionally symmetrical, and the intelligence with which they are dispatched by Lewis gives them elements that bond as naturally as hydrogen and oxygen. The title of ‘Finzi’s Rest’ might at first glance be deemed a misnomer, but the quietude at its core, enhanced by Lewis’s finely-judged approach, confirms the sagacity of Howells’s insight. There is indeed a visionary epic lurking beneath the simple façade of ‘Malcolm’s Vision,’ and Lewis is careful to spotlight but not exaggerate it and succeeds by interpreting the piece succinctly. His performance of ‘Julian’s Dream,’ one of the finest of these pieces, is aptly ethereal without descending into saccharine over-emoting. Any listener whose view of Howells is of a humorless wretch composing in order to excise his demons should hear Lewis’s performance of ‘Walton’s Toye’ if only to realize how unfair it is to thus dismiss this wonderfully multi-dimensional composer. Lewis has performed a great service to Howells with this recording.

Played by Lewis with precisely the right balance of free-spiritedness and seriousness, Gavin Bryars’s After Handel’s “Vesper” is a work of considerable charm and artistic merit, an affectionate homage that wields the cutting edge of typically British parody. There is nothing explicitly satirical in Bryars’s music, per se, but the nod to the great tunesmith of Brook Street is at least as good-naturedly humorous as it is artistically reverential. The same can be said of Lewis’s playing of the piece: in short, his performance is tremendous fun but never farcical. One hears Händel like a voice from another room—a mighty, strongly-accented voice, natürlich, but not an overbearing one. The amiable conversation that Bryars shared with Händel is gleefully shared by Lewis with the listener.

Among the composers whose works are featured on this disc, John Jeffreys will perhaps be the least-familiar to listeners without in-depth knowledge of British music in the second half of the Twentieth Century. Lacking the widespread recognition allotted to Britten and Tippett, Jeffreys was no less a dedicated artist than his more famous countrymen, and in certain respects, not the least of which is its unapologetic melodic appeal, his music is more accessible than his colleagues’ frequently-played scores. His Four Little English Dances in the Georgian manner are vibrant pieces, their broadly-styled structures reminding the listener that, from a strictly historical perspective, the ‘Georgian manner’ encompasses virtually all of the Eighteenth Century and a sliver of the Nineteenth, too. The Poco allegro dance transports the hearer to the stately sitting rooms of Bath, where one might have a turn about the floor with the denizens of Henry Fielding’s novels. There is as much of Sir Arthur Sullivan in Jeffreys’s idiom as there is of Thomas Arne and William Boyce, and Lewis plays the music with sonorous, mercurial charm. He phrases the Andantino with a delicacy that seems more Victorian than Georgian, disclosing a lightness in the music that hints at strict-mannered aloofness. Likewise, the subtle but uncomplicated strains of the Poco andantino might just as accurately be described as being in the Edwardian manner, there being a vein of restraint coursing through the music. Ever a communicative artist, Lewis here divulges that his gift for subtlety is as commendable as his flair for boldness. The vivacious Allegro ma non troppo dance is a boisterous British stag party in musical form: Lewis’s playing earns him—and the composer—a hearty pint.

For many otherwise well-informed advocates of Classical Music, the harpsichord is perceived as an instrument that, in its natural habitats of sorts, tinkled unobtrusively as fat castrati shouted hours of tedious recitative at one another and as bewigged ladies, corseted within a millimeter of asphyxiation, chatted about nothing; and that it is now a living relic, a quaint musical dinosaur encountered without great interest except when entrusted to the hands of virtuosi who play the immortal masterworks of Bach, Händel, Rameau, the Couperins, and the Scarlattis. In music, though, anything of extraordinary merit is unlikely to go unnoticed indefinitely, and it is to their credit that Twentieth- and Twenty-First-Century composers have embraced the harpsichord as a thriving, thrilling vehicle for their creative impulses. Neither this fascinating instrument nor the contemporary composers who write for it could hope for representation on disc by a more persuasive musical proselytizer than Christopher D. Lewis. 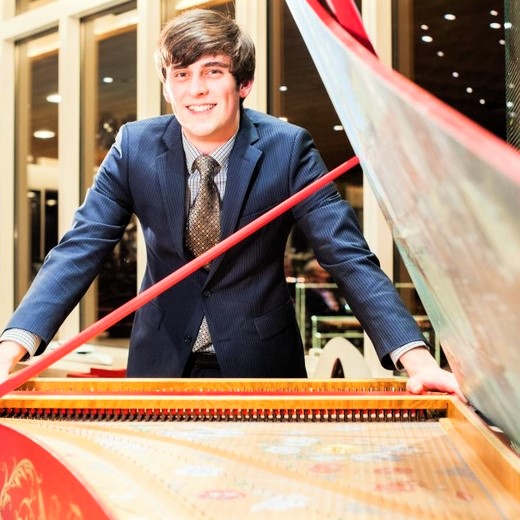