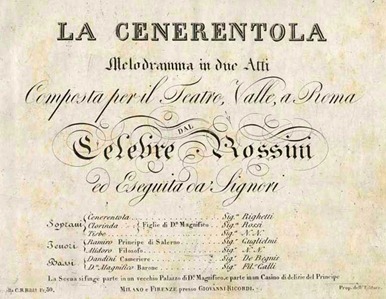 Though music from the opera was performed on the company’s stage as early as 1883 and its short-lived touring National Company included the score in its repertory, it was not until 1997 that Gioachino Rossini’s 1817 gem La Cenerentola, ossia La bontà in trionfo received its Metropolitan Opera première. Since that time, Rossini's bittersweet take on the familiar tale of Cinderella and her dashing prince has been heard at the MET only thirty-eight times, a strangely brief history for an opera that at least since its triumphant outing at Glyndebourne in the early 1950s has been one of its composer’s most popular works. [In comparison, Rossini’s until-recently-little-heard Guillaume Tell has been performed thirty-one times by the MET in New York and on national tours, though not since 1931. The final performance of Il barbiere di Siviglia of the 2014 – 2015 Season was the company’s 613th presentation of that work.] Introduced to MET audiences by Cecilia Bartoli, Angelina’s music has since been sung by a sextet of distinguished but very different Rossinians: Jennifer Larmore, Theodora Hanslowe, Sonia Ganassi, Olga Borodina, Elīna Garanča, and Joyce DiDonato, whose most recent performances were announced as her last portrayals of the eponymous heroine. In terms of appreciation of the demands that it makes of singers, La Cenerentola is in danger of being a victim of its own growing popularity: not only is the opera now performed by companies with resources insufficient to assemble casts capable of meeting Rossini’s requirements but the sheer familiarity of the story—anyone expecting glass slippers and a fairy godmother will be disappointed—can also create an illusion of simplicity. From this perspective, the Greensboro Opera production of La Cenerentola coming to Aycock Auditorium in August is poised to offer both regional and major companies throughout the world a vitally important lesson in the thoughtful production of the opera: combine clear-sighted management of available resources, uncompromising musicality, and the kinds of diligence and hard work so habitual to poor Cinderella, and the result is opera that does not lugubriously strive to be relevant for modern audiences but simply, mesmerizingly is relevant. 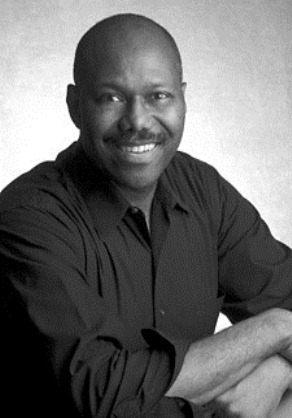 The vision of Greensboro Opera Artistic Director David Holley is to bring opera to the Gate City community with a level of professionalism that rivals the work of companies with larger markets, larger stages, and larger budgets. This Greensboro Opera’s Cenerentola is likely to achieve even more completely than the company’s impressive January 2015 production of Donizetti’s La fille du régiment [reviewed here]. A conductor’s importance in a stylish performance of a bel canto score is too often underestimated, perhaps because too many conductors’ efforts are underwhelming, but this is sure not to be the case with Willie Anthony Waters on the podium for Cenerentola. Formerly Artistic Director of Connecticut Opera, one of the most lamentable casualties of the economic difficulties of the first decade of the present century, Waters is a conductor whose versatility is an offspring not of necessity but of natural aptitude and musical adventurousness. Having honed his skills in opera houses large and small, his work has encompassed acclaimed performances in cities as musically diverse as San Francisco and Miami, where his leadership of a 1990 production of Bellini’s Norma with Carol Neblett was rightly legendary. Central to Waters’s artistry is an innate comprehension of the bel canto core of virtually all repertory: whether pacing Norma’s ‘Casta diva,’ Sieglinde’s ‘Du bist der Lenz,’ or Tosca’s ‘Vissi d'arte, vissi d'amore,’ Waters seeks—and invariably finds—the rhythmic pulse of the music and uses it as a tool to develop and maintain stylistic consistency and support singers. His command of ensembles is among the most notable characteristics of his work with Martina Arroyo’s Prelude to Performance training program for young singers. The real pity is that, thus spoiled, few young singers are privileged to work with conductors as gifted as Waters in the early years of their professional careers. His inherent mastery of the obvious and more clandestine constructions of ensembles qualifies him as an ideal conductor for Cenerentola. Despite well-documented laziness and a laissez-faire attitude towards repurposing music from his own scores (the secco recitatives and three often-omitted concerted numbers in Cenerentola were composed by Luca Agolini, and the opera’s famous Overture originated in Rossini’s charming but now-forgotten La gazzetta), the Pride of Pesaro was a careful craftsman, but many performances are content to substitute blindly manic energy for properly-channeled intensity. Indeed, far too many performances treat Cenerentola as a two-and-a-half-hour prelude to its famous rondo finale. With Waters at the helm, Greensboro Opera’s Cenerentola has special potential to be one in which Rossini’s genius is uncommonly apparent from beginning to end, with every bel canto felicity given an opportunity to emerge from the zany drama. 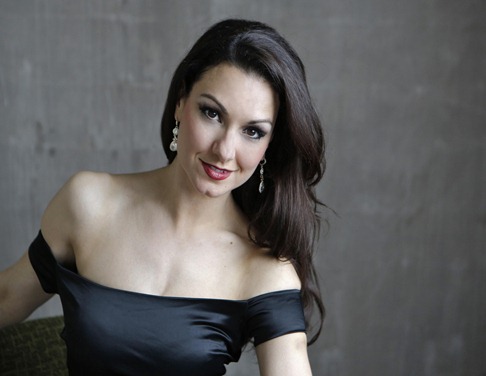 As the long-suffering Angelina and her regal rescuer, Greensboro Opera’s production partners two of America’s most gifted young singers, mezzo-soprano Sandra Piques Eddy and tenor Andrew Owens. Coming to Greensboro with a triumphant turn as Angelina in Opera Saratoga’s production of Cenerentola mere days in her past, Eddy is a singer who possesses physical and vocal beauty—which is to say a natural Angelina. With a repertory of acclaimed interpretations of rôles in operas ranging from Monteverdi’s L’incoronazione di Poppea to Muhly’s Two Boys [I first heard her in the season of her MET début as a sapphire-voiced Dienerin in Richard Strauss’s Die Frau ohne Schatten], the native Bostonian brings to her Greensboro performances an impressive Rossinian résumé that includes Rosina in Il barbiere di Siviglia and both Isabella and Zulma in L’italiana in Algeri. Of her Opera Saratoga Angelina, critic Joseph Dalton wrote in The Times Union that ‘her legato phrasing could suggest a demure presence but the rich bloom of her upper range revealed the princess in waiting.’ With an exceptional blend of tonal sheen and technical brilliance, Eddy’s Angelina needs only a prince with similar traits to complement her. In Greensboro as in Saratoga Springs, Owens guides her to fulfillment of her magnanimous destiny. A student of the unjustly-overlooked tenor Enrico Di Giuseppe, Owens honed his craft in the now-endangered Grand Tradition as a member of the young artists’ ensemble of Vienna’s Theater an der Wien, where he shone even among such high-wattage luminaries as Plácido Domingo. Recently, he lent greater attractiveness than might have been thought possible to the awkwardly-written music for Chevalier Léon in Darius Milhaud’s La mère coupable. His portrayal of Don Ramiro in La Cenerentola was among his most admired Vienna rôles, and he pledged his troth to Eddy’s Angelina at Opera Saratoga with what Joseph Dalton described as ‘soaring high notes.’ Owens is the rare artist who fully deserves the distinction of tenore di grazia: unlike many pretenders to Ramiro’s throne, Owens is both graceful and a true tenor. 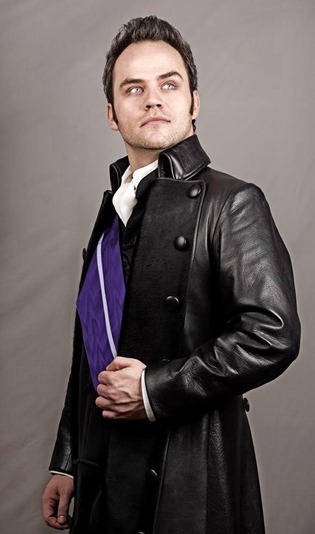 For the parts of the wily Dandini and curmudgeonly Don Magnifico, Holley strikes vocal and comedic gold with the casting of baritone Sidney Outlaw and bass-baritone Donald Hartmann. Already a celebrated Figaro in Rossini’s Il barbiere di Siviglia, his inaugural interpretation for Atlanta Opera praised by Andrew Alexander in the Atlanta Journal-Constitution for its ‘fresh sense of playfulness,’ Outlaw makes his rôle début as Dandini in this production. Hailing from Brevard, North Carolina, Outlaw shares Owens’s experience in the music of Darius Milhaud, having sung Apollo in the University of Michigan performances of L’Orestie d’Eschyle that yielded the GRAMMY®-winning NAXOS recording. His repertory ranging from Mozart’s Così fan tutte to Dallapiccola’s Il prigioniero and Adams’s The Death of Klinghoffer, Outlaw returns to North Carolina with an ironclad technique and stirringly handsome voice refined through education and experience. A highlight of Greensboro Opera’s Cenerentola is bound to be Outlaw’s Dandini’s Act Two encounter with Hartmann’s Magnifico. A splendidly animated Sulpice in Greensboro Opera’s La fille du régiment, Hartmann is a droll comedian to the Rossinian manner born, his Magnifico contributing grandly to the success of Opera Roanoke’s March 2015 production of Cenerentola. In addition to anchoring performances throughout the United States with his granitic voice and assertive stage presence, Hartmann is an esteemed member of the UNCG School of Music, Theatre, and Dance voice faculty, in which capacity he imparts elements of his stagecraft to the next generation of memorable singing actors. With Outlaw’s Dandini and Hartmann’s Magnifico sparring, Eddy’s Angelina and Owens’s Ramiro romancing, Waters presiding, and Holley guiding, Greensboro Opera’s Cenerentola is anticipated to be an event that Rossini would have enjoyed as much as North Carolina audiences are certain to do. 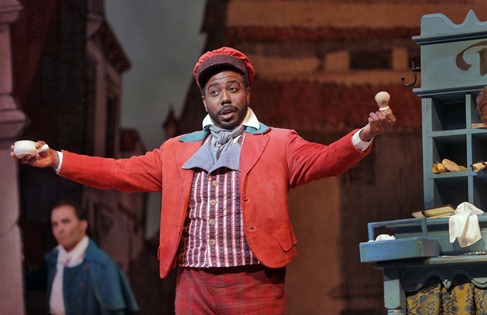 Greensboro Opera’s performances of La Cenerentola are scheduled for 28 and 30 August in Aycock Auditorium on the campus of the University of North Carolina at Greensboro. For more information and to purchase tickets, visit Greensboro Opera’s website or phone the box office at 336.272.0160. 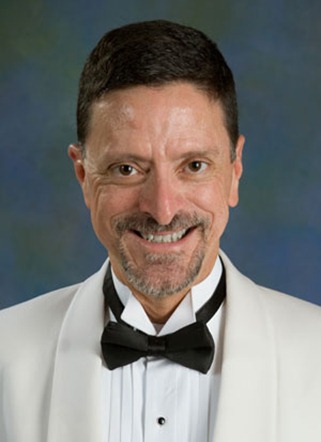