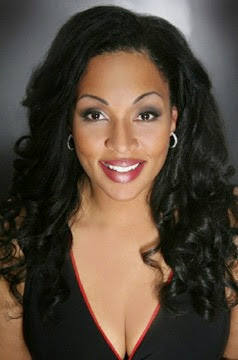 The individual fortunate enough to have heard any of the very few truly great interpreters—Dame Eva Turner, Gina Cigna, Gertrude Grob-Prandl, Birgit Nilsson, Dame Gwyneth Jones—or, to an even greater extent, unfortunate enough to have experienced the legions of under-prepared, undernourished, and simply bewildered exponents cannot possibly dispute the assertion that Puccini’s Turandot is one of the most demanding, destructive, and mistreated rôles in the soprano repertory. Perhaps the most damning mistake a potential Turandot can make is thinking that the foremost challenge of the part is the tessitura. Few things in opera are more terrifying than the pair of top Cs that Turandot must fire over the chorus in Act Two, and the profusion of top Bs and Cs is throat-numbing, but the Turandot who primarily focuses on the exposed high notes—something that she should not have to do in that musical utopia in which singers only sing rôles for which their voices are suited and reliably possess the required notes with being forced to rob Tosca to pay Turandot—deprives both herself and the audience of the true glories of the part. These glories—the insecurity masquerading as cruelty, the blissful discombobulation of true love, the gritty self-preservation and marvels of self-discovery—are indelible traits in the Turandot of soprano Othalie Graham. In a production opening on 24 January 2015, she brings her acclaimed portrayal of Puccini’s most granitic heroine to Charlotte’s Opera Carolina opposite the Calàf of Carl Tanner and the Liù of Dina Kuznetsova: courtesy of Opera Carolina, a bona fide princess will be enthroned in the Queen City.

Canadian by birth and American by adoption, Ms. Graham is Italian by nature—musical nature, at least. She is an artist with a rare gift not just for singing Puccini heroines but for inhabiting them, for finding within the pages of the composer’s scores fully-formed women whose emotions she feels, not feigns. As Minnie in La fanciulla del West, a rôle in which many sopranos seem to focus almost obsessively on the climactic exposed top C in ‘Laggiù nel Soledad’ while the nuances of the part are neglected, Ms. Graham surrenders herself completely to the golden-hearted girl’s predicament, shaping the narrative with attention to dramatic verisimilitude rather than individual notes. Of course, this is an easier task when, as in her case, the notes are in the voice and the singer knows it. Similar insightfulness is at the core of her interpretation of Turandot. Complete cognizance of one’s own voice is rare enough, but the ability to translate one’s vocal capabilities into a lushly-realized spectrum of emotional colors is even more precious. These traits define Ms. Graham’s singing in any repertory, but in Puccini’s music for Turandot they initiate her into the exalted company of the handful of sopranos whose portrayals of the ‘principessa di gelo’ melted the frosty separation between the character and audiences. 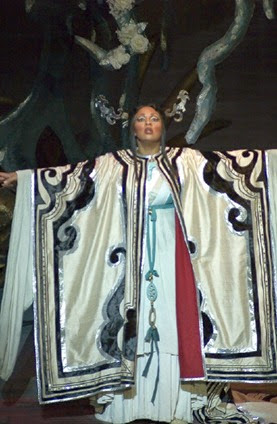 In practical terms, Turandot is a rôle without precedent in the Italian repertory, and Ms. Graham views her as both one of the greatest challenges and an uncommonly rewarding opportunity for a soprano. ‘I love to play a character that has such an incredible arc,’ she says. ‘For Turandot to start off so icy and imperious while having a continually-running undercurrent of vulnerability makes it a lot more fun!’ More than many Turandots, for whom trumpeting out the notes is the paramount concern, Ms. Graham is particularly attentive to the subtler nuances of the part. ‘I think that she has to have that soft underbelly that she continually covers with her rhinoceros hide! It makes Act Three much more believable,’ she suggests. This philosophy is evident in her approach to the opera, which combines indefatigable musicality with an exceptional degree of sensitivity. It is a philosophy that extends to many aspects of life and Art, Ms. Graham feels. If she could give Turandot advice, she muses, ‘I would tell her that it’s okay to be such a strong woman but that she has to allow herself to open enough to let love in. I think that’s true of many women.’

The relationship between Turandot and her father, Emperor Altoum, is of great but often overlooked significance to the plot of Turandot. Because of her own life experience, Ms. Graham is uniquely responsive to this element of the drama. ‘Before I head to makeup,’ she confides, ‘when I arrive at the theater, I always walk out to the stage and kneel down and ask God to help my father hear me sing. I lost my father, the great love of my life, when I was twenty-five years old and he was forty-eight. There is nothing more important to me than knowing that he hears me.’ As she faces Turandot’s father on stage, her thoughts fly to her own father, and love for him soars in her voice as she sings ‘In questa reggia.’ ‘Right before I sing that fiendishly difficult aria, I always look up, knowing that he’s there and that he hears me,’ she shares. The intensity of her connection with her father is paralleled by the bond between Turandot and her imperial sire, and it is indicative of Ms. Graham’s commitment to her artistry that, even from behind the curtain, she shares such an intimate aspect of herself with audiences via song.

For many sopranos bold enough to sing Turandot, the foremost goal of a performance is survival. For Ms. Graham, the goal is and must always be beauty. Her abiding objectives are to honor Puccini’s requests and to do so in ways that draw audiences into the innermost depths of Turandot’s heart. ‘I always want them to remember the beauty of my voice and the beauty of my portrayal of a woman who is incredibly strong yet beautifully vulnerable,’ she states. That she achieves these objectives so exquisitely is the hallmark of a great artist. What Ms. Graham brings to Turandot is precisely what the character lacks in so many performances: humanity.

Here, at last, is a Turandot worth losing one’s head for!

To learn more about Othalie Graham, visit her Official Website. She is represented in the United States by Uzan International Artists.

Sincerest thanks to Ms. Graham for her kindness, candor, and time in responding to questions during rehearsals for Opera Carolina’s Turandot. Photos are reproduced with Ms. Graham’s permission.