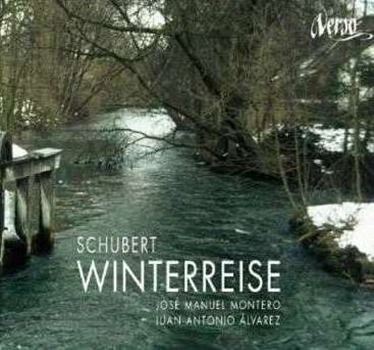 When Franz Schubert completed his settings of twenty-four poems by Wilhelm Müller in 1827, it is unlikely that even the famously sensitive composer, who was cognizant of the quality of these songs, suspected that the Cycle would remain the universally-acknowledged soul of the Lieder repertory nearly two centuries later.  Since the publication of the songs in 1828, Winterreise has proved irresistible to hundreds of the finest Lieder artists and has inspired many of them to their best singing, ranging from the dulcet tones of lyric tenors like Ernst Haefliger and Fritz Wunderlich, the impeccable phrasing of baritone Hermann Prey, and the inimitable artistry of Dietrich Fischer-Dieskau to the restrained grandeur of bass-baritone Hans Hotter and the sepulchral bass tones of Kurt Moll.  Countertenors, male sopranos, and female singers of all persuasions have sung the Cycle, too, some of them—Christa Ludwig, for instance—illuminating the music with fresh insights.  Not the earliest, the most poetically distinguished, or the most stylistically coherent Lieder cycle, Winterreise nonetheless possesses special magic.  Perhaps because he was working with the simpler, less ostentatiously ‘artistic’ poetry of Müller rather than with verses by Goethe, Heine, or even Grillparzer, Schubert was free to allow his imagination to be engaged by the texts without restraint.  The resulting music is stunning in its cohesion, the series of very different songs combining to offer an intimately-conceived depiction of an artist’s journey that is unique in its cumulative power.

As in many of Schubert’s Lieder, the songs of Winterreise scintillate with the sensations of Nature.  There are, of course, the famous passages of Schubert’s clever tone painting: the whirl of the wind in ‘Die Wetterfahne,’ the falling of the narrator’s icy tears in ‘Gefror’ne Tränen,’ the flow of water masked by ice in ‘Auf dem Flusse,’ the mischievous crows’ calls in ‘Rückblick,’ the will-o’-the-wisp in ‘Irrlicht,’ the post-horn in ‘Die Post,’ the barking dogs in ‘Im Dorfe,’ the raging storm in ‘Der stürmische Morgen,’ the stinging snowstorm in ‘Mut,’ and the grating hurdy-gurdy in ‘Der Leiermann.’  As one sinks deeper into Winterreise, the ears discover a thousand more examples as meaningful as these, some of them obvious and some almost imperceptibly subtle.  This is indicative both of Schubert’s genius and of the immense challenges the performer of Winterreise faces.  Vocally, none of the songs in Winterreise is especially difficult, at least on the surface: demands of tessitura are modest for the most part, and the technical requirements of the songs pose only limited challenges for trained singers.  It is in the interpretation of the Cycle that the pitfalls lay concealed.  Though Winterreise wears its heart on its sleeve, the singer who overplays his hand risks pushing the sentimentality in the songs beyond its breaking point.  Interestingly, several of the most eloquent recorded performances of Winterreise are those by artists who were not the most prodigiously-gifted vocalists.  The most successful performances of Winterreise are those in which the singers are able to convey both the human emotions and the responses to nature with immediacy, without taking the sense of melancholy too far into the realm of abject psychosis.

It is well documented that Schubert’s skills for composing music for the piano considerably outweighed his skills for playing the instrument.  Nevertheless, the accompaniments in Winterreise look simpler on paper than they prove to be in execution.  The demands of technique are perhaps secondary to those of flexibility, though, the need for absolute precision of rhythmic synchronization with the singer ultimately trumping even perfect pianism.  The accompanist in this performance, recorded by Verso in a natural acoustic that allows an excellent balance between piano and voice while also reproducing the piano tone with exceptional clarity, offers playing that is both technically adroit and beautifully matched to the singing of the soloist.  Spanish pianist Juan Antonio Álvarez Parejo offers playing of great power and imagination that also perfectly supports the soloist.  Mr. Álvarez Parejo shapes the verses of strophic songs with verve, carefully following the nuances of the text and imposing nothing onto the music.  The virtuosity with which Mr. Álvarez Parejo plays passages that invoke natural phenomena highlight the Impressionistic palette of Schubert’s writing.  In a song like ‘Der Lindenbaum,’ in which far too many pianists make the accompaniment a deadened, plodding sound, Mr. Álvarez Parejo delivers his part with a vitality that lends the song new poignancy.  Throughout the performance, the alertness with which Mr. Álvarez Parejo plays is wonderfully rewarding, and the complete ease of the partnership between vocalist and accompanist is a trait displayed only by very accomplished Lieder accompanists.

Spanish tenor José Manuel Montero, a native Madrileño, has sung an impressive array of operatic rôles ranging from bel canto parts to performances of Erik in Wagner’s Fliegende Holländer and Narraboth in Richard Strauss’s Salome.  These experiences serve him well in this performance of Winterreise, in which he shapes lines with the expansiveness of an talented bel canto singer and also benefits from near-native pronunciation and phrasing of the German texts.  In the opening bars of ‘Gute Nacht,’ Mr. Montero’s voice sounds slightly gravelly, as though the registers are not ideally integrated.  This impression quickly fades as Mr. Montero’s performance progresses, however.  The vividness of his vocal depiction of icy tears in ‘Gefror’ne Tränen’ is matched by the warmth that infuses the voice as he sings of his passion melting winter’s ice.  A starkness invades Mr. Montero’s tone as he sings of the linden tree’s invitation to suicide in ‘Der Lindenbaum,’ but the prevailing tone is one of comforting familiarity.  The rushing uncertainty of the river is heard in ‘Auf dem Flusse,’ and the notes fall one over the other as if spontaneously as Mr. Montero sings of stumbling over stones in ‘Rückblick.’  A restless intensity in ‘Irrlicht’ is compellingly contrasted with stillness and simplicity in ‘Rast.’  ‘Frühlingstraum’ and ‘Einsamkeit’ possess an understated element of boyish wonder, touchingly evoked as a fleeting peace envelops the music.  Mr. Montero responds excitedly to the sounding of the post-horn, but hope turns to disappointment as it becomes apparent in ‘Die Post’ that there is no letter from his beloved.  The irony of ‘Der Greise Kopf’ and ‘Die Krähe’ is put forth sharply, and the menace and building tragedy are voiced with an avoidance of forcing in ‘Letzte Hoffnung’ and ‘Im Dorfe.’  There is an exhausted exasperation in ‘Täuschung,’ the almost childlike expression of betrayal drawing from Mr. Montero sounds drained of the fire of belief in humanity.  ‘Der Wegweiser’ is suitably bleak in tone, the determination to take the path from which no one has ever returned bringing a temporary return of resolve.  ‘Mut,’ with its proclamation that men must become gods themselves when the presence of God is not felt on earth, is sung with ringing brilliance, Mr. Montero meaningfully injecting the full power of his voice into the final two lines of the text.  He brings a credible ambiguity and mystery to ‘Der Leiermann,’ ultimately making the poet’s contemplation of the desolate, ignored old man deeply moving.  There are in the sound of Mr. Montero’s voice in his singing of ‘Der Leiermann’ senses of both resignation and rebirth.  More than many performances, Mr. Montero’s singing of the Cycle as a whole conveys a legitimate psychological journey, and his singing improves with each successive song to build a performance of great beauty and interpretive depth.

There is something peculiarly effective in this performance by Latin artists of music that relies so much upon imagery native to northern climes.  Schubert conjures environments that are as much psychological as physical, and both Juan Antonio Álvarez Parejo and José Manuel Montero dig into the psychiatric implications of Schubert’s music with tremendous energy, technical acumen, and brilliance of ensemble.  The best Lieder performances share with chamber music the sense of artists living, breathing, and performing together as one instrument.  In the best moments of this Winterreise, the singing and accompaniment dissolve into a single thread of sound that shimmers through Schubert’s music.  There are as many different interpretations of Winterreise as there are singers who perform the Cycle, and there is always room even in a crowded discography for performances by singers like José Manuel Montero who approach the music not as an important work to be added to their repertories but as a provocative, necessarily individual journey.