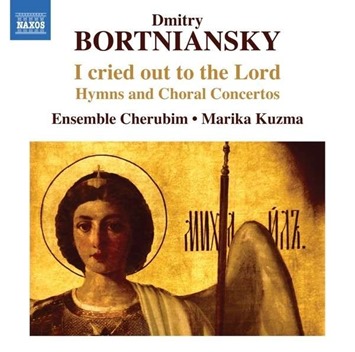 Dmitry Bortniansky was born in Hlukhiv, an important city in the Ukranian Cossack state that was formed after the deposition of Ivan Mazepa—the subject of Tchaikovsky’s opera Mazeppa—and the site of what is believed to have been the first singing school in the Russian Empire, founded in 1738.  Chronologically an almost exact contemporary of Antonio Salieri, Bortniansky is thought to have studied in Hlukhiv, where his singing was noticed and afforded him the opportunity at the age of seven to join the Choir of the Imperial Chapel in St. Petersburg.  During his youthful tenure at the Court of Catherine the Great, Bortniansky’s singing was nurtured by the Director of the Imperial Chapel Choir, the Italian composer and pedagogue Baldassare Galuppi.  When Galuppi returned to his native Venice to resume his duties as maestro di cappella to the Doge’s Basilica di San Marco, from which he was released in order to serve at the Russian Imperial Court, the young Bortniansky—then aged seventeen—accompanied him, likely being in the company of Galuppi and his son when they visited Johann Adolph Hasse in Vienna whilst en route to Venice.  In Italy, Bortniansky absorbed the musical styles of Venice, past and present, learning from Galuppi the basic tenets of polyphony and gaining exposure not only to the music of Galuppi and his contemporaries but also to traditions of Italian choral music extending back to Giovanni Gabrieli and other masters of the Venetian Renaissance.  Bortniansky returned to Russia in 1779 and rejoined the Imperial Chapel Choir, where his talents were rewarded with the Directorship in 1796.  During his tenure in St. Petersburg, Bortniansky composed operas, instrumental music, and a body of liturgical music that extended to ten volumes when it was edited by no less an admirer than Pyotr Ilyich Tchaikovsky.  In his capacity as Director of the Imperial Chapel Choir, Bortniansky presided over what was likely the first performance in Russia of Händel’s Messiah, and it was by the Imperial Chapel Choir that Beethoven’s extraordinarily challenging Missa solemnis was first performed in 1824.  The Imperial Chapel Choir was widely extolled as the finest choral ensemble in the world during the years of Borniansky’s work with the Choir, and the music on this delightful new disc from NAXOS confirms both the depth of Borniansky’s gifts and the obvious virtuosity of the chorus for which his Choral Concerti and Hymns were composed.

The disc begins with Cherubic Hymn No. 7, a setting of a text beginning with, ‘We, who mystically manifest the Cherubim.’  An ethereal piece, the Hymn recalls the motets of Renaissance Italy with its serene simplicity.  Like all of the works on this disc, the Hymn receives from Ensemble Cherubim a performance of ideal tonal blend, unimpeachably elegant phrasing, and great beauty.  The singing of Ensemble Cherubim is paced gracefully but authoritatively by Marika Kuzma, for whom this recording project was a true labor of love.

The Choral Concerti are remarkable works that display compelling originality.  Combining the deeply-rooted traditions of a cappella singing in Russian liturgical music with concertato passages that recall both Italian liturgical music and opera, the Concerti are works that make considerable demands on the choristers.  It is indicative of both the natural talents and the preparedness of the choristers of Ensemble Cherubim that Bortniansky’s demands are so consistently and imperturbably met.  Most of the Concerti are settings of texts drawn from Psalms, and the expressiveness with which Bortniansky responded to the words shapes the Concerti eloquently.  Not surprisingly for pieces with texts drawn from Psalms, the Concerti recorded here are mostly hymns of thanks, and the exuberance inherent in the music evoking voices raised to God is enchanting.  Solo parts are taken by members of Ensemble Cherubim, and not one of these choristers disappoints.

Choral Concerto No. 1, a setting of ‘Sing unto the Lord a new song’ (Psalm 149: 1 – 4), is a brilliant exploration of the text that ends with ‘He shall exalt the meek with salvation.’  Concerto No. 6, its text taken from an adaptation of Psalm 51’s exultation of the Nativity, makes creative use of the ‘Gloria in excelsis deo’ in Church Slavonic.  The text of Concerto No. 9 draws upon verses from six Psalms, beginning with the familiar, ‘This is the day which the Lord hath made.’  Concerto No. 15 is perhaps the most traditionally Russian of the Concerti, its text taken from an adaptation of a Resurrectional sticheron, a traditional hymn form used solely in morning and evening services that conform to the Byzantine Rite.  It is in Concerto No. 15 that Bortniansky’s native musical heritage is apparent in its most elegant mode, Russian and Ukrainian traditions evoked in passages of plainchant familiar from Orthodox services.  Concerto No. 18 is rich with musical references, its text from Psalms 92 and 5 extolling the praise offered to heaven ‘on a psaltery of ten strings, with an ode upon the harp.’  Concerto No. 21 is an especially beautiful, poignant piece, its spirit of thanksgiving for delivery from harm derived from verses taken from Psalm 91.  Relief from affliction is the theme of Concerto No. 27, the words taken from Psalms 77 and 18.  Psalm 39 provided the text for Concerto No. 32, its appeal for understanding and peace before death having endeared this Concerto in particular to Tchaikovsky.  In the final movement of Concerto No. 32, Bortniansky made use of every element of traditional counterpoint that he learned during his studies in Venice.

The most familiar piece on the disc, known even by those to whom Bortniansky’s name is elusive, is the closing hymn, ‘How great is our Lord in Zion,’ its melodic inspiration and celebration of universal fellowship in faith having led to its recognition as an unofficial Russian national anthem and its popularity throughout the world.  The hymn receives from Ensemble Cherubim a performance of fabulous conviction.

In addition to the sublime singing offered by Ensemble Cherubim on this disc, the scholarship of choristers and conductor extends beyond the novelty of the music itself.  To the greatest extent allowed by surviving contemporary accounts, careful study of the configuration of Bortniansky’s choir has been applied to the performances of the Choral Concerti, with particular attention given to the placement and differentiation of voices in the solo and tutti passages, mimicking the effects of the concertino and ripieno complements in the Italian instrumental music that would have been familiar to Bortniansky.  The choristers also attempt pronunciations of the Church Slavonic texts in a manner that would be familiar to Bortniansky rather than adopting the pronunciation schemes used in Russian and Ukraine today.

From start to finish, this is a wonderful disc that introduces the listener to the music of a truly original voice in the music of the late Eighteenth and early Nineteenth Centuries.  Born into a rich tradition of Russian and Ukrainian liturgical music and educated in both the late Italian Baroque and Viennese Classicism, Dmitry Bortniansky melded a style of composition of choral music that was old-fashioned, tastefully modern, and impressively progressive all at once.  With performances of the quality achieved by Ensemble Cherubim and Marika Kuzma on this disc, the music of Bortniansky—including his operas—seems poised for rediscovery.  Thanks are due to NAXOS for continuing to carry the torch for unjustly overlooked composers and their music: this disc proves a delicious musical feast in the label’s already-impressive banquet of untasted delicacies. 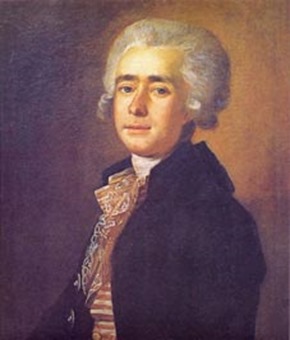