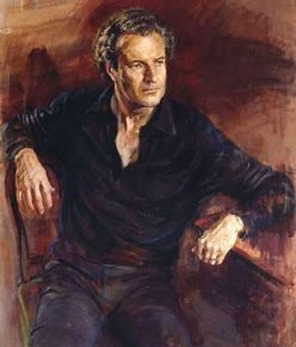 Acclaimed British conductor Sir Colin Davis has died at the age of eighty-five.  A commanding presence on the British music scene throughout a long career, Maestro Davis was legendary for his leadership of the London Symphony Orchestra, with much of his repertory with the Orchestra documented on award-winning recordings.  This legacy was further enriched by the founding of the LSO Live record label, under whose auspices a recording of Maestro Davis’s April 2012 Barbican concert performances of Weber’s Der Freischütz with Christine Brewer, Sally Matthews, and Simon O’Neill is due for release later this month.

Born in Surrey, the young Davis was educated at Christ’s Hospital and the Royal College of Music, where he initially studied clarinet.  As musical influences on his youthful endeavors, Davis cited Sir Malcolm Sargent, Sir Thomas Beecham, and Bruno Walter.  Among his earliest engagements as a conductor of opera was a production of Don Giovanni for the newly-formed Chelsea Opera Group.  It was a performance of L’Enfance du Christ at the Bryanston Summer School that awakened Davis’s lifelong affection for the music of Hector Berlioz.

Don Giovanni again proved the vessel on which Maestro Davis’s career advanced when he substituted for the famous Mozartean Otto Klemperer at a 1959 performance at Royal Festival Hall.  This paved the way for an invitation from Sir Thomas Beecham to participate in a Glyndebourne production of Die Zauberflöte.  The music of Mozart would continue to be central to Maestro Davis’s career, in the world’s opera houses, concert halls, and recording studios.  Maestro Davis’s recordings of Mozart’s operas proved some of the most successful installments in the Philips Complete Mozart Edition, with some of the recordings offering unexpected delights of casting: Monsterrat Caballé and Dame Janet Baker as the scheming sisters in Così fan tutte, Martina Arroyo as a steely but exquisitely feminine Donna Anna in Don Giovanni, the deliciously full-throated but lyrical Contessa of Jessye Norman in Le Nozze di Figaro, the scorching Elettra of Roberta Alexander in Idomeneo.  Maestro Davis’s earlier, 1968 studio recording of Idomeneo remains an important pioneering effort at restoring the opera to the scale envisioned by its 25-year-old composer and an uncommonly rewarding musical performance, its cast—the young George Shirley in the name part, the woefully neglected Margherita Rinaldi as Ilia, and the barnstorming Pauline Tinsley as Elettra—setting standards of both musical excellence and dramatic verisimilitude, inspired to their achievements by Maestro Davis’s winning leadership.  Mozart’s Symphonies likewise enjoyed the precision and buoyancy of Maestro Davis’s baton, along with the instrumental and choral music of Franz Joseph Haydn, and those who love Händel’s most popular oratorio cherish Davis’s Philips recording of Messiah with the never-surpassed quartet of Heather Harper, Helen Watts, John Wakefield, and John Shirley-Quirk, a ‘traditional’ reading of the score that nonetheless hints at the historically-informed performance practice movement that was simmering in British musical institutions.

Music by composers of his native Britain also loomed large in Maestro Davis’s career.  His inspired conducting was crucial to the success of Covent Garden’s 1968 revival of Sir Michael Tippett’s The Midsummer Marriage, an opera viewed since its premiere in 1955 as a complicated, difficult piece: so compelling was the revival that a studio recording was undertaken, also conducted by Maestro Davis, and this proved to be one of the classics of British opera on records.  This was followed in 1970 by Maestro Davis presiding over the premiere of Tippett’s The Knot Garden, a rewarding if controversial experience for both composer and conductor that contributed to Tippett’s decision to dedicate his fourth opera, The Ice Break, to Davis.  Success in standard Italian and German repertories—the ‘meat and potatoes’ fare of Verdi, Puccini, Wagner, and Strauss in the opera house and Beethoven and Brahms in the concert hall—largely eluded Maestro Davis, whose abundant musical good sense led him, after notable early failures, to cede these sectors of the repertoire to other conductors.  Free to concentrate on the music of composers like Sir Edward Elgar, Sir William Walton, and especially Jean Sibelius, Maestro Davis likewise expanded the musical horizons of the British public by championing the operas of Igor Stravinsky, Alban Berg, and Alexander Zemlinsky, as well as conducting the British premieres of Kurt Weill’s Aufstieg und Fall der Stadt Mahagonny and Ildebrando Pizzetti’s Assassinio nella Cattedrale.  The operas of Benjamin Britten also inspired Maestro Davis, with performances and recordings that complemented and in some cases challenged the famed productions and records conducted and supervised by the composer.  It was with Britten’s Peter Grimes that Maestro Davis made his Metropolitan Opera début in 1967, pacing a production by Tyrone Guthrie that featured Jon Vickers as a polarizing Grimes, Lucine Amara as Ellen Orford, Sir Geraint Evans as Balstrode, Jean Madeira as Mrs. Sedley, and Lili Chookasian as Auntie.  Critics were divided on the overall musical integrity of the production, but opinion was virtually unanimous that Maestro Davis had, as Irving Kolodin put it in Saturday Review, ‘a superb success.’

It would be folly to suggest that any one work or group of works encapsulates the legacy of a conductor as versatile as Sir Colin Davis, but it cannot be denied that one of his most lasting contributions to music both in Britain and internationally is his espousal of the music of Hector Berlioz.  Transformed from a reputation for ungainliness to global palatability by Maestro Davis’s dedication to presenting performances and recordings memorable for their meticulous preparation, consistent musical integrity, and employment of the finest artists available, Berlioz as a composer with a goal of having his music remembered, enjoyed, and analyzed by subsequent generations of music lovers owes more to Maestro Davis than to any other musician.  Though Les Troyens was first performed at Covent Garden in 1957 under Rafael Kubelík’s baton, it was not until Maestro Davis conducted the Bärenreiter critical edition of the score at the Royal Opera House—and in the recording studio for Philips—in 1969 that the opera started to gain a foothold in the international repertory.  Maestro Davis’s sensitivity to Berlioz’s unique vocal demands, orchestrations, and dramatic situations revealed that Les Troyens is indeed a musical behemoth but a tremendously rewarding one, one that requires commitments of stamina and devotion from both performers and audiences and repays these commitments richly.  The prickly, often peculiar sonorities of Berlioz’s music conjure a world in which Maestro Davis was entirely at home, and his command of the individual idioms of Berlioz—perplexing to those conductors who excel in the ‘meat and potatoes’ repertory—was complete throughout his career.  Perhaps only in the case of Sir Charles Mackerras and the music of Janáček has the name of a single conductor been so inextricably joined with the music of a particular composer as is true of Sir Colin Davis and Berlioz.  It is interesting to note that, beyond their respective specialties, both Mackerras and Davis were likewise masters of Mozart repertory.  Perhaps the clear-headedness demanded of an important Mozart conductor opened Maestro Davis’s mind to the magnificent muddles of Berlioz.

Sir Colin Davis was for more than fifty years a galvanizing presence in music, especially in Britain.  He was an old-fashioned Kapellmeister in the best sense of that term, a champion of ‘new’ and modern repertory whose conducting technique was founded on deep understanding and appreciation of Viennese Classicism, from which even the spikiest 20th Century music evolved.  A pioneer who was nonetheless outspoken in his preference for operatic productions that displayed absolute respect for the librettists’ intentions, even his contradictions were supremely musical.  Maestro Davis was at his core a ‘star’ conductor whose genius shone not from the podium but from the whole orchestra pit, from the depths of the stage, and from the grooves of records that convey but do not contain his infectious love of music. 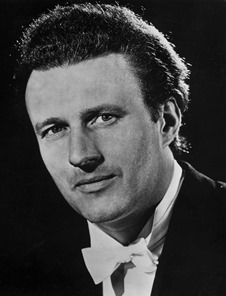