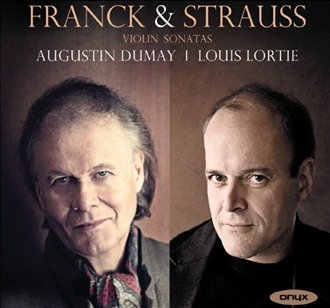 The names Eugène Ysaÿe and Arthur Grumiaux are as storied in the annals of violin-playing as Kirsten Flagstad and Lauritz Melchior are in those of Wagner singing.  Pillars of the Franco-Belgian school, these artists elevated the standards of playing attributed to French-speaking violinists to equal and even surpass those of Italian, Slavic, and Teutonic violinists.  Since the early death of Grumiaux in 1986, perceptible elements of the Franco-Belgian school of playing have eroded along with those of other ‘national’ schools.  While it can be argued that overall standards of playing have gradually increased since the turn of the 20th Century, with young players generally displaying more consistently accomplished techniques than all but their most gifted forbears, it cannot be denied that the unique qualities that audibly identified violinists of different nationalistic and ethnic origins have all but disappeared.  A sameness of approach similar to that of which opera lovers complain also affects instrumentalists, so the rare instance in which an artist’s playing exhibits the hallmarks of any of the lamented ‘national’ styles of performance is noteworthy and, especially to younger listeners, often revelatory.  The playing of Augustin Dumay on this recording is extraordinary not merely for its homage to the ancestry of Ysaÿe and Grumiaux but also, most importantly, for its eloquence, beauty, and formidably sure intonation.

Interestingly, the recording of chamber music seems to pose challenges to engineers and producers nearly as great as those of recording larger-scaled works.  Placing a large orchestra or gaggle of voices within a viable soundscape is an obviously daunting task, but the evidence of more than a century of recordings of chamber music suggests that balancing the sounds made by a small group of musicians is equally demanding.  César Franck, Richard Strauss, Augustin Dumay, and Louis Lortie are all done a great service by the work of the team assembled by Onyx Classics for this recording.  The sonic results achieved by Executive Producer Matthew Cosgrove, Producer and Balance Engineer Chris Alder, and Editing and Mastering Technician Michel Pierre are superb.  Perhaps there are those audiophiles who might object to the closely-detailed sound on this disc, which places both violinist and pianist in a warm, reverberant acoustic that allows uncommon fidelity to pitch and rhythm without sounding coldly analytical.  The atmosphere of the recording studio can rob a performance of vitality, and one of the most delightful aspects of the sonic quality of this disc is the audible sense of an actual performance by genuine musical artists taking place before the microphones.  Hearing the breathing of the performers heightens this sense of occasion without in any way distracting from the music-making and even highlights the breadth of both musicians’ phrasing.

The vigor and expansiveness of César Franck’s Violin Sonata, composed in 1886 as a wedding gift for Eugène Ysaÿe, belie it being the work of a composer in his sixties and well into the last decade of his life.  Combining the formality typical of Franck’s mature work with unusual passion and staggering demands for virtuosity from both violinist and pianist, the Violin Sonata is among Franck’s most memorable works and one of the finest sonatas for violin and piano in the repertory.  Very accomplished musicians sometimes fall victim to the difficulties of Franck’s writing, but no niceties of technique elude Mr. Dumay or Mr. Lortie.  Mr. Lortie faces a far more demanding task in Franck’s Sonata than in many similar works, and the aplomb with which he plays all four movements is a testament to his artistry.  The artistic integrity of both players is beyond reproach, in fact: Mr. Dumay’s tone has much of the singing quality remembered from the playing of Grumiaux, and Mr. Lortie’s playing has the intensely communicative sensibility of a great Lieder accompanist.  It is refreshing to hear a performance of chamber music as symphonically-conceived as Franck’s Violin Sonata played with such unwavering attention to its inherent tunefulness: the art of song pervades this performance as compellingly as the technical prowess of the players.  Particularly in the Allegretto ben moderato opening movement, Mr. Dumay and Mr. Lortie engage in a wonderfully elegant ‘conversation,’ which is convincingly extended throughout the Sonata.  Whereas many players are content merely to survive a performance of the Franck Sonata, Mr. Dumay and Mr. Lortie approach the music with both appropriate hubris and humor, informed but not inhibited by tradition.

The B-minor Prelude, Fugue and Variations—originally written for organ, on which instrument the composer was a noted virtuoso, and performed here in an arrangement by Mr. Dumay and Mr. Lortie—is a work that nods to Franck’s academic predilections with its reflections of Bach.  Mélancolie, another work composed late in Franck’s life, is a beautiful miniature, its emotional provenance more one of weariness than genuine sadness.  Both pieces receive from Mr. Dumay and Mr. Lortie performances of dash and distinction.  On a similar path, in name and in practice, is the Strauss miniature ‘Auf stillem Waldespfad,’ played in an arrangement by the legendary Jascha Heifetz.

Heifetz was an early champion of the Opus 18 Violin Sonata in E-flat of Richard Strauss, composed in 1887 when Strauss was in his early twenties.  Written by a composer at the opposite end of his career, Strauss’s Violin Sonata is ironically almost exactly contemporaneous with Franck’s Sonata: both are emphatically works of the 19th Century, Franck’s a summation of the Sonata form as developed and enriched by his contemporaries and Strauss’s a transition from the tonal world of Beethoven and Brahms to that of the 20th Century.  Though Strauss largely abandoned chamber music after youthful efforts, it is significant that several of his operas—most notably Ariadne auf Naxos, Capriccio, and Intermezzo—employ chamber-music-like passages in moments of greatest emotional depth.  Despite being an early work, the Violin Sonata inhabits the extroverted but quietly wistful tonal world of mature Strauss, the writing for both instruments displaying versatility and reminding that listener that the young Strauss was accomplished as both a violinist and a pianist.  Though recorded by many fine musicians, Strauss’s Violin Sonata is not as well known as it deserves to be, and the performance by Mr. Dumay and Mr. Lortie on this disc proves that the piece merits inclusion in the repertoire of every sonata duo capable of playing it.  Though Strauss’s music is unmistakably Teutonic in mood, the Francophone light and shade of Mr. Dumay’s and Mr. Lortie’s playing reveals unexpected moments of levity even in the most athletic passages.  This performance embraces the sentimentality that permeates the Sonata, expressing without exaggeration the myriad emotions inherent in the score.  As in their playing of the Franck Sonata, Mr. Dumay and Mr. Lortie successfully meet every technical demand of Strauss’s music, ripping through the opening movement with panache and tackling the complex second movement unflinchingly.  Playing with power that would be welcome in Elektra and grace reminiscent of Arabella, Mr. Dumay and Mr. Lortie prove tremendously adept Straussians.

With their vastly disparate styles, it might be assumed that the Violin Sonatas of César Franck and Richard Strauss would prove ill-matched companions.  A common aphorism suggests that music is an universal language, however, and the playing of Augustin Dumay and Louis Lortie on this disc exemplifies the power of exceptional performers to apply individual styles to plumb the complementary qualities of great pieces of music.  Both of the Sonatas on this disc receive performances of power and nuance, violinist and pianist introducing 21st-Century listeners to the best elements of the Franco-Belgian school of playing that in recent years have been dormant and feared extinct.  Resurrecting exalted traditions is an achievement of only the finest musicians.  Augustin Dumay and Louis Lortie accomplish this and go even further with this fantastic recording: they launch their own unique tradition of uncompromising excellence.