FOR THE RECORD: Recording of Rameau’s Harpsichord Music honored with GRAMMY® Nomination 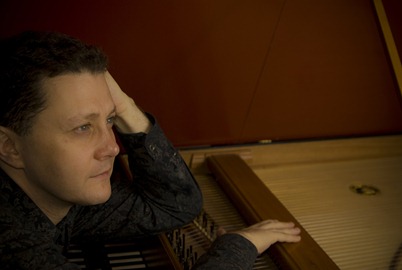 It is a sad reflection of the way in which the mainstream music industry has become a compromised entity that too many awards lists are dominated by titles with the greatest promotion teams behind them rather than those with the most important artistic merits.  This is perhaps slightly less true of recordings of Classical Music, which admittedly are as susceptible to both the boosts and the burns of hype as recordings in any other genre but are, in general, heard—and purchased—by listeners who are at least somewhat acquainted with the performers and music at hand.  It seems remarkable that, after four decades of increased attention to historically-informed performance practices and period instruments, not to mention dozens of celebrated recordings by famous (and infamous) artists, solo harpsichord music has been virtually ignored by the GRAMMY® nominating committee.  This oversight was rectified by the deserved nomination of American harpsichordist Jory Vinikour’s Sono Luminus recording of the Complete Harpsichord Works of Jean-Philippe Rameau in the category of Best Classical Instrumental Solo of the 55th Annual GRAMMY® Awards.

‘It is difficult to [express] how excited I was to find myself among the nominees for the GRAMMYs®,’ Mr. Vinikour says.  ‘Dan Merceruio, the producer of my Rameau recording, and Dan Shore, the engineer, had let me know that my CD was on the “long list” of candidates—along with well over fifty recordings.  I was really delighted that this recording, which we really labored over, was even put forth to the voters of the Recording Academy.’  The integrity of Mr. Vinikour’s achievement is revealed by the company he enjoys in his Category.  ‘The GRAMMY® Awards have a great aura around them, a genuine mystique,’ Mr. Vinikour reflects.  ‘I am honored to be the neighbor of András Schiff [nominated for his recording of Bach’s Wohltemperierte Clavier on ECM New Series] and Kim Kashkashian [nominated for her recording, also on ECM New Series, of Music for Viola by Kurtág and Ligeti].  Great friends like Joyce DiDonato and Anne Sofie von Otter are also nominated [both in the Best Classical Vocal Solo Category].  I am outrageously lucky and spoiled to record for Sono Luminus, with the Dans [Merceruio and Shore]—both incredible—and on an extraordinarily beautiful and singing harpsichord made by Tom and Barbara Wolf.  And, of course, to have the honor to interpret the unexcelled music of Jean-Philippe Rameau.’

Mr. Vinikour returns to the Sono Luminus studio next month to record a disc of 17th Century Italian music—including works by Monteverdi, Strozzi, Ferrari, and Frescobaldi—with the talented and dynamic Brazilian-born countertenor José Lemos.  This is certain to be an exciting addition to the discographies of both artists, as well as a further release from one of Classical Music’s most enterprising record labels.

Congratulations to Mr. Vinikour not only for his GRAMMY® nomination but also for offering admirers of the ‘unexcelled’ music of Rameau a landmark recording of the enigmatic composer’s Complete Music for Harpsichord.