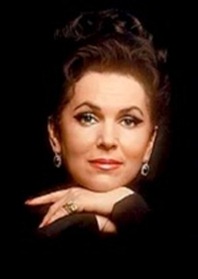 Say the words ‘Russian repertory’ to almost any music lover born in the second half of the Twentieth Century, and the name Galina Vishnevskaya is certain to occupy a prominent position in the thoughts that follow.  It was Galina Vishnevskaya who introduced many Western listeners to the complexities and glories of the Russian soprano repertory, and for this alone she would be remembered as one of the most dynamic artists of the Twentieth Century.

It was as Tatyana in Tchaikovsky’s Yevgeny Onegin that Ms. Vishnevskaya conquered the world beyond Russia, however.  Recording the role for Melodiya in 1956, she created a performance that remains as fresh, revelatory, and dramatically arresting today as when it was recorded.  Indeed, many stage performances are not as compelling as Ms. Vishnevskaya’s recorded Tatyana, which benefits from a voice of ideal proportions and colors for the role.  Charged with the tension of a deeply intelligent and self-aware young woman experiencing a transforming romantic and sexual awakening, Ms. Vishnevskaya’s performance set standards that have never been surpassed.  The performance leaps out of the sound waves and directly into one’s imagination, and once the Melodiya performance has been heard it is impossible to hear another singer as Tatyana without comparing her to Ms. Vishnevskaya.  It is a performance that forever changed perceptions of Tchaikovsky’s most chameleonic heroine.

Ms. Vishnevskaya made her La Scala début as Liù in Puccini’s Turandot in 1966, opposite the Turandot of Birgit Nilsson and the Calaf of Franco Corelli.  Nilsson and Corelli were one of opera’s rare ‘dream teams’ in 1966, and holding one’s own opposite such a legendary pair in signature roles might have been considered virtually impossible.  By some accounts, Ms. Vishnevskaya walked away with the laurels, however, and a recording of the opening night performance recently reissued by La Scala confirms that Ms. Vishnevskaya’s Liù was a towering performance, little troubled by the inevitable nerves of a La Scala début.

Few artists earn the unwavering adoration of audiences.  Galina Vishnevskaya achieved this with grace and dramatic intensity.  Her voice was perhaps imperfect, but she was a shrewd, thoughtful artist who understood instinctively that she impersonated imperfect characters.  In a sense, she shared an artistic identity with Tchaikovsky’s Tatyana: she gave of herself to a degree that revealed the raw, smoldering core of her soul, and she pursued what she perceived as her artistic duty to the end of her career.  Unlike Tatyana, Galina Vishnevskaya was accepted by a musical world hungry for her unique brilliance. 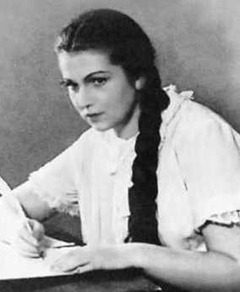