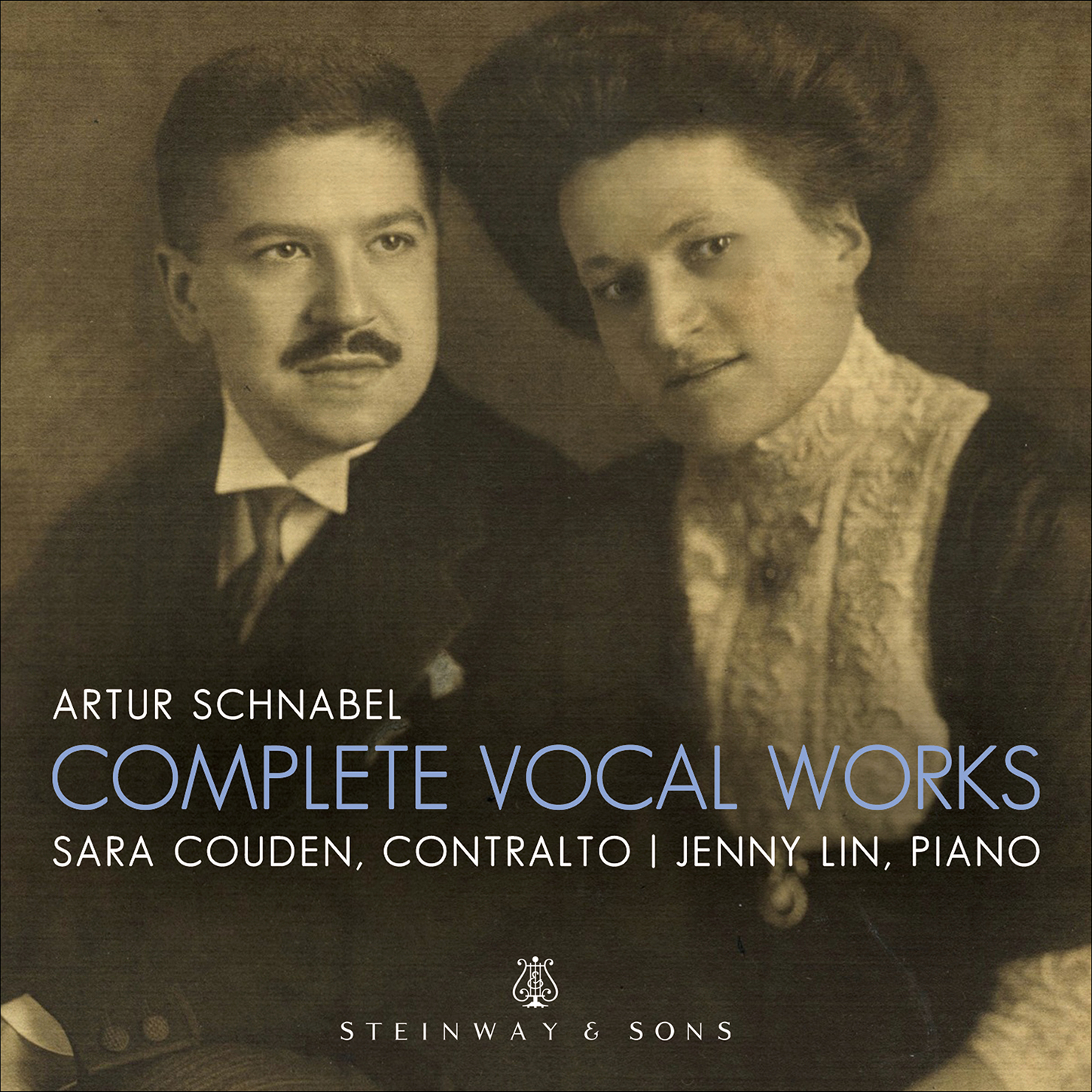 Virtually all admirers and students of the thirty-two canonical piano sonatas of Ludwig van Beethoven have been exposed to the work of pianist Artur Schnabel. Born in the Silesian region of modern Poland as the Austro-Hungarian empire of Franz Joseph neared its end, Schnabel studied in Vienna with Theodor Leschetizky and his wife Anna Yesipova, inaugurating an artistic connection to Beethoven via Leschetizky’s teacher, Carl Czerny, and making the acquaintance of Johannes Brahms, into whose selective society the teenaged prodigy was welcomed. It can be theorized that early immersion in the then-little-remembered piano sonatas of Franz Schubert lured Schnabel into the Beethoven sonatas, upon his interpretations of which his renown would ultimately be founded. Fleeing the National Socialist regime in 1933, Schnabel entered British HMV studios to record music by Beethoven, producing the first complete cycle of Beethoven’s mature sonatas. Eighty-seven years after the 1935 completion of the sonata recordings, Schnabel’s accounts remain a benchmark to which every subsequent performance is compared.

Around the turn of the Twentieth Century, a meeting in Berlin, to which city he relocated in 1898, with contralto Therese Behr proved to be doubly fortuitous, in the personal sense that she became Schnabel’s wife and in enticing the pianist into the realm of Lieder. With Schnabel at the keyboard, Behr pioneered performance of Schubert’s Winterreise by a female voice, but she also spurred her husband to compose Lieder of his own to capitalize on the quality of her voice and celebrate their relationship. Schnabel was not a prolific composer in the manner of Haydn and Mozart, but his body of work surprises by containing relatively few pieces for solo piano. His catalogue of Lieder is also not extensive, but the songs contain some of his most original writing for the instrument of which he was one of history’s greatest exponents.

Recorded for the Steinway and Sons proprietary label in a close but warm acoustic, this recital of Schnabel’s complete Lieder partners Steinway ambassador Jenny Lin with one of the Twenty-First Century’s rarest vocal commodities—a true contralto. The highest-quality recordings of Therese Behr were made when she was in her mid-fifties and offer only suggestions of the amplitude, timbre, and range of the voice in its prime. The most reliable testaments to her vocal abilities are therefore found in the songs written for her by Schnabel, Richard Strauss, and other composers. In her performances of the Schnabel lieder on this disc, Sara Couden engages her own formidable abilities in an appraisal of Behr’s artistic persona. The spirit of her predecessor’s influence on the creation of this music is omnipresent, but Couden does not endeavor to portray Behr by singing her songs. Rather, these become her songs, and she sings them with insights unique to her journey.

Composed during a span of seven years, Schnabel’s Lieder are remarkably consistent in style. Written singly but published in collections, eschewing programmatic cycles like those created by Schubert and Schumann, the songs also demonstrate fidelity to a small number of poets. The set of five Lieder für Singtimme und Klavier written between 1902 and 1906 wields the greatest textual variety amongst the Lieder, the first song, ‘Sphärengesang,’ being Schnabel’s sole setting of verses by Hieronymus Lorm, the nom de plume of Austrian poet Heinrich Landesmann. The Lied’s subtle mysticism builds from a disquieting start, evocatively rendered by Lin, and Couden imbues the vocal line with ethereal tranquility.

Both ‘Frühlingsgruss’ and ‘Morgengruss’ use lines penned by Joseph Freiherr von Eichendorff, whose work provided texts for composers throughout the Nineteenth Century. Couden and Lin mold their performances of the former Lied with apt anticipation and of the latter with unaffected awe. The words of ‘Das Mädchen mit den hellen Augen’ were authored by Theodor Storm, and they are uttered with undeviating concentration on Schnabel’s clever manipulations of their sounds. Friedrich Rückert’s ‘Abfindung’ oppresses the mood of uncomplicated happiness engendered by the first four songs, the unease that lurks in the piano realized by Lin with the controlled agitation heard in Schnabel’s performances of Beethoven’s tumultuous late sonatas. Momentary doubt shudders in Couden’s vocalism before being vanquished by the abiding confidence of her interpretation of the words.

Verifiable information concerning Behr’s career as a soloist is frustratingly elusive. It can be conjectured based upon chronological possibility and vocal feasibility that she may have sung the part of the Waldtaube in Arnold Schoenberg’s Gurre-Lieder in the years between the work’s 1913 première and her retirement, but only the presumed suitability of the voice for the music is documented. Nevertheless, there are undeniable similarities between Schoenberg’s pre-Moses und Aron musical language and the structure of Schnabel’s Lieder. Dating from a period extending from 1899 to 1902, the ten Lieder für Stimme und Klavier published as Schnabel’s Opus 11 vary greatly in subject but are musically cohesive, intimating that, even before their marriage in 1905, the composer had gained thorough knowledge of the contours of Behr’s voice. Poems by Werner Wolffheim supplied the words for two of these songs, ‘Wunder’ and ‘Ein ferner Frauensang,’ and the texts also supply Couden and Lin with means via which to create their own poetry. Lin discerns the appropriate atmosphere for each Lied, honoring Schnabel’s markings but also listening carefully to the metamorphosing colors of Couden’s singing.

Schnabel turned to verses by Richard Dehmel for three of the Opus 11 Lieder. The evolving emotions of ‘Dann’ are limned by contralto and pianist with dauntless directness, and the contrasts between ‘Manche Nacht’ and ‘Waldnacht’ are intensified by the lightness of Lin’s pianism and the shadows that darken Couden’s vocalism. Only ‘Marienlied’ uses words by Novalis, né Friedrich von Hardenberg, but this performance affirms the efficacy of Schnabel’s treatment of the lines. Similarly, verses by Hanns Sachs and Otto Julius Bierbaum respectively appear once in Opus 11, the first in ‘Das Veilchen an den spanischen Flieder,’ bewitchingly sung, and the second in ‘Tanzlied,’ in which the dramatic thrust of every phrase is accentuated without being exaggerated. The writing of Stefan George seems to have appealed strongly to Schnabel, who sourced texts for several of his most deeply-felt Lieder from George’s work. Ideally partnered by Lin’s mercurial playing, Couden’s patrician phrasing lends ‘Dieses ist ein rechter Morgen’ particular persuasiveness. The fervor with which ‘Sieh mein Kind ich gehe’ is performed makes the love that Schnabel and Behr shared audible six decades after their deaths.

Especially in these Lieder’s most extroverted passages, the columnar voluptuousness of Couden’s voice sometimes needs greater aural space in which to reverberate than studio microphones afford, but full-voiced emoting is never sacrificed in the interest of singing to the microphone. The vocal power at Couden’s command is heard in her traversals of the seven Lieder of Schnabel’s Opus 14, their words extracted from works by Eichendorff, George, and Storm. Foreboding and resignation trouble the beauty of ‘Frühlingsdämmerung,’ Lin and Couden projecting faltering resolve, but they infuse ‘Oktoberlied’ with an air of relieved acceptance. Almost fifty years before Richard Strauss composed his Vier letzte Lieder, Schnabel addressed similar themes of battling and surrendering to time in ‘Abendständchen’ and ‘Abendlandschaft,’ two of his most affecting songs that receive two of this recording’s finest performances. The wistful serenity of Couden’s voicing of ‘Hyazinthen,’ facilitated by Lin’s wondrously Impressionistic playing, is supplanted in ‘Heisst es viel dich bitten?’ by apprehensive sobriety. These artists ensure that the gravitas of ‘Die Sperlinge’ does not become morose, never permitting tension to eclipse tenderness.

Built upon verses by Dehmel, the 1914 Notturno für Singstimme und Klavier (Opus 16) is at once an expansive, rhapsodic duet in which the piano engages in a dialogue with the voice and a chamber piece that pairs the instruments on equal footing in a twenty-two-minute sonata with words. Meandering through shifting psychological landscapes, the text is akin to a stream-of-consciousness monologue to which Schnabel’s music grants narrative continuity. Lin articulates the piano’s proto-prologue with a deceptive attitude of spontaneity, the music’s improvisatory mien masking the accuracy of her playing. Couden’s singing is no less precise, her intonation and diction exact in the Notturno and all of the Lieder. The seamless integration of her registers and centered placement of vowels are reminiscent of the singing of Ernestine Schumann-Heink, heard on recordings good enough to substantiate that her reputation was warranted.

Compelling in every selection, Couden’s expressivity in the Notturno is incredible. Schnabel’s angular melodic lines, at times seeming to lack continuity on the page, are revealed in Couden’s performance to be diligently contoured to the emotional currents of the words. In each of Schnabel’s songs, Couden and Lin exhibit the manner in which the interactions between voice and piano parallel the marriage of music and words. Perhaps Schnabel did not purposefully glorify the symbolism of this interdependence, but a husband’s adoration for his wife permeates his vocal works. More than a century after their devotion inspired these songs, the Schnabels would surely rejoice in this unforeseen fruit of their union, a recital in which extraordinary artists of another generation rapturously reawaken their love