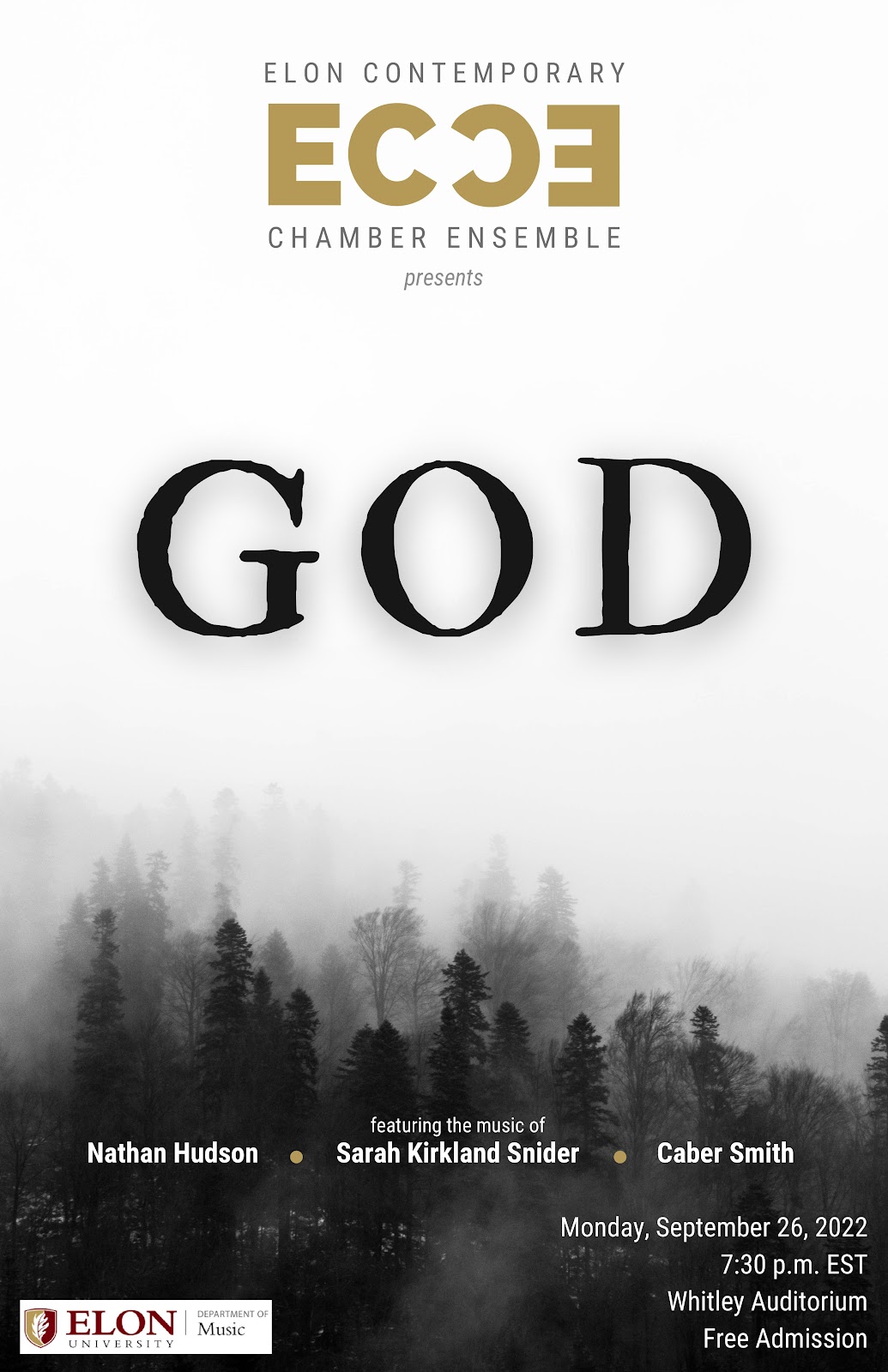 History documents audiences’ reactions to the first performances of seminal works of music like Jean-Philippe Rameau’s Hippolyte et Aricie, Ludwig van Beethoven’s Ninth Symphony, and Igor Stravinsky’s Le sacre du printemps, but, from the perspective of a time in which these pieces are so familiar as to no longer seem radical, it is difficult to imagine how such music must have sounded when it was truly sui generis. As Rameau, Beethoven, and Stravinsky defied the traditions from which their work emerged, composers in the Twenty-First Century continue to challenge listeners with music that creates its own contexts, striving to be heard with the sort of curiosity and contemplation that sparked musical revolutions of the past.

Whatever the circumstances, be they much-publicized premières of large-scale works in storied venues, débuts of compact pieces in intimate settings, or first introductions to innovative sounds, there is considerable excitement in hearing new music springing to life. Sadly, contemporary Classical music and the artists who create and perform it in the United States struggle to find audiences and funding. Much admirable music is being written, but it often goes unheralded outside of large metropolitan centers. That Elon Contemporary Chamber Ensemble, based at Elon University, garners the resources necessary to bring new music to central North Carolina—no cultural wasteland, of course, but also no bastion of avant-garde music—is remarkable, but the advocacy, integrity, and musicianship of the ensemble’s performances are a testament to the galvanizing leadership of Elon’s Director of Bands, Jonathan Poquette. Under his direction, ECCE’s Autumn 2022 concert, God, offered recent works by three gifted composers, splendidly performed by a team of artists whose individual and collective virtuosity astonished.

Opening the programme, Nathan Hudson’s Brace Yourselves! for clarinet and piano earned its title, the demands of the writing for both instruments leaving listeners gasping in amazement. A tribute to the composer’s friendship and close working relationship with author Ben Loory, Brace Yourselves! is a stylistic compendium, its musical dialects, ranging from post-Romantic lyricism to original variants of post-modern atonality, encompassing influences as diverse as Mozart’s, Weber’s, and Brahms’s works for clarinet and a sly nod to Krzysztof Penderecki. Pianist Annie Jeng transformed the keyboard into a Mahlerian orchestra, thundering and whispering as required and coaxing a surprising spectrum of colors from the instrument. In his intrepid performance of this music, some of the most daunting written for his instrument, clarinetist Andy Hudson provided a rare exhibition of the ways in which dazzlingly demonstrative writing can wield unexpected expressivity. The piece’s pensive moments were played with measured sophistication and expansive phrasing. When the composer pushed the clarinet to the limits of its abilities, Hudson responded by extending the boundaries of his technique. The electrifying energy of the performance belied the grueling preparation required to engender it, but Brace Yourselves! made a thrilling impression for which none in the audience is likely to have been prepared.

Inhabiting a vastly different sound world, Sarah Kirkland Snider’s You are Free augmented the scoring of Brace Yourselves! by completing a Pierrot ensemble with the addition of violin, cello, and flute and incorporating marimba, played in ECCE’s performance by percussionist Isaac Pyatt. Joining Jeng and Hudson, whose work maintained the high standard set in the first piece, violinist Nathan Southwick, cellist Meaghan Skogen, and flautist Linda Cykert played their parts eloquently, each instrument’s timbre organically assimilated into the aural tableau. The work’s glorification of personal freedom, interpretive independence, and continuing initiatives to foster liberty and artistic autonomy echoed in the ensemble’s sounds, especially in the marimba’s enchanting tones, exquisitely managed by Pyatt. Snider’s diaphanous music journeys through countless moods, but its prevailing evocation of hope was realized with touching simplicity and sincerity.

Inspired by one of the best-known episodes in English-language theater, the appearance of the witches in the opening scene of Act Four of William Shakespeare’s Macbeth, Caber Smith’s Toil and Trouble is essentially a xylophone concerto in miniature, the instrument engaging in a raucous contest with the Pierrot ensemble. ECCE’s musicians again played marvelously, but, transitioning from marimba to xylophone, Pyatt excelled. Reminiscences of prominent writing for xylophone in Saint-Saëns’s Danse macabre, Act One of Puccini’s Turandot and works by Bartók and Ravel, as well as Britten’s use of the Balinese gamelan, are numerous, but Smith created unique sonorities and textures for the instrument in Toil and Trouble. Invigorated by the momentum generated by his colleagues, Pyatt traversed the xylophone’s full range with astounding acumen, his performance marked by flawless musicality and unapologetic showmanship. His command of the instrument displayed artistic sorcery, and, through his whirring mallets, Smith’s music entranced the audience.

The title of the concert’s programme was borrowed from Nathan Hudson’s imaginative cantata God, composed in 2019 and given its world première in this performance. Setting a story with text by Ben Loory, Hudson endeavored to honor the youthful exposure to liturgical music that guided him along the path to a musical career. Vestiges of Martin Luther’s ‘Ein feste Burg ist unser Gott,’ Monteverdi motets, Bach chorales, Händel oratorios, and traditional hymns emerge as God progresses, but Hudson absorbs these memories into his own distinctive compositional voice. Increasing the Pierrot ensemble with an array of chimes, cymbals, and tom-tom, all vividly played by Pyatt, Hudson tells Loory’s story of a man who, wearied by the incessant exertion of enduring, yearns to stop breathing with compassion and wry humor, the music evincing the pathos of human ridiculousness.

Casting the instrumentalists as narrators and chorus viscerally involved them in the drama, and each musician spoke and sang cogently. As the voice of reason that, upon the despairing man’s attempt at ceasing to breathe, intones divine counsel, bass-baritone Donald Hartmann melded his merlot-hued timbre with debonair wit. This God’s benevolence did not preclude suggestions of bemused sarcasm, but Hartmann achieved an ideal balance of empathy and ennui. The incandescent voice of tenor Robert Anthony Mack shone in Hudson’s turbulent music for the man whose irrepressible need to sing overcomes his longing for silence. Uttering each word with conviction and glistening tone, Mack created a character in whose plight elements of Orpheus and Dædalus merged with the everyday stresses of ordinary people.

All music was once new, but no music grows old except by being allowed to decay through unfeeling, routine performances. Presenting works in their infancy compels artists to approach the music with careful study and fresh insights. These qualities abounded in Elon Contemporary Chamber Ensemble’s performances of pieces by Nathan Hudson, Sarah Kirkland Snider, and Caber Smith, but any composer of any era would be grateful for music making of such enthusiasm and expertise.