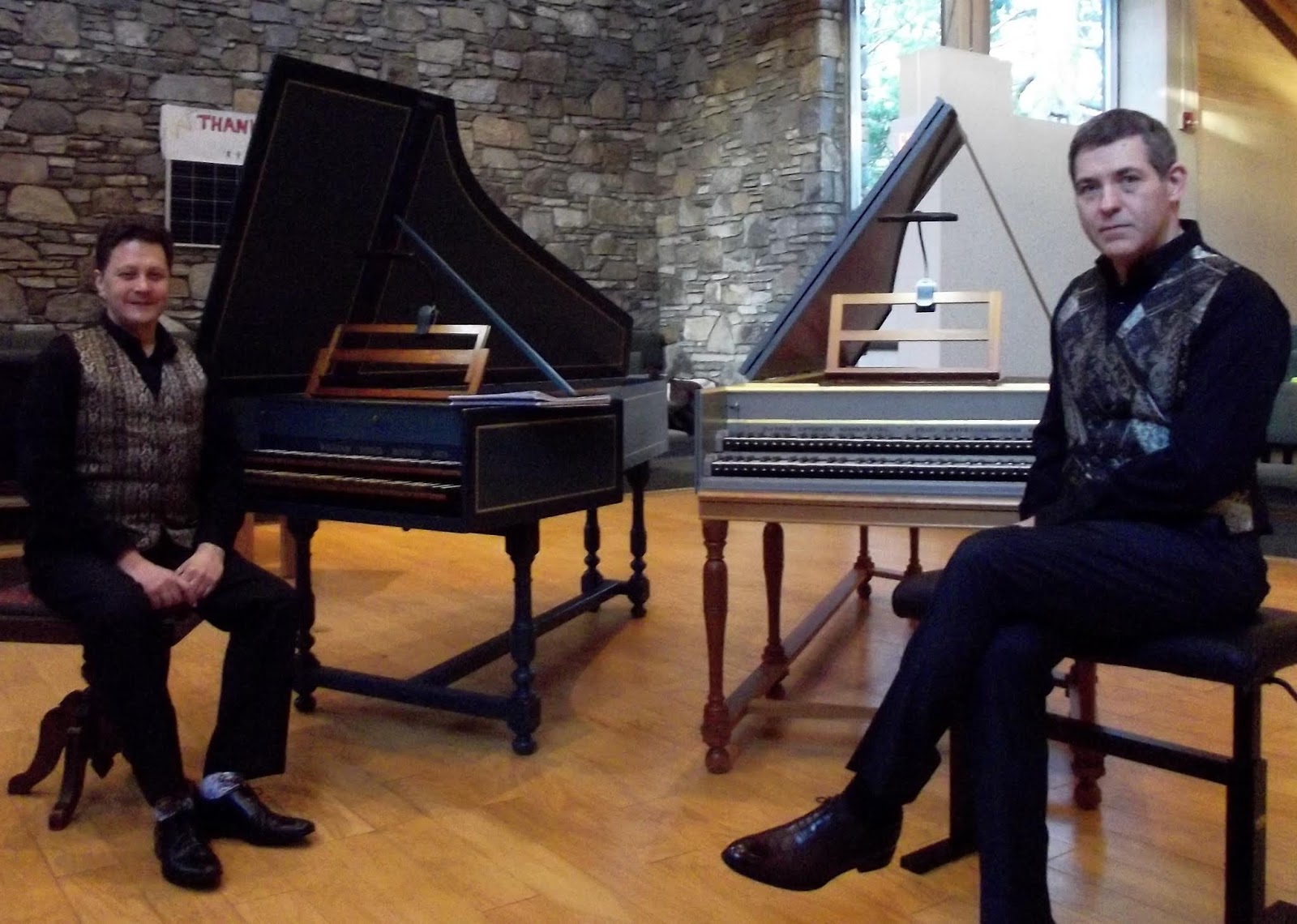 In her informative but hardly enlightening autobiography, A Prima Donna’s Progress, legendary soprano Dame Joan Sutherland recalled of the experience of recording the title rôle in Georg Friedrich Händel’s oratorio Athalia with the Academy of Ancient Music in 1985 that ‘the old (or reconstructed to ancient specifications) instruments were frankly a bore, wasting enormous amounts of time being tuned and constantly losing pitch again.’ La Stupenda was a pioneering interpreter of Händel’s music whose ornamentation and unapologetically colossal-scaled vocalism, regarded as unorthodox by her contemporaries, now often seem surprisingly tasteful, especially in comparison with other singers’ excesses, but a visionary proponent of period-appropriate performance practices she clearly was not. Were she preparing to sing Alcina, Rodelinda, Cleopatra, or Athalia today, advances in the practical mechanics of historically-informed performances might alter Sutherland’s opinion, but resistance such as hers to the demands and results of playing period instruments is thankfully now unusual.

Not so long ago, playing the keyboard music of Johann Sebastian Bach and his contemporaries on modern pianos, for the Eighteenth-Century prototype of which Bach expressed disdain, was commonplace, not only in recitals but also on recordings. Bach’s mastery of form was advanced to a degree that makes adaptation of his music for instruments other than those for which it was composed feasible and often effective, but hearing Bach’s keyboard music played on instruments approximating the timbres and temperaments of the instruments of the composer’s time discloses attributes that the modern piano’s mechanism obscures. A well-attended recital in Asheville, North Carolina, by world-renowned keyboard virtuosi Jory Vinikour and Philippe LeRoy exhibited the bountiful musical pleasures to be had from experiencing the music of Bach and three composers of similar vintage played with an aesthetic approach that would have been familiar to them.

Presented in the lovely, intimate sanctuary of Unitarian Universalist Congregation of Asheville, the recital was organized by 28 Chairs, an enterprising, District of Columbia-based initiative launched and led by indefatigable arts advocate Jessica Honigberg. A feat like bringing a recital featuring two harpsichords to Asheville is typical of what Honigberg and 28 Chairs accomplish—and bringing her goal of hearing music for two harpsichords in her hometown to fruition was truly a feat! On loan from Elaine Funaro, the harpsichords were first transported the 220 miles from Durham to Asheville, a journey paralleling Bach’s famed 200-mile trek on foot from Arnstadt to Lübeck to hear the Abendkonzerte organized by the renowned organist and composer Dieterich Buxtehude, and then readied for the recital by noted harpsichord builder, restorer, and technician Richard Kingston. Honigberg’s efforts were rewarded with a performance that filled the beautiful space with music making worthy of it.

Repertoire written or successfully adapted for two harpsichords is sparse, but it is hardly surprising that one of the finest pieces in this genre is the work of Bach, whose prowess in writing for the keyboard set new standards for his own and subsequent generations of composers. In Asheville, Vinikour and LeRoy exhibited exceptional mastery of Bach’s intricate, intertwining writing in his Concerto in C major for two harpsichords (BWV 1061a). Navigating the complex rhythmic exchanges of the opening Allegro movement, Vinikour and LeRoy fostered the kind of artistic synergy that transcends the coordinated playing of notes. The antiphonal competition between the two instruments found ideal combatants in these musicians, whose very different styles accentuated the nuances of the composer’s ingenuity. The harpsichordists’ complementary phrasing shimmered in the delicate strains of the Adagio ovvero Largo movement. [Vinikour and LeRoy reprised the Adagio ovvero Largo as their encore, trading instruments for the second playing, and they found entirely new subtleties in the music.]​ Bach was arguably the foremost doyen of counterpoint in the whole history of music, and his handling of thematic development in BWV 1061a’s Fuga combines near-mechanical rhythmic precision with harmonic inventiveness that no algorithms could produce. The energy of Vinikour’s and LeRoy’s playing as subjects flowed between them was electrifying.

Born during his father’s second tenure in Weimar, Wilhelm Friedemann Bach was the eldest son of Bach and his first wife, Maria Barbara. His reputation is now overshadowed to some extent by the wider familiarity of the work of his younger brothers Carl Philipp Emanuel and Johann Christian, but Wilhelm Friedemann possessed musical intelligence of the highest order and inherited his father‘s penchant for seeking his own artistic path. The innovative spirit of his compositional style is apparent in his Sonata in F major for two harpsichords, brilliantly played in Asheville by Vinikour and LeRoy. Their delivery of the passagework in the sonata‘s Allegretto e moderato movement was the musical equivalent of an extended volley between two tennis dynamos, and here, as in their performance of the elder Bach’s concerto, the clarity with which these artists communicate was unmistakable. The rhapsodic nature of LeRoy‘s playing was particularly suited to the lyricism of the central Andante movement, his beautifully-phrased answers to Vinikour’s statements like the echoes of lovers’ sighs. The Presto‘s rapid-fire figurations could find no better exponents than this pair: wholly untouched by artifice, their performance of this exhilarating music radiated the pure delight of fastidiously-cultivated artistic camaraderie.

For the recital’s second half, Vinikour and LeRoy looked beyond the Bach family without leaving Johann Sebastian’s circle of acquaintance. Johann Ludwig Krebs studied the organ under Bach’s tutelage in Leipzig, and his Concerto in A minor for two harpsichords, though slightly more Classical in construction than the bulk of Bach‘s music in similar form, bears the hallmarks of the teacher’s influence. Vinikour’s and LeRoy’s playing of the Allegro movement that launches Krebs’s Concerto also displayed the symbiotic attention to detail that characterized their performance of Bach’s music. As is often true of these artists’ work, their imaginative articulation of even the most intricate writing yielded surprising expressivity, disclosing seldom-explored emotional gradations in the music. In this performance, the central Affettuoso movement was reminiscent in its hypnotic interaction between the instruments, if not in basic structure or thematic material, of the duet for Andonico and Aspasia in Händel’s Tamerlano, ‘Vivo in te, mio caro bene.’ The Concerto’s final Allegro movement received from Vinikour and LeRoy a reading of indefatigable effervescence, the unexpected hairpin turns in the music’s harmonic progression executed with suspenseful spontaneity.

Like Krebs, Johann Gottfried Müthel also studied with Bach, arriving in Leipzig only months before Bach’s death on 28 July 1750. His direct exposure to Bach’s erudition was brief, but Müthel undoubtedly learned much from that fleeting experience and from the legacy of Bach’s stint as cantor of Leipzig’s Thomaskirche and Nikolaikirche. Müthel’s Duetto in E♭ major for two keyboards, published in 1771 with the designation of ‘für 2 Claviere, 2 Flügel, oder 2 Fortepiano,’ was the most galant in style of the music heard in this recital, the writing in the Allegro moderato, e cantabile movement prefiguring Muzio Clementi’s music for pianoforte. Vinikour and LeRoy reveled in the conversational reciprocity of the music. Müthel’s musical language being better-suited to instruments of later design than to the harpsichords in Asheville, the Adagio mesto e sostenuto, con affetto movement was sensibly omitted, but the concluding Allegretto was played with vitality that made use of every capability of the instruments at Vinikour’s and LeRoy’s disposal.

Despite conscientious endeavors by champions of historically-accurate performance practices, including Jory Vinikour and Philippe LeRoy, whose founding of Great Lakes Baroque brought appropriately-performed music of the Seventeenth and Eighteenth Centuries to metropolitan Milwaukee, period instruments and performances of music written for them remain relatively scarce in many parts of the United States. Performances like this 28 Chairs recital in Asheville are the most effective campaigners for a bolder presence for period instruments in America, but, in reality, playing like Vinikour’s and LeRoy’s will never be bountiful in Asheville, Amsterdam, or Abu Dhabi. Musicianship such as theirs is so rare that it is itself virtually a period instrument. 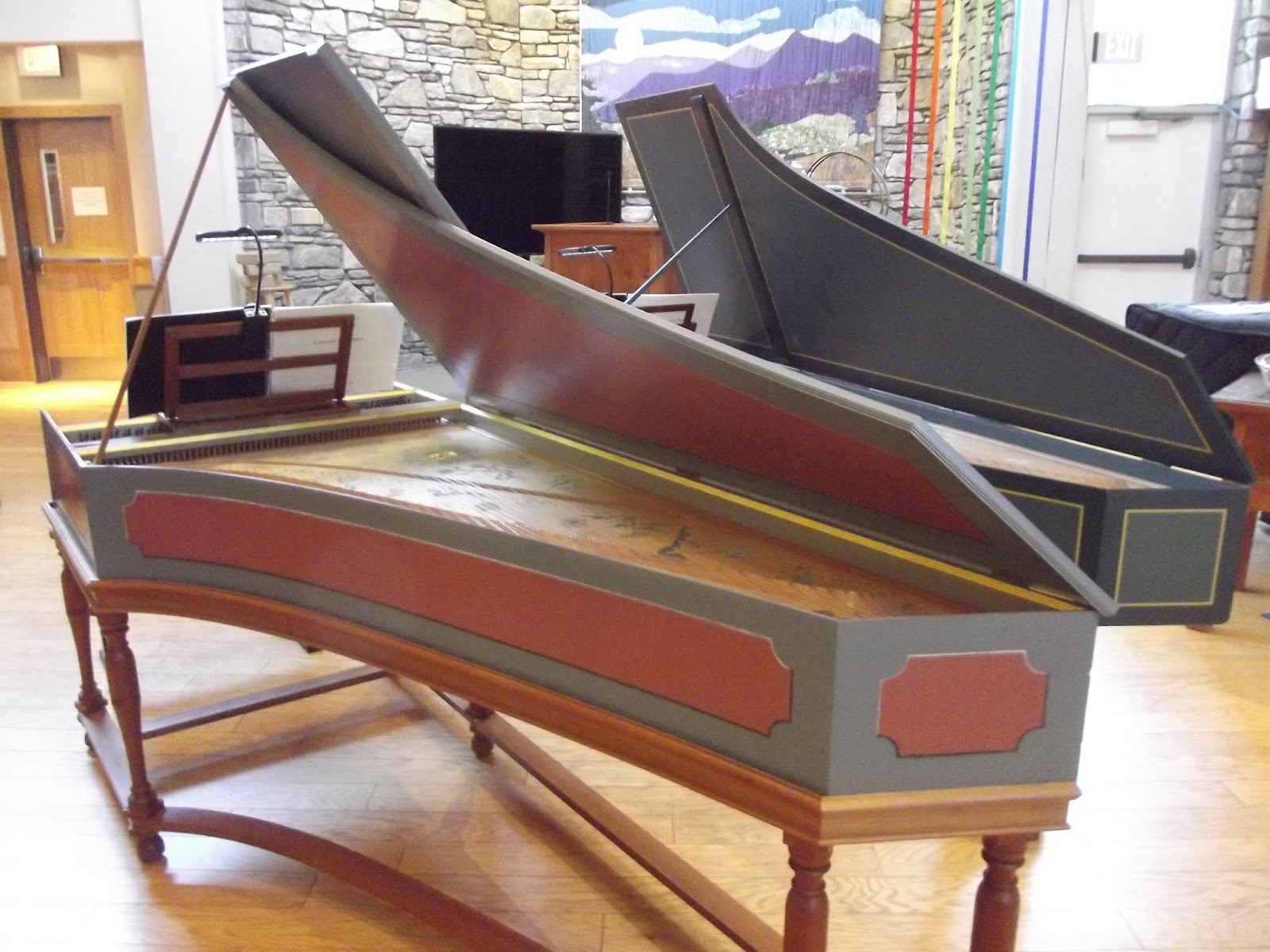 Baroque in the Blue Ridge: the harpsichords played by Jory Vinikour and Philippe LeRoy in recital in Asheville, North Carolina, on 20 October 2018
[Photograph by the author, © 2018 by Joseph Newsome / Voix des Arts]