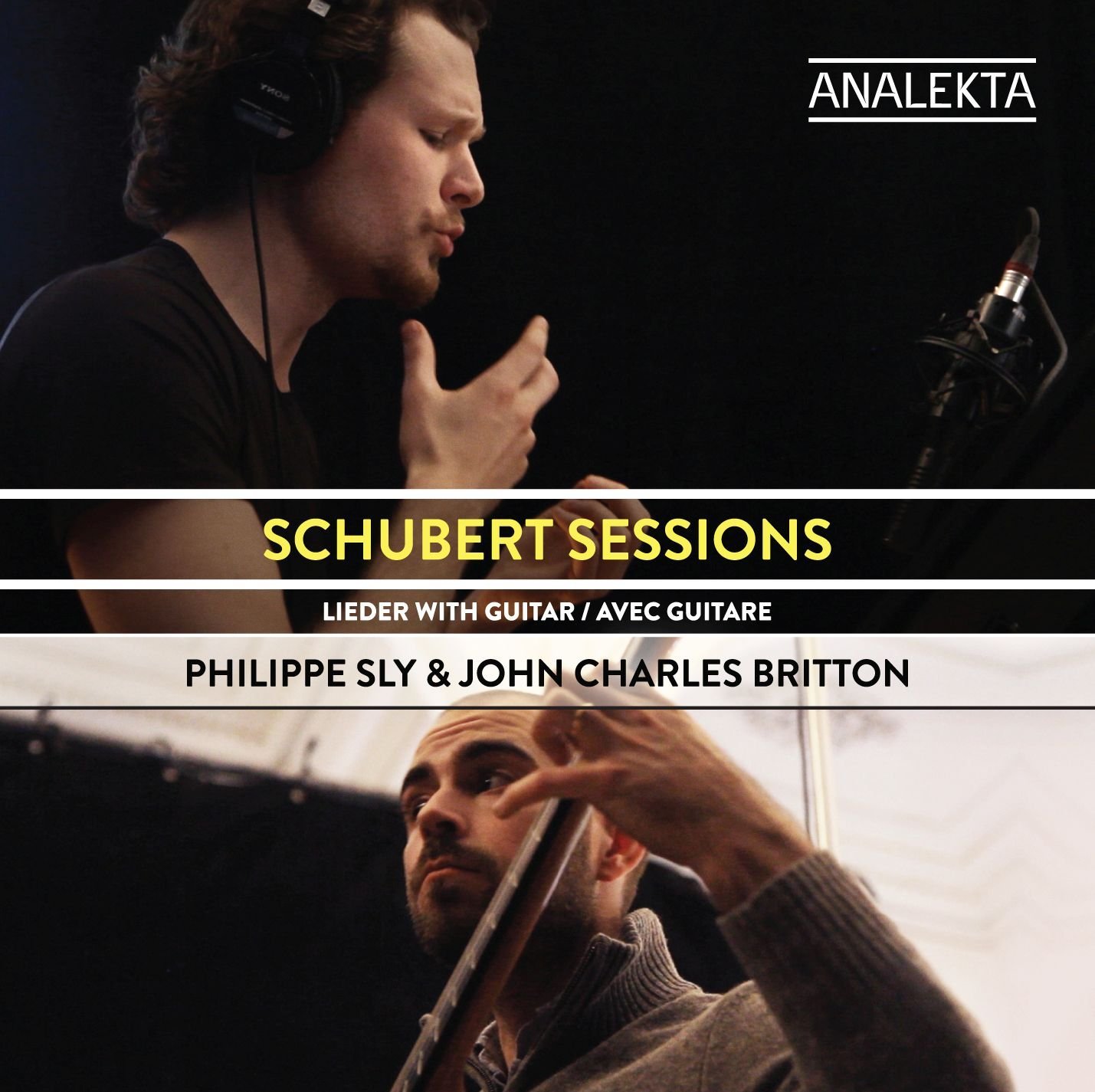 ‘Don’t try to plan me or understand me / I can’t stand to be understood.’ These lines succinctly express the defining sentiment of The Turtles’ 1965 hit ‘Let Me Be,’ but they also epitomize the attitude of many artists past and present. The desire for acceptance is among the most basic aspects of humanity, but to be an artist is to be continually in conflict with some portions of society. For the artist touched by genius, the pressure to explain and justify the creative process must be overwhelming, so being widely ‘understood’ by the masses might logically be unpalatable. Perhaps this was not Franz Schubert’s personal philosophy, but the communal ethos of many of the composer’s Lieder embodies the conflict between a sensitive soul and the uncomprehending world in which it strives for meaningful connections. The image of Schubert the reclusive genius—shy, socially awkward, a German-speaking Emily Dickinson whose wars were waged in melodies rather than in books—is prominent in today’s gallery of biographical portraits of important composers, but applying modern notions of psychology, sociology, and sexuality to details of Schubert’s life produces a character study of dubious legitimacy. If one seeks meaningful acquaintance with Schubert, it is in his Lieder that one should search for him. Surpassing even the efforts of the great Mozart and Beethoven, Schubert elevated the German Lied to the pinnacle of artistic expression, his genius maturing through his composition of the more than six hundred songs via which he secured both his own legacy and the long-term future of the genre. It is fanciful to suggest that Schubert understood his own gifts most fully when engaged in the business of setting words to music, but hearing Schubert Sessions, this superbly-recorded Analekta disc of Schubert Lieder accompanied by guitar, irrefutably brings the listener very near to the epicenter of the composer’s creative genesis. It may be true that the greatest composers cannot hope to be universally understood, but neither can they hope for a plethora of performances of their music of the quality of Schubert Sessions. Perhaps an artist spurning the notion of being understood is born of the all-too-real fear of being misunderstood, but there is no misunderstanding Schubert Sessions: this is as affectionate a survey of Schubert’s Lieder as has ever appeared on disc; and, as hardly deserves to be an afterthought, one of the best-sung.

Adapting Schubert’s Lieder for performance with guitar rather than piano is not a recent innovation, but it is one that some purists are apt to reject without consideration, maintaining that arranging Schubert’s thoughtfully-conceived accompaniments distorts the composer’s brilliance. Are arrangements of the organic immediacy exhibited by John Charles Britton’s work on this disc truly so contrary to the spirit of Schubert’s invention? It can be argued that the accompaniments of some of the Lieder, especially those that evoke lovers’ and troubadours’ serenades, were consciously intended to mimic the timbral qualities of the guitar, and Britton’s transcriptions of the sixteen songs on this disc preserve the defining qualities of Schubert’s writing for piano whilst introducing unique nuances of their own. Impressive as Britton’s arrangements are, his playing of them is still more enjoyable. It is not merely that the guitarist’s nimble-fingered performance conquers every challenge of Schubert’s music and his adaptations of it: his playing is equally nimble-hearted, the emotions of each Lied heightened by his intuitive phrasing. The range of dynamics that Britton coaxes from his guitar is astounding. The guitar is his voice, and through its strings he sings with the strength and suavity of as noted an interpreter of Schubert as Hermann Schey.

The impeccably-trained voice of Canadian bass-baritone Philippe Sly has never sounded more purely beautiful on disc than in the performances on Schubert Sessions. Here, his is the voice of the young Wotan, as yet untroubled by the worries of empire and enemies, singing of the intimate pangs of a restless, relentlessly amorous spirit. ‘Auf dem Wasser zu singen’ (Op. 72, D. 774) could be a serenade to Fricka to be sung on the Rhine, and Sly internalizes its sentiments to sublime effect, his voice flowing on the current of Britton’s playing. The melodic line of ‘Alinde’ (Op. 81, No. 1; D. 904) is caressed by the singer with a tender lover’s grace, and the eloquent simplicity of ‘Du bist die Ruh’ (Op. 59, No. 3; D. 776) here takes on an understated suggestion of sensuality, Sly’s breath control enabling preservation throughout the song of a hushed intensity that vibrantly but subtly brings the text to life. Few singers are as attentive as Sly to the sounds of the words in ‘An Sylvia’ (Op. 106, No. 4; D. 891). In his performance, aided by Britton’s gossamer touch, the Lied’s sense of awe is complemented by an Elizabethan gentility that conjures the dulcet atmosphere of a Dowland lute song.

‘Erlkönig’ (Op. 1, D. 328) is one of Schubert’s most popular Lieder among singers and listeners, and Sly and Britton reveal the full spectrum of its charms by approaching the song as a genuine narrative. Their handling of ‘An die Musik’ (Op. 88, No. 4; D. 547) is no less imaginative, but, aptly, it is the exceptional musicality of the performance that lingers in the memory. The manner in which the moods of ‘Ständchen’ (D. 957, No. 4) and ‘Wohin?’ (Op. 25, No. 2; D. 795) are differentiated within the parameters of the controlled environment of Sly’s and Britton’s performance is indicative of their shared interpretive intelligence and insightfulness. In these songs and in ‘Der Müller und der Bach’ (Op. 25, No. 19; D. 795), voice and guitar interact hypnotically, harmonies that are sometimes obscured in performances with piano highlighted by the transparency of Britton’s playing and Sly’s flawless intonation. Both ‘Der Leiermann’ (Op. 89, No. 24; D. 911) and ‘Der Doppelgänger’ (D. 957, No. 2) are sung with straightforward focus, and the delicacy of Sly’s singing of the often over-interpreted ‘Der Lindenbaum’ (Op. 89, No. 5; D. 911) is arresting. There is something of Gérard Souzay’s expressive depth in Sly’s singing without any of the affectation, but the young singer’s artistry has to its credit an omnipresent originality that distinguishes its owner as a Lieder singer of the highest order.

The distinct microcosms created in the four Lieder with which Schubert Sessions concludes form a sort of compass that guides the listener on a journey through the expressive topography that Schubert crafted in his body of songs. In ‘Der Jüngling an der Quelle’ (D. 300), the irrepressible energy of youth palpitates in both music and performance, and Sly’s singing is propelled by the wonder of new experiences. The contrast with ‘Du liebst mich nicht’ (Op. 59, No. 1; D. 756b) is therefore more profound. Sly’s mercurial, amethyst-hued vocalism is wondrously consistent, however. The utter earnestness of his delivery of ‘Der Fischers Liebesglück’ (D. 933) enables the listener to primarily concentrate on Schubert’s exquisite use of the words instead of performers’ egos. In Sly’s and Britton’s hands, ‘Der Tod und das Mädchen’ (Op. 7, No. 3; D. 531) is no Grand-Guignol melodrama in miniature. The song, one of Schubert’s most haunting, is in this performance an unexaggerated dialogue, one in which the singer’s lower register shimmers.

All performances of Lieder should be dialogues, conversations in music among like-minded artists whose principal goal is to serve as the conduits via which composers’ and poets’ conjoined modes of expression are communicated to listeners. In this case as in so many others, what is easily pontificated is far less easily accomplished. Despite what some of their representatives might insinuate, artists are imperfect human beings, after all, but the thrill of art is in the quest to make something marvelous of the imperfections. With his Lieder, Franz Schubert transformed life’s imperfections into many wonderful things. The imperfections of Schubert Sessions are the missed opportunities of Lieder that were not included on the disc—imperfections for which there is ample time in the fruitful career before Philippe Sly to make amends. Schubert and the German Lied, the songs on this disc and arrangements for guitar, Philippe Sly and John Charles Britton, the listener and Schubert Sessions: whether or not we achieve or even strive for understanding, The Turtles would be right to proclaim us ‘so happy together.’