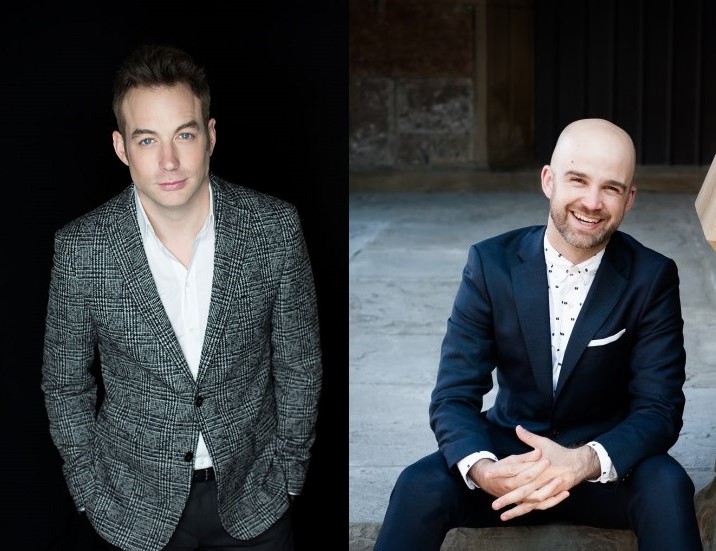 In 1996, I waltzed at the age of eighteen into a well-meaning university professor’s voice studio, armed with every quality necessary to prepare for and pursue a successful career as an opera singer—every quality, that is, except for those two most vital ones, talent and ambition. Like F. Murray Abraham’s Salieri in Miloš Forman’s film adaptation of Amadeus, the passion was abundantly present, the discipline was a work in progress but steadily progressing, and the thirst for knowledge was all-consuming. Ultimately, though, the acquired craftsmanship was of far greater value than the raw materials bestowed by nature. I have sung and occasionally might even have sung well, but there is no musical alchemy capable of transforming vocal lead into platinum. No lesson is more difficult to impart to the sort of stubborn young singer that I was (and sometimes still am, fleeting youth notwithstanding) than that which conveys the plain truth that he is a pretender, no golden-throated Duke of York but a tuneless Perkin Warbeck. It is a lesson that I have been slow to learn and even slower to fully accept, but the most precious gift of mediocrity is the ability to appreciate greatness on a profoundly intimate level. In that regard, two of America’s most talented singers have been especially influential teachers. With very different voices and careers similar only in their conscientiousness and significance in their respective repertories, tenors Stephen Costello and Zachary Wilder are the practitioners of the philosophy that led me to the door of that voice studio twenty years ago. Artists of once-in-a-generation distinction, they are something considerably more personal for me: they are artists who epitomize the singer that I can never be.

Neither Stephen Costello nor Zachary Wilder is as extensively represented on disc as he deserves to be. In truth, though, despite their considerable merits, neither gentleman’s recordings fully convey the broad spectrum of vocal colors with which their live performances are illuminated. Nonetheless, their recordings are excellent introductions to their work.

Documenting both Costello’s beautiful handling of bel canto repertory and his début at London’s Royal Opera House, Opera Rara’s ‘live’ recording of Donizetti’s Linda di Chamounix [ORC43] preserves the tenor’s exquisitely-phrased account of Carlo’s romanza ‘Se tanto in ira agl’uomini.’ His native Philadelphia’s spirit of brotherly love permeates his performance of Jake Heggie’s Friendly Persuasions: Homage to Poulenc on Pentatone’s disc Here/After, Songs of Lost Voices [PTC 5186 515], but the most persuasive of the qualities evident in his singing of the Persuasions is the voice’s beauty. Costello created the rôle of Greenhorn in Heggie’s Moby-Dick in the opera’s 2010 première at The Dallas Opera, and his reprisal of the part in San Francisco was filmed and released on DVD and Blu-ray by EuroArts: see it to experience a remarkable fusion of sublime singing and intensely moving characterization. Among performances not currently available on disc, seek recordings of the Wiener Staatsoper broadcast of Puccini’s La bohème dating from 6 September 2010, in which Costello’s heart-wrenching Rodolfo partners the poetic Mimì of Krassimira Stoyanova, and Boston Symphony Orchestra’s 2016 concert presentation of Richard Strauss’s Der Rosenkavalier, in which his singing of the Sänger’s ‘Di rigori armato il seno’ was mesmerizing.

One of his generation’s finest exponents of Baroque repertory, Wilder is heard at his estimable best in the recently-released ATMA Classique recording of Johann Sebastian Bach’s Magnificat (BWV 243) and Johann Kuhnau’s Cantata ‘Wie schön leuchtet der Morgenstern’ [ACD22727]. His singing of Bach’s ‘Et misericordia’ (with countertenor James Laing) and ‘Deposuit potentes’ and Kuhnau’s ‘Ich huld’ge dir, grossmächt’ger Prinz’ exudes confidence and absolute comfort with both composers’ idioms. Simply put, his performance of ‘Would you gain the tender Creature’ in Händel’s Acis and Galatea [cpo 777 877-2] is one of the most sublime pieces of singing ever committed to disc. In recordings of music by composers as diverse as Giosotto Zamponi, John Blow, Jean-Philippe Rameau, and Félicien David, Wilder’s voice flows like molten silver. Poised to conquer bel canto repertory with the same grace and elegance that he brings to his Baroque performances, Wilder’s recordings to date chronicle a compelling, uncompromisingly musical journey.