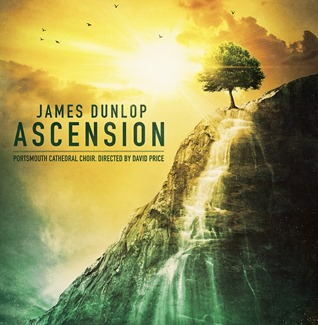 Cited most often in reference to the respective French, German, and Italian operatic repertories, national schools of composition and musical expression are now seldom encountered in the world’s theatres and conservatories except in scholarly tomes. With a history measured not in mere years but in centuries and millennia, the English choral tradition is both one of the most enduring and among the most beloved of national ‘schools’ of musical training and performance practice. From Tudor courts to the dark days of the World Wars, English composers from Thomas Tallis and William Byrd to Sir Edward Elgar and Benjamin Britten have given voice to the cares of their generations in music for choir. Few environments nurture the careers of composers of choral music as affectionately and discerningly as the British Isles, where the endeavors of cathedral and university choirs, community choral societies, and choir festivals are testaments to a deep-rooted national pride in the cultivation and quality of choral singing. Even under such hospitable conditions, however, traditions cannot survive without periodic rejuvenation. Splendidly recorded in Portsmouth Cathedral, Riverwood Air Music’s Ascension is representative of the kind of rejuvenation that keeps both English choral music and Classical Music in general vital and thriving: uniting the creations of a masterful composer with the work of an accomplished choir and one of Britain’s best chorus trainers and conductors, Ascension breaks new ground for a genre built for centuries upon the imperishable handiwork of guardians of England’s emblematic choral legacy.

Much is made of young composer James Dunlop’s Royal Marine service, but it should not be supposed that this is in any way a marketing ploy as cynicism born of observation of today’s Classical Music industry might insinuate. From the first bars of Ascension Fanfare, it is apparent that Dunlop possesses an artistic voice that earns him a position among the ranks of important advocates of contemporary choral music and places him in the glorious lineage of English composers for massed voices. Indeed, much should be made of Dunlop’s military service, but it is his compositional arsenal that here commands admiration. Ascension Fanfare is a difficult piece, but the Portsmouth Cathedral Choir and Dr. David Price conquer its demands with unflinching and unfailingly musical attack, drawing the listener into the disc’s very personal explorations of the theme of Christ’s Ascension. Making insightful use of words from John 16:5 – 7, I Must Leave evinces both the anguished intimacy of a lute song by John Dowland and the concentrated intensity of Sir Michael Tippett’s settings of African-American spirituals in A Child of Our Time. Dr. Price displays a wonderful gift for managing balances among voices whether in four- or six-part harmony, and his comprehension of the architecture of Dunlop’s music enables the choristers to communicate the angst of I Must Leave without ignoring the delicacy that also characterizes the piece. The reverent awe with which Dunlop communicates the wonder of Christ’s Ascension from the midst of his disciples in Presence of Eleven is sonorously manifested in the chorus’s performance, the pianissimo conclusion lofted heavenward with pure, perfect intonation.

Ingeniously incorporating the familiar tones of the ‘Westminster chimes’ into its musical soundscape, Westminster Quarters is an intriguingly original piece, here performed with aptly bell-like tones by the Portsmouth Cathedral choristers. The tenors and basses intone Dunlop’s plainchant setting of ‘Ave Maria’ with the precision of a single voice, honoring the praxis of the Sarum Use prevalent in England since the early Middle Ages.

Written for Northumbrian smallpipes and chorus, Hunting Hall Suite is an invigoratingly innovative work, one in which both traditions and expectations are delightfully turned on their heads. In both of the Suite’s movements, ‘Awakening’ and ‘Ceilidh in the Piggery,’ smallpipes virtuoso Alice Burn plays superbly, her mastery of the ferociously difficult instrument lending Dunlop’s music an added layer of exuberant expression. In ‘Awakening,’ smallpipes and choir duel provocatively, conjuring a primordial scene of both man’s and nature’s rejection of darkness. The frolicsome cèilidh of the second movement places the listener at the center of festivities at a Gaelic wedding, the music so cleverly written as to seem wholly extemporaneous in this performance. The uninhibited liquidity of Burn’s playing and the choir’s singing flows through Dunlop’s music with unmistakable joy. There is a unmistakable specificity in the sonic landscape of Hunting Hall Suite, but this is music that might resound along the banks of the Tees, from the shores of Cape Breton, or among the forests of the Blue Ridge.

The evocatively eloquent Deal is dedicated to the memory of the eleven Royal Marine musicians killed in the 1989 IRA bombing of the Royal Marines School of Music then housed in the East Barracks in the Kent town of Deal, near Dover. Dunlop pays tribute to his fallen forebears in music of somber but optimistic solemnity, the voices used with telling economy that heightens the poignancy of the text. In all of the performances on Ascension, the choristers’ diction is a model of clarity, but the unaffected crispness of their articulation of the text in Deal highlights both the piece’s abiding ethos and the subtle nuances of Dunlop’s word settings. Windrush, a setting of lines from John Keats’s ‘A Thing of Beauty is a Joy Forever,’ is distinguished by the contrast achieved by offsetting the low writing for the sopranos with the tenor soloist's ascents to top A, beautifully sung by Adrian Green. The altos’ repetitions of the word ‘searching,’ their careful enunciations of the consonants halting the sound, create an extraordinary expressive effect. The pathos of Ascend finds a tremendously touching outlet in the choir’s singing, the cadences of the music resolved with a final ‘mmm’ redolent of emotion too raw for words. The sopranos’ beautiful harmony in thirds on the ascending line of ‘Who has gathered up the wind in the hollow of his hands’ in Miracle, the words taken from Proverbs 30:4, lifts the spirits both of the music and of the listener, echoing the most basic human hope in the benevolence of Providence.

​Dedicated to the D-Day Museum Trust, ​the serene Adagio ​Heroes' Tide​ receives from Dr. Price and the singers under his direction a performance that churns with surging, stirringly-voiced imagery borrowed from the diaries of Britons who landed on Gold, Juno, and Sword Beaches on D-Day. Throughout the piece, Dunlop’s manipulations of dynamics are executed by Dr. Price and the choristers with fidelity that enhances the impact of words and music. The disjointed sentiments of the text recall the confusion of battle, and the expressivity of the statement of ‘Thank the lord for saving us’ in the piece’s final bars is profoundly touching. The depth of Dunlop’s connection with the text is apparent, and the choristers sing Heroes’ Tide as if telling their own stories of survival.

From Thomas Tallis’s Spem in alium to Benjamin Britten’s War Requiem, there is a singular power in English choral music that is found in no other repertory. It is perhaps pedantic to suggest that the essence of the nation reverberates in the singing of its choirs, but there is in the pieces on Ascension a vein of musical individuality that is as perceptive a reflection of an unique Zeitgeist as any culture might hope to claim as its own. A listener need not be English in order to be moved by Ascension, however. Perhaps the real power of choral music, English or not, is its implicit universality, the necessity of cooperation among voices regardless of their owners’ differences. James Dunlop harnesses this power as sagaciously as any of his musical ancestors, and Ascension is inspiriting evidence of the undiminished capacity of song to unite and uplift.