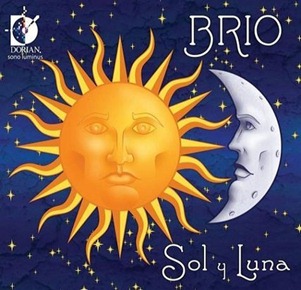 It is now to the mists of time and—perhaps worse—the dictates of conjecture that the precise origins of Sephardic music are lost.  Likely stemming from roots cultivated among the Jewish communities of medieval Spain and having as a primary impetus in its development the expulsion of Jews from Spain by the Inquisition in 1492, the tradition of Sephardic music developed during the five subsequent centuries to incorporate cultural elements from virtually the entire Mediterranean basin.  Scholars debate the influence of Muslim musical traditions on Sephardic music, especially in Turkey and north Africa, and recently some few scholars have postulated that much of the known Sephardic repertory may be inauthentic in the sense that the songs were composed to conform with perceptions of Sephardic tradition rather than having sprung organically from it.  This distinction is potentially of an historical significance, of course, but to what extent is the musical integrity of the Sephardic repertory undermined?  The concerti composed by the violinist Fritz Kreisler and initially presented as works by Vivaldi are now accepted and admired as Kreisler’s own work.  How many opera-goers cover their ears or flee the auditorium when, say, the arias in La Cenerentola that were not composed by Rossini are sung?  Should Brahms’s Symphonies be less important works of art were it discovered that they were actually composed by a struggling conservatory student rather than the master composer in his full maturity?  This is not to dismiss the importance of a work’s—or, in this case, a repertory’s—genesis, but the true value of music surely depends more upon its effect on those who hear it than upon the circumstances under which it was created.  Applying this criterion, the body of Sephardic music available to modern performers and listeners is especially deserving of preservation, presentation, and enjoyment, whether the individual songs were composed by men or women performing and writing in the shadows of cathedrals, mosques, or synagogues.

Founded in 2002 by Early Music specialist and Chairman of the Music Department of the College of Charleston Steve Rosenberg, Brio is a chamber ensemble dedicated to thoughtful performance of Sephardic songs and what might be called the medieval ‘troubadour’ repertory.  To this music, Brio bring both historical circumspection and decidedly modern perspectives, audibly putting forth the notion that, whatever their collective provenance, these songs are living, breathing organisms, not relics of antiquity that must be approached with gloves and hushed tones of reverence.  The philosophy employed by Brio would seem to be that Sephardic music is best celebrated by performing it full on, without the artificial shows of historical accuracy that pass for appropriate ‘style’ in many camps, and focusing on the emotional immediacy of each song.  The dividend paid by this investment of artistic resources is that most prized of traits: relevance of the musical experience to the Twenty-First-Century listener.  In Brio’s hands, these are not songs of medieval Spain, of expelled and reviled people, or of any specific times or places: these are songs of love and loss, beauty and pain, and the shared emotional reactions of humanity to common predicaments.  The validity and musical merit of this approach have never been more apparent than in Brio’s new disc of Sephardic songs, Sol y Luna.

From the opening notes of the first song on the disc, ‘Yo m’enamori,’ the listener is transported to Andalucía, the finely-detailed playing of the guitar, the rattling of the castanets, and the seductive cadence of the voice suggesting the whirl of the wind in the caves of Sacromonte.  It would be impossible to select any of the tracks on the disc, instrumental or vocal, for particular praise, so high is the quality of the performances in general.  Whether wistful or exuberant, the mood of each song is evoked through vocal and instrumental nuances derived unpretentiously from the text.  When performing music conveying such vital passions, there is always the danger of seeming quaint, of seeming to sing of these sentiments rather than from them.  In this recording, there is no doubt that the emotions of this music are felt, and thus the psychological environments of these songs are palpable to the listener.

Playing recorder, Persian flute, and an array of Renaissance guitars, Brio’s founder Steve Rosenberg shapes each song with ears, mind, and heart focused on reflecting the poetic twists of the texts in sound.  Each song is given a distinct profile, a ‘sound world’ that honors its origins, whether Spanish, Israeli, or Turkish, but also creates a refreshing vitality.  Mr. Rosenberg’s playing is technically astute and possesses the rhythmic ‘snap’ that is required to draw the listener into each song.  The bass lines of the songs are drawn with complementary intuition by Mary Anne Balllard, playing viola da gamba and rebec, a bowed instrument derived from Arab models and popularized in Europe during the Renaissance (a scene in Don Quijote depicts a shepherd’s serenade accompanied by a rebec).  To these ingredients are added the aromatic spices of the sounds made by a veritable orchestra of percussion instruments played by Danny Mallon, whose mastery of the castanets is particularly impressive.  The sounds created by this trio of exemplary musicians combine to create a dialogue that interacts with the vocalism rather than merely supporting it.

The voice of South American countertenor José Lemos is marvelously ambiguous: both smoky and almost celestially pure, the timbre of Mr. Lemos’s voice seems specially-tailored for the troubadour and Sephardic music of the late Middle Ages and Renaissance.  When expressing fervent piety, the voice glows with radiance.  Songs of sadness and loss inspire elements of darkness and heaviness despite the downy lightness of Mr. Lemos’s vocal technique.  Love songs draw from Mr. Lemos’s voice a smoldering, almost scandalous sensuality.  Singing in the ‘composite’ language (influenced by both Spanish and Jewish dialects, with contributions from hosts of other linguistic idioms) Ladino, the crispness of Mr. Lemos’s diction is very rewarding in this music, and only the absence of the distinctive consonant formations of Castilian reveals that he is not a native Spaniard.  Mr. Lemos’s accomplishments in operatic repertory, ranging from the operas of Lully and Händel to Britten’s Midsummer Night’s Dream, are unfailingly memorable, and he brings the same vocal focus and dramatic precision familiar from his operatic roles to the music on this disc.  These songs are not conceived in his performance as operas in miniature, however: in complete accord with Mr. Rosenberg, Ms. Ballard, and Mr. Mallon, Mr. Lemos presents each song in this recording as a moment in life, some of them to be proclaimed in sunny plazas, some to be carried by the breeze on moonlit nights, and some to be whispered into ears under cover of darkness.

That Sephardic music is an underexplored vein of artistic gold is evident from the splendid music-making on this recording.  Perhaps the greatest achievement of this disc, though, is the unique spontaneity of the singing and playing, making a tradition that may be as old as the Alhambra seem not just new but perceptibly evolving.  The performances by Brio brim with energy and the joy of uniting the threads of common cultural and emotional exchanges inherent in the diversity of music.  Stevie Wonder famously sang that ‘just because a record has a groove don’t make it in the groove.’  Whether heard as an expressive account of music in a centuries-old tradition or as a vital experience of a new, ever-changing genre, Sol y Luna is gloriously in the groove. 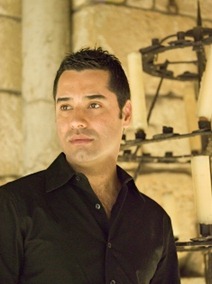