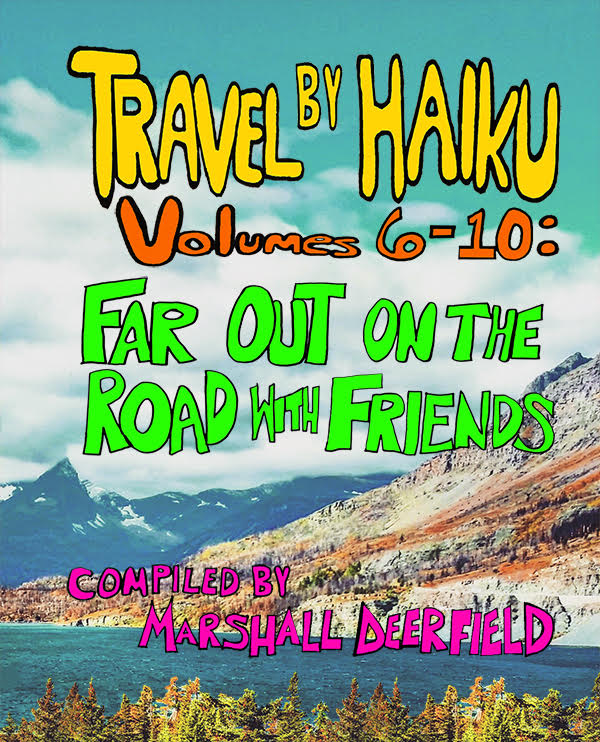 Since the continent’s indigenous peoples first relayed their lores orally, America’s poets have continually confronted two questions: what is poetry, and what is its rôle in the American way of life? For Phyllis Wheatley, Paul Laurence Dunbar, and Gwendolyn Brooks, poetry was an instrument of social equality. For Zitkála-Šá, Miguel Algarín, and Toshio Mori, it was the cry of the marginalized. For Emily Dickinson, it was an act of defiance. For Walt Whitman, poetry was the spirit of America; sometimes rough, sometimes refined, always indomitably original. America’s poetry has also been shaped by the endeavors of populists, poets like Henry Wadsworth Longfellow and Robert Frost, whose verses perpetuate the genre by appealing to readers who might otherwise reject poetry.

Poetry in Twenty-First-Century America has expanded into new dimensions that not even Edgar Allan Poe at his most inventive could have envisioned, rendering the question of what constitutes poetry irrelevant and debilitating. If the heart of poetry is rhythm, what is not inherently poetic? Song lyrics, social media posts, the sounds of rain upon windows, and the coursing of blood through veins are their own kinds of poetry; actions, reactions, and interactions that can be replicated in words.

Celebration of poetry as the art of verbalizing life’s triumphs and trivialities is a cornerstone of Volumes Six through Ten of Marshall Deerfield’s Travel by Haiku, a collaborative collection of poetry and prose musings that, as the book’s subtitle intimates, commemorates adventures ‘far out on the road with friends.’ Encompassing the work of writers as dissimilar as Mark Twain and Jack Kerouac, the travelogue is a pillar of the American literary canon, but Travel by Haiku reshapes the models of Roughing It and On the Road into a composition of individuality that advances revered traditions into a new era of heightened awareness of the significance of words.

It is fitting that Deerfield—the nom de plume of Marshall James Kavanaugh—​is based in Philadelphia. That city’s long embodiment of American ideals of liberty and innovation permeates every word of Deerfield’s writing, which in this edition of Travel by Haiku manifests a stream-of-consciousness style that is at once reminiscent of the William Faulkner of ‘Barn Burning’ and ‘Mountain Victory’ and strikingly original. An integral element of Deerfield’s poetic aesthetic is a focus on the psychological nuances of words and the subjects that they portray. There are numerous passages in which, in terms of both language and the book’s visual presentation, the words are tasked not with creating poetry but with translating natural and human landscapes into language. Deerfield shares with Ernest Hemingway a gift for producing writing that is accessible but impregnated with emotional intricacies.

Written in collaboration with Augustus Depenbrock, Travel by Haiku’s sixth volume, Desert Jesters Swim In Ancient Seas, begins with an evocation of the vastness of the American continent, ‘A wide open space / empty except for two guys.’ Inspired by a journey through the desolate Big Bend of southwestern Texas, the volume is characterized by use of imagery that fills the reader with an unsettling perception of the remoteness of the Trans-Pecos region. Each of these five volumes of Travel by Haiku is imbued with sobering cognizance of man’s cruel intrusions into nature’s order, metaphorically expressed in Desert Jesters Swim In Ancient Seas with lines like ‘Hungry cops trying to catch you with your pants down / prowling the whole two blocks of town.’ [Emphases and italicizations in quoted passages appear here as they are in the book, but total fidelity to the poet’s spatial arrangements of texts regrettably is not possible.] The specter of man’s inhumanity haunts the texts with phantasmagoric specificity, each haiku aimed like a weapon at readers’ misconceptions about progress and Romanticized notions of the American frontier.

Further developing a theme introduced in the previous volume, Volume Seven, Scavenger Poets Tell Their Tales, continues the book’s unsparing explication of the dichotomy of rural and urban settings. Treated as a microcosmic representation of the class warfare that splinters modern society, the disorienting ambiguities of modern Texas suffuse lines including ‘Mellow vibes / A little retreat into an Austin oasis / reggae ghetto / blaster is full throttle’ with stark expressive impact. Occasionally, over-reliance upon colloquialisms, perhaps resulting from the involvement and integration of multiple poetic sensibilities, compromises the universality of the book’s narrative, but Deerfield invariably capitalizes on the vivid tableaux conjured by familiar phrases.

Here I am, take me to your leader and bring me to your artsy dive bars in a basket of old laundry and cowboy hats.

Words like these engender an atmosphere of ruggedness that contrasts markedly with humorous episodes like that of a fugitive penny seeming to have been dislodged from a rectal sanctuary. No other line epitomizes the prevailing ethos of Travel by Haiku as succinctly as that in which Deerfield writes that his goal is to ‘play a show to the passing flow.’ There is Shakespearean gravitas in this jingoistic suggestion of one man’s life being mere entertainment for a world that scarcely notices.

The scenic marvels of a voyage from Los Angeles to Seattle are mirrored in the language of Travel by Haiku’s eighth volume, Tree Clowns Climb High, Onwards & Outwards. Joined on his physical and poetical traversals of America’s Pacific coast by Shane Donnelly and Tara Lynn Faith Williamson, Deerfield intensifies his scrutiny of the conflicts between the natural and unnatural worlds, employing diction to illustrate the widening chasm between man and his surroundings. ‘Nothing is absent / eyes open to simple truths / welcome to the frontier,’ the poets opine, proposing that, for too many observers, a plane of existence without artifice is unfamiliar territory. The bond between man and earth resounds in the lines ‘Ancient melodies from trees, / haunted night spirits / amongst us and within us,’ redolent of the cacophonous sylvan sound world of Britten’s A Midsummer Night’s Dream. Men are both the heroes and the villains of their own epics, Deerfield’s writing imparts, the destructive consequences of their choices demonstrating perverse Transcendentalism, Thoreau’s Walden now polluted and defiled.

In the ninth volume, The Plot Thickens, Connection Deepens, poetry becomes the precipice to which humanity clings, contemplating the abyss of failure but also appreciating the beauty of survival. ‘The earth offers gifts / abundance at rainbow’s end / revealed by the storm,’ the poet confides, but the bounty can be disconcertingly deceptive. Mining the ambivalence of words with ingenuity common in French poetry but rarely ventured in verse in English, Deerfield and his colleagues survey the fallacies under which corrupt societies have buried truths that are more easily ignored than confronted. ‘If intelligence were to grow to its full potential, wouldn’t it want to go some place it couldn’t be found?’ they write, evincing the futility of logic in a time in which the devastating effects of climate change, startlingly depicted in Travel by Haiku, are willfully denied. The poets’ descriptions of Rocky Mountain, Grand Teton, Yellowstone, and Glacier National Parks harken back to the pioneering work of John Muir and John Wesley Powell. Deerfield distills the wisdom of these stewards of America’s wild places into a single line that elucidates the message that bursts from every page of Travel by Haiku: ‘Earth writes its own poetry.’

The change of perspective that gives Volume Ten, Crow Speak For The Moon To The Glaciers, its singular philosophical magnitude is apparent from its first page, Deerfield’s partnership with Stephanie Beattie and Cameron Christopher Stuart yielding an amplified voice that glorifies the wonders of friendships among people and nature’s life forces whilst warning of the cataclysm towards which the planet is hurtling. Poe wrote of the ‘poem which is a poem and nothing more, this poem written solely for the poem’s sake.’ There is no such poetry in these five volumes of Travel by Haiku, yet these pages are not laden with dogmatic proselytizing. Deerfield grasps that, just as Melville comprehended that the reader must empathize with Captain Ahab in order to circumnavigate hundreds of pages of his obsessive odyssey, his poetry must please if it is to effectively advocate for environmental responsibility and individual integrity. To its compiler’s credit, Travel by Haiku is an easy read that provokes rumination by engaging the imagination. Traveling by haiku to join Deerfield and his companions by a campfire in a wilderness equally comforting and threatening, could a reader spurn the necessity of acting to conserve the sacred intersections of earth, man, and art?

Fundamental to the genesis of the venerated Sequoyah’s syllabary of the Cherokee language was the concept of ᏗᎦᏬᏂᏍᎩ ᏧᎦᎶᎦ, the assertion that written language, disseminated by literature and correspondence, constitutes a procession of ‘talking leaves’ whereby the wisdom of past generations progresses via the present to the future. In these five volumes of Travel by Haiku, poetry is a conduit for the rediscovery of neglected voices, primeval leaves that here talk in new refrains.