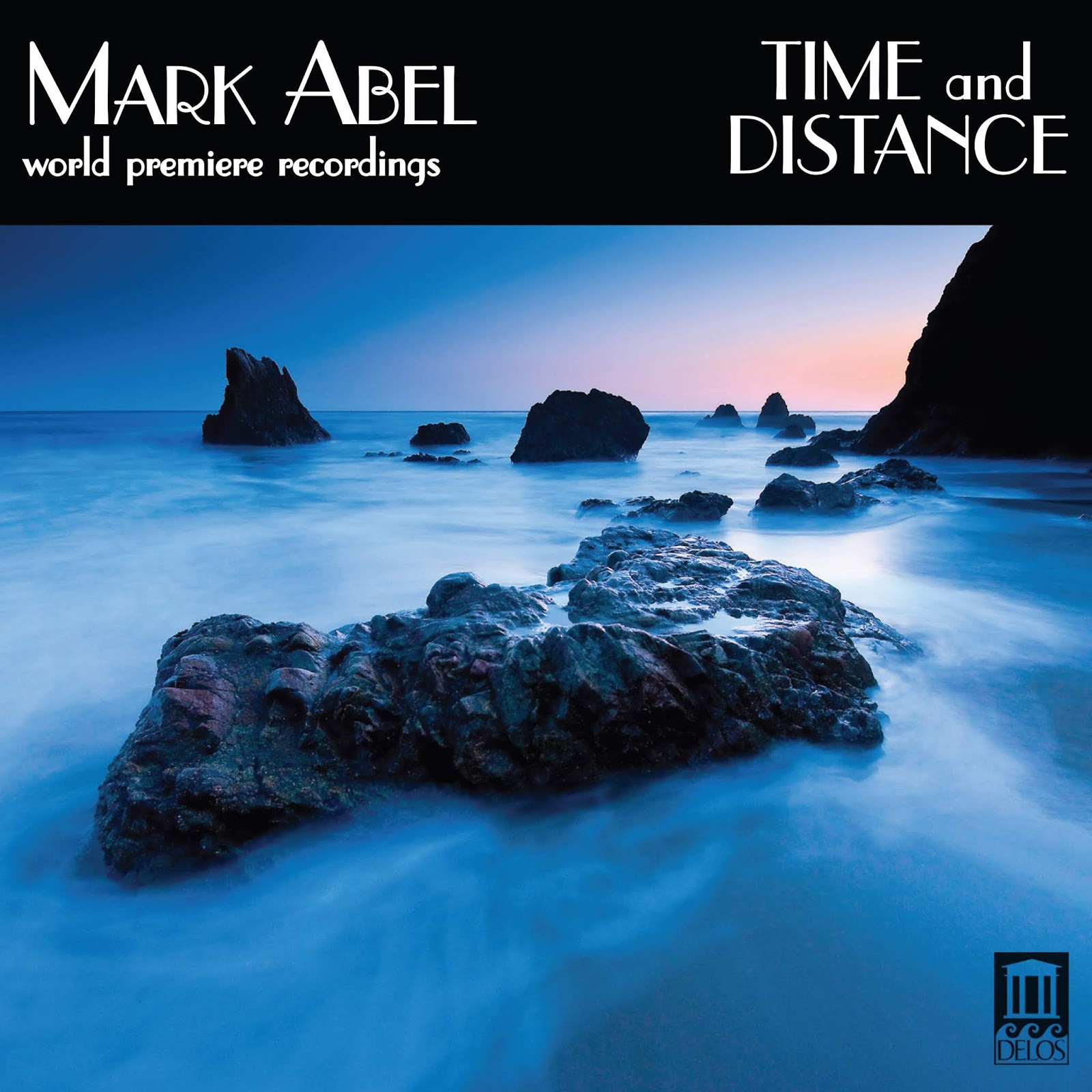 Poets, philosophers, and similarly-inclined personages have long proposed that music is a universal language, one in which sentiments impervious to the communicative capacities of words alone can be satisfactorily and comprehensibly articulated. Music can be argued to be a sort of communal mother tongue in which differences of accent, syntax, and vocabulary do not impede understanding. Its dialects are as numerous as combinations of melody and harmony, but it is not ‘speaking’ its language but hearing its discourses that wields the true connective energy of music. The sounds of Zydeco are meaningful to the listener whose first language is that of Zelenka or Zandonai because they stimulate the heart as boldly as they provoke the brain. Minds perceive as they are trained to do, but hearts are governed by a consistent mechanism. One man’s tunes are different from another’s, but, like the hearts to which they appeal, they are propelled by beats that any man can discern.

Music can peer clear-sightedly into corners of the psyche in which the eyes perceive only darkness, but time and distance are confoundingly convoluted concepts for musical explication. Spatially, they are remarkably analogous entities: tangible in their physical manifestations but intrinsically intangible, their shared power is that of separation. The mind assesses the ravages of time and the displacements of distance, yet the solemn duty of gauging the emotional tolls of the effects of time and distance falls to the heart. In the works of American composer Mark Abel featured on Delos’s masterfully-recorded release Time and Distance, the intricacies of the relationships that inexorably link humanity with the divisive repercussions of the physical and emotional separations wrought by time and distance are examined in songs of grace and gravity. The music on this disc does not inhabit the shadows made by abstractions. Too plentiful to enumerate are the passages in this music that are so wrenchingly private that they may compel the listener to ask, ‘How can this man whom I have never met know so much about my life?’ This intuition, uncanny and unifying, is the foundation of Abel’s unique musical language and the quality that makes Time and Distance a disc that severs new veins of raw emotion each time that it is heard.

With an unsettlingly personal text by the composer, ‘The Invocation’ is an apt preamble to the metaphysical exploration of Time and Distance. Performed by mezzo-soprano Janelle DeStefano and pianist Carol Rosenberger with a suggestion of futile inquisitiveness, questioning having failed to penetrate the closely-guarded justification of the status quo, the song emerges as its own kind of inquisition. To what or to whom is the eponymous invocation addressed? For what response can flawed beings truly hope? Abel advances this searching pragmatism with music in which the writing for voice and piano echoes the ambivalent coexistence of optimism and cynicism that permeates the text. Rosenberger plays with an ideal equilibrium of dramatic impetus and aloofness, enabling DeStefano to emphatically evince the stark irony of words such as ‘We are tempted, we succumb, sometimes dangle from the bottom rung / And still we ask: Why must happiness be earned?’ without disrupting the organic progression of the music. This is not a performance that seeks to hide unpleasant realities behind façades of artificial loveliness: neither singer nor pianist rejects stringency when it is required, and the openness of their collaboration yields candid interpretive beauty.

In ‘Those Who Loved Medusa,’ Abel utilizes a provocative text by a fellow Californian, poet Kate Gale, as a catapult for some of his most theatrical music. Materializing in an atmosphere that undulates with the jangling of pseudo-ancient crotales, conjured by the work of percussionist Bruce Carver, the voice of soprano Hila Plitmann shimmers against the backdrop of Rosenberger’s pianism like a mirage of a lone Joshua tree in the Mohave, ephemeral but identifiable. Plitmann’s moonlight timbre contrasts markedly with the bleak imagery of the words, heightening the discomfort inflicted by the poet’s stinging irony. The soprano delivers the line ‘Fear the woman with her own snakes’ with restrained vehemence that discloses a deeply intellectual grasp of the text’s inherent contradictions, Medusa becoming Eve, Pandora, and every woman who has tasted the bittersweet elixir of destruction. Rosenberger plays hypnotically, charming the music’s writhing serpents, but the spell is easily broken. The vocal line strikes at the heels of tonality, Plitmann’s accuracy of pitch and verbal clarity claiming for battered womanhood a sonorously venomous victory.

The composer again looked to his own words for In the Rear View Mirror, Now, creating a triptych of songs with both strongly individual temperaments and an abiding cohesiveness. Plitmann is here accompanied by pianist Tali Tadmor and Abel as organist, and the structure of the music is paralleled by the cooperation of this musical trinity. A composer’s performance of his own music cannot be accepted as definitive without scrutiny, but Abel’s skill at the keyboard rivals Rachmaninoff’s playing of his works for piano, preserved on recordings and piano rolls. Tadmor’s work is no less successful, lyricism tempering bursts of bravura. The first song, ‘The Long Goodbye,’ is sung with a consistency of purpose embodied by Plitmann’s fervent singing of the words ‘Blame is ugly,’ her voice lending allure to the most disquieting nuances of the text. Reaction to the cultural disintegration instigated by gentrification of the San Francisco Bay Area shapes ‘The World Clock.’ Plitmann infuses the momentous lines ‘Technology changes / But people? Never / A simple principle, ages old’ with potent urgency, intensified by the sensitive accompaniment. There is an unmistakable kinship between the prevailing mood of Abel’s ‘The Nature of Friendship’ and the emotional claustrophobia of Emily Dickinson’s poetry. ‘Platonic love’s a most welcome narcotic’ and ‘They’d have kicked you off the Titanic’s lifeboat if it came to that’ are lines that the reclusive genius of Amherst might have written, and Abel’s musical settings amplify the essence of his words. Plitmann sings this music with concentrated directness. Her performance of In the Rear View Mirror, Now brings to mind the statement inscribed on vehicles’ side mirror: ‘objects in mirror are closer than they appear.’ ​Moving forward may increase the measurable distance between past and present, Abel intimates, but sentimental proximity is affected by no rules of logic or physics.

Herself an accomplished singer, Joanne Regenhardt published in a collection entitled Soundings a series of poems that radiate musicality, the sonic implications of her words rendering even an uninflected recitation of her verse a tuneful experience. Abel’s handling of her texts in The Ocean of Forgiveness bears the hallmarks of complementary sensibilities, the composer’s poetic insight leading him to the fathomless levels of meaning within the words. This artistic symbiosis also permeates DeStefano’s and Tadmor’s performance of the songs, initiated with an account of ‘Desert Wind’ that invites the listener to participate viscerally, transforming hearing into a conduit for feeling. In her forthright, almost frighteningly sincere voicing of ‘Sally’s Suicide,’ DeStefano enunciates the line ‘Existence like a sea anemone had become a fastened thing’ with unforgettable eloquence, seeming to find in those words an outlet for an exclamation from her own soul. The focus of the singer’s and pianist’s performance of ‘In Love with the Sky’ is also internalized, their partnership elucidating details of Abel’s shifting musical tableaux that less-attentive artists might overlook. The subtleties of textual cadences and thematic development that provide the momentum for the transition from ‘Reunion’ to ‘Patience’ are realized by DeStefano and Tadmor with uncommon cognizance of the words’ function as the blueprint for the music’s architecture. The Ocean of Forgiveness is a musical edifice as complex as the ideas that dwell within its depths: galvanized by the confident performance that they receive on this disc, these songs impart a genuinely moving awareness of the fear of drowning that prevents many people from surrendering to the tide of absolution.

Having begun with ‘The Invocation,’ concluding Time and Distance with ‘The Benediction’ bestows an element of finality upon the disc’s final moments—journey’s end, destination achieved. Composed in 2012, ‘The Benediction’ returns to Abel’s own poetry, enlivened in this performance by Plitmann’s verbal acuity. She and Tadmor find in the song’s surging plangency aspects of all of the songs heard on Time in Distance, revisiting the disparate tributaries of the disc’s primary expressive flow with an air of resolution reminiscent of that of the music that follows Brünnhilde’s immolation in Wagner’s Götterdämmerung. Abel’s is not a musical language of full stops, however: this is music of commas and semicolons, phrases completed but anticipating the arrival of new ideas.

Much contemporary vocal music is marred by a disconcerting disparity between the spirit of the words and the aural persona of the music, so pronounced in some pieces that one questions composers’ literacy. The peculiar sorcery of words’ transfiguration by music that gave birth to song is too often sacrificed to ego, creators seeking accolades at the expense of artistry. Franz Schubert earned praise by composing Lieder in which melody uplifted poetry. Johannes Brahms earned praise by writing songs in which the hidden secrets of the heart were exposed more graphically than in an autopsy. With the songs on Time and Distance, Mark Abel earns praise for musical innovation. Moreover, he garners affection by recapturing the enchantment of song. Man may never conquer the challenges of time and distance, but he comes nearest to triumph in music.