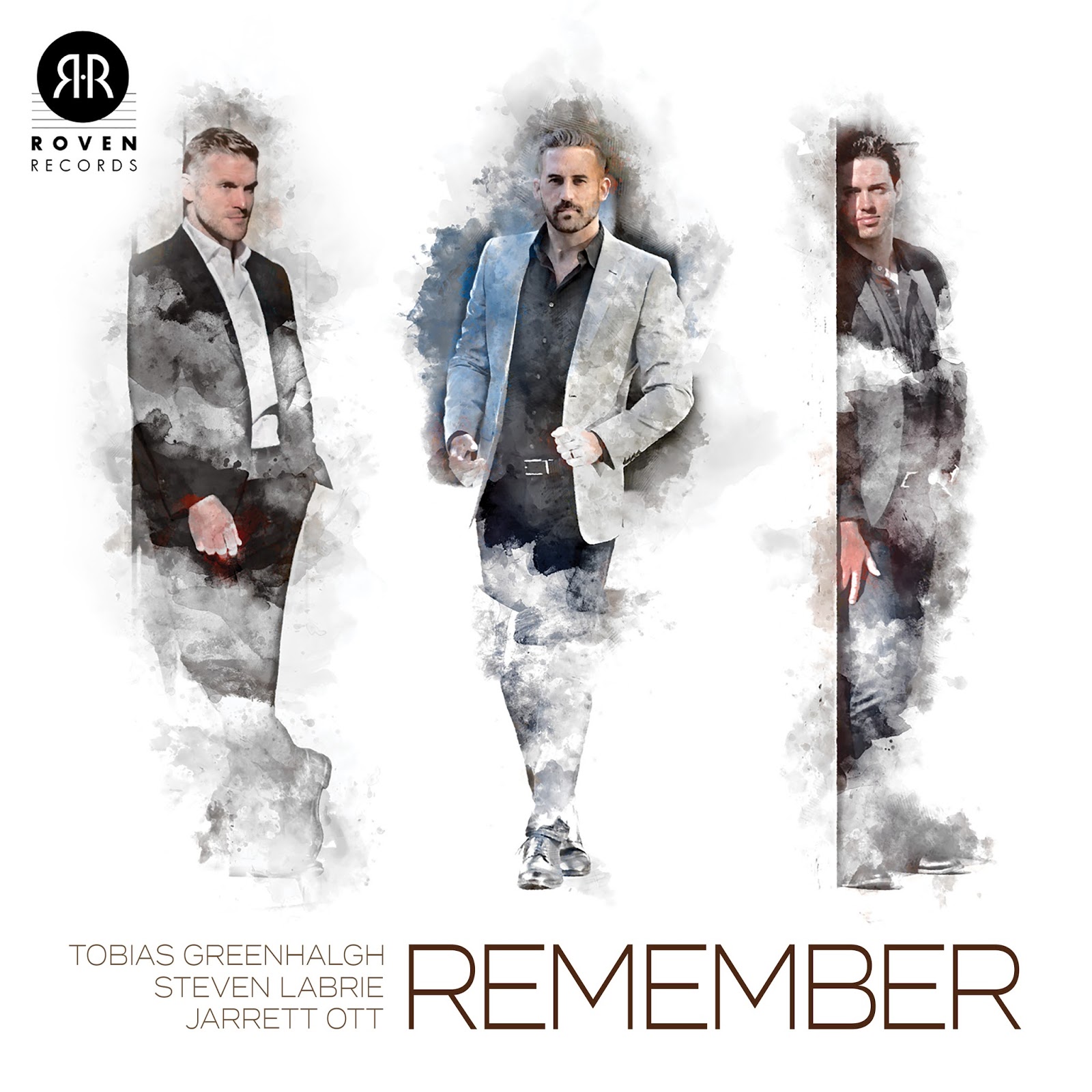 Once upon a time, there was a land in which remarkable baritone voices like those of Richard Bonelli, John Charles Thomas, Lawrence Tibbett, Leonard Warren, Robert Merrill, Cornell MacNeil, and Sherrill Milnes seemed to emerge from her ponds, prairies, and peaks like inexhaustible natural resources. That land remains, extending from Atlantic to Pacific in the embrace of Canada and Mexico, but the skepticism of the listener whose experiences belie the richness of that baritonal endowment is a predictable consequence of acquaintance with the recent state of baritone singing in America’s great opera houses and concert halls. Declaring the Great American Baritone an endangered species slipping ever closer to extinction is understandable, but, no matter how convincing the evidence to the contrary may be, Mark Twain’s quip about the rumor of his demise having been greatly exaggerated might also be applied to baritone singing in the United States.

The international standards of baritone singing, particularly in Verdi repertory, have arguably been continually spiraling downward since Leonard Warren’s untimely death during a 1960 Metropolitan Opera performance of Verdi’s La forza del destino, but the totemic American baritone is not a chimera. Physiologically, it is true that the baritone range is the most common territory inhabited by male voices, but voices such as those of young American baritones Tobias Greenhalgh, Steven LaBrie, and Jarrett Ott are anything but common. With Remember, this compelling disc on his own label, lauded composer, conductor, pianist, poet, and producer Glen Roven provides a platform via which these three gifted singers connect with listeners via intelligently-sung, affectionately-accompanied performances of Art Songs by some of America’s most renowned contemporary composers. Intelligence is commendable, not least owing to it being in sadly short supply, but the brightest mind achieves little in the service of mediocre vocal cords. Mediocrity finds no home on this disc.

Possessing a voice of genuine beauty allied with interpretive instincts that have garnered acclaim from savvy critics and audiences in locales including Aix-en-Provence, New York, and Vienna, Tobias Greenhalgh is at the forefront of today’s ranks of memorable baritones. The comfort and vocal elasticity with which he transitions among musical styles recalls the singing of another American baritone, the under-appreciated Brent Ellis. Like Ellis, Greenhalgh can thunder as convincingly as he whispers, his timbre’s attractiveness never compromised. Accompanied with finesse and flexibility by Michael Brofman, Greenhalgh here performs Roven’s Four Surreal Songs—a title aptly reminiscent of that of Brahms’s Opus 121 Vier ernste Gesänge—with a broad range of vocal hues that embolden the subtleties of Paul Éluard’s words. As set by Roven and sung by Greenhalgh, these texts reveal seldom-seen facets of Éluard’s creative personality that are uncannily appropriate for the first husband of the notorious provocateuse who would eventually enter history on the arm of her second husband, Salvador Dalí.

Motivated by Brofman’s firm but fluid rhythm foundation, Greenhalgh delivers ‘Arc of Your Eyes’ with unapologetic sentimentality, the golden patina of the voice suiting the shimmering colors of the text. The unforced immediacy of his singing of ‘Ecstasy’ establishes a core of serenity amidst the song’s surging emotions. To borrow Hemingway’s conceit, baritone and pianist make ‘The Bull’s Ear’ a moveable feast that lures the listener to the table with a tantalizing array of musical flavors. Roven’s compositional idiom is at its most entrancingly efficacious in ‘End of Monster,’ in which the composer’s responses to Éluard’s words create their own unique sonic poetry. Brofman’s playing fashions a foundation upon which Greenhalgh crafts a reading shaped by a precise balance between music and drama. The song’s metaphysical subtleties are manifested with poignant directness, but this is a performance of a song, not a poetry recitation, and the baritone never ignores the composer’s ingenuity. The listener cannot ignore the unaffected beauty of Greenhalgh’s singing.

Utilizing texts by Paul Valéry [a fittingly operatic surname!], composer Benjamin C. S. Boyle created in his Le passage des rêves a song cycle that rivals the finest efforts in similar form by Erik Satie, Henri Sauget, and Francis Poulenc. Boyle’s musical language is often ambiguous, harmonies conveying as much emotional complexity as his exquisitely-crafted melodies, but the poet’s words are not obscured by the composer’s musical imagery. The duality of words and music that is the nucleus of Boyle’s songs is embodied by the interpretive interdependency of Steven LaBrie and Adam Nielsen, their work on this disc bringing to Boyle’s music the spirit of Benjamin Britten’s and Peter Pears’s still-potent recordings of Schubert Lieder.

LaBrie’s gifts of tonal opulence, strength throughout his range, and expressive sincerity qualify him as a markedly effective exponent of recent repertory: how wonderful he could be as the libidinous Steward in Jonathan Dove’s Flight and is sure to be as Charlie Mitchell in San Diego Opera’s March 2019 production of Jake Heggie’s Three Decembers. His bold, burnished singing of Boyle’s songs is ideally partnered by Nielsen’s eloquently electric pianism. From the first bars of their evocative, resoundingly musical traversal of ‘La dormouse,’ the ethos of this performance is evident: identifying and analyzing the intellectual core of each song, LaBrie and Nielsen inspire one another to make emotional transitions audible. Their singing—and Nielsen’s playing sings as palpably as his colleague’s vocalism—of ‘Les pas’ further refines the principals of musical communication that their collaboration epitomizes, the interaction between voice and piano treated as a candid dialogue. Similarly, the pair’s account of ‘Le sylphe’ pulses with poetic intensity, the layers of meaning inherent in both words and music insightfully elucidated. Even amidst the bounty of wonderful music making on Remember, LaBrie’s and Nielsen’s performance of ‘À l’aurore’ is special: there are palpable feelings of personal vindication and addressing a new day with hope that validates the necessity of darkness. The surety of Nielsen’s touch contrasts with the improvisatory malleability of LaBrie’s phrasing, energizing music, text, and emotion with unerring equilibrium.

The interpretive symbiosis with which LaBrie and Nielsen ignite Boyle’s songs proves to be no less incendiary in their performance of Lori Laitman’s The Joy of Uncreating. Not unlike the textual integrity of her operatic setting of Hawthorne’s The Scarlet Letter, the composer’s uses of Joan Joffe Hall’s words in the songs on this disc are strikingly perceptive, her music dissecting the heart of the words with a tonal scalpel that pares away artifice. LaBrie and Nielsen cut into the flesh of ‘Illumination’ with unhesitant strokes, piercing the song’s torso with a gleaming blade sharpened on the backs of the words. Here and in ‘The Joy of Uncreating,’ they navigate the music’s paths through the texts with magnetic expressive dexterity.

Like Greenhalgh and LaBrie, Jarrett Ott is an artist whose performances are events in the best and truest senses of the term. With a voice that is at once sinewy and sonorous, Ott has the ability to disguise biting ferocity with slyly-employed finesse. There is a kind of irresistible danger in his singing; the song of a siren whose hypnotic vocal snares cannot be escaped. Singing as he does on this disc, with a pianist of Danny Zelibor’s caliber supporting his work, resistance is unimaginable. Both in his performances on Remember and in his work in general, Ott cogently bridges the distances that separate listeners from composers and poets, facilitating empathy that transcends the mechanics of singing.

Few American composers of any generation have dedicated their efforts to exploring the expressive capacities of the human voice as consistently or as persuasively as Jake Heggie has done, and his settings of verses by Vachel Lindsay in Of Laughter and Farewell exemplify the wit and discernment that are the hallmarks of his Art Songs. Ott and Zelibor approach ‘Under the Blessing of your Psyche Wings’ with the combination of concentration and spontaneity that the music demands, presenting the song as a delicate but forceful episode. Likewise, baritone and pianist immerse themselves in Heggie’s musical evocation of riparian reverie in ‘By the Spring, at Sunset,’ the interplay of music and words handled with sophistication.

Complementing the literary sensibility of Heggie’s songs, Jennifer Higdon’s treatment of Walt Whitman’s ‘When lilacs last in the dooryard bloom’d’ blossoms with the shifting moods of the poetry, despair and anger melding with quiet resilience and an inextinguishable but almost reluctant optimism. Ott’s singing infuses warmth into Whitman’s elegiac strains, capitalizing on Zelibor’s propulsive realization of Higdon’s writing for the piano. Like their Remember colleagues, Ott and Zelibor foster a musical discourse into which the listener is invited, not as an observer but as a participant.

Greenhalgh, LaBrie, and Ott join their voices above the composer’s sensitive accompaniment to close Remember with a thrilling, touching performance of Roven’s song of that name. As in their individual assignments, the three baritones enunciate the text, in this case a lovely selection by Christina Rossetti, with clarity and comprehension. Roven’s music is a logical destination for the journey traveled in the songs on the disc. With these performances of songs by five of today’s most eminent American acolytes of the muse of Art Song, three masterful singers inaugurate a renaissance of the iconic American baritone. For that alone, this is disc worth remembering, but its most memorable virtue is uniformly, flawlessly superb singing.