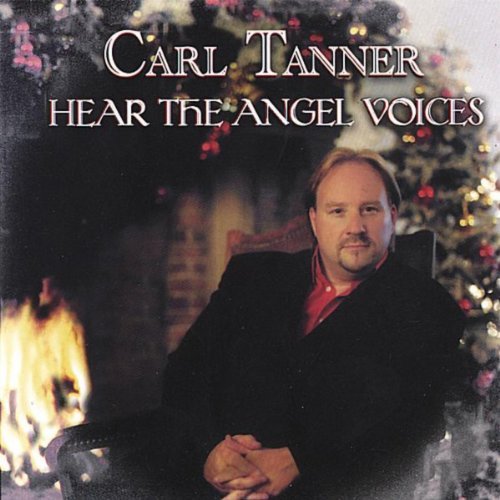 In a time before crowdsourcing became necessary merely to advance a recording project beyond initial planning, record labels promoted and supported the artists on their rosters, a notion that must seem to today’s singers as mythical as dragons and unicorns. In that gilded age, not so long ago, recordings of holiday-themed music were virtually rites of passage for significant artists. The making of such recordings was an act of pandering to the masses, of course, but a bit of such pandering has ever been critical to the survival of the Performing Arts. Moreover, the predilections of the masses are not always embarrassingly plebeian. Surveying the history of recorded holiday music, which earnest collector, regardless of his faith, would willingly part with Richard Tucker’s cantorial recordings or Leontyne Price’s rightly legendary recital of Christmas music with Herbert von Karajan and the Wiener Philharmoniker?

Today’s lack of emphasis on preserving singers’ interpretations of holiday music old and new can likely be attributed equally to the financial challenges faced by Classical labels and the secularism prevalent in Twenty-First-Century society. Blame for the relative dearth of seasonal recordings by noteworthy artists of the current generation notwithstanding, the circumstances that yielded Hear the Angel Voices would be fortuitous in any era of recording history. Lifted in celebration of the Christmas season, the powerful voice of Virginia-born tenor Carl Tanner pours from this disc with inspiring candor. One of the few bonafide successors of Aureliano Pertile, Francesco Merli, Mario del Monaco, and Franco Corelli, Tanner is a Radamès and Calàf to the manner born who here leaves crooning to smaller voices and lesser artists. Even a generation ago, a disc of the quality of Hear the Angel Voices would have been heralded with full-page advertisements in pertinent publications and posters in brick-and-mortar music shops. Both the music industry and the way in which holidays are celebrated through music have changed, but great voices and great singing, rare as they are, remain comfortingly constant.

The backing that Tanner receives on Hear the Angel Voices from the choristers of Northwest Boychoir and Northwest Sinfonia Choir, the musicians of Northwest Sinfonia, and brilliant conductor Steven Mercurio rivals the best work of better-known ensembles on classic recordings of holiday music. The singing of the youngsters of Northwest Boychoir merits comparison with the efforts of their counterparts in Tölz and Vienna, and their adult colleagues sing no less admirably. Mercurio wields an extraordinary talent for making music of any style or vintage sound newly minted, and he guides the orchestra in performances in which the players’ instruments seem to sing in tandem with the tenor’s voice. The traditional carols that constitute the heart of Hear the Angel Voices—‘Joy to the World,’ the beguiling Schubert melody of ‘Mille cherubini in coro’ (a piece much loved by Luciano Pavarotti), ‘Adeste Fideles,’ ‘Silent Night,’ and ‘The First Noel’—are sung not with the formality of the opera house but with the fervor of a family church. Tanner addresses his utterances to the Christ child and those assembled in rejoicing rather than to the back row of a grand auditorium or the casual record buyer.

Acclaimed singers of every Fach include ‘O Holy Night,’ Adolphe Adam’s operatic ‘Cantique de Noël,’ in their holiday repertoires, but few of the most renowned among them sing the piece as well as Tanner sings it on this disc. In his performances of each of the selections included on Hear the Angel Voices, Tanner looks to the text for inspiration, focusing his interpretive choices on subtleties of the words. The grandeur of Adam’s music is an ideal vehicle for the tenor’s surging vocalism, but the lovely, more delicate ‘All is Well’ receives from him a reading no less eloquent. Tanner’s account of ‘Panis Angelicus’ from César Franck’s Opus 12 Mass, a setting of a text attributed to Saint Thomas Aquinas, returns to this frequently-heard number the atmosphere of reverence with which its composer originally imbued it. This singer has considerable vocal amplitude at his command, but nowhere on Hear the Angel Voices does he substitute volume for emotional directness when expressing exultation.

Often credited to early Baroque composer Giulio Caccini, the first of the ‘Ave Maria’ settings included by Tanner on Hear the Angel Voices is actually the work of Twentieth-Century Russian composer Vladimir Vavilov. Joining a litany of accomplished artists who have recorded the piece, Tanner performs the song with an uplifting absence of affectation. The second ‘Ave Maria’ on the disc makes use of a melody woven by Charles Gounod into the gossamer textures of the C-major Prelude (BWV 846) from Book One of Johann Sebastian Bach’s Wohltemperirte Clavier, and Tanner follows the meandering vocal line with intensity that builds to an exhilarating climax. Unlike many singers, he never ignores the fact that Albert Hay Malotte’s dramatic treatment of ‘The Lord’s Prayer,’ almost an operatic scena, is a heartfelt plea for deliverance from man’s evils. Here, too, the momentum of Tanner’s performance is thrilling.

Since it was first sung by Bing Crosby on his NBC radio show on 25 December 1941, Irving Berlin’s ‘White Christmas’ has become a staple of musical holiday celebrations throughout the world. In his voicing of the song, Tanner recaptures the wide-eyed wonder that Berlin felt as he composed the song during an unexpected California snowfall on New Year’s Day, 1940. The same sentimental authenticity emanates from Tanner’s voicing of ‘Little Drummer Boy,’ written for the Harry Simeone Chorale. Not to be confused with the number featured in A Charlie Brown Christmas, the song ‘Christmas Time is Here’ recorded by Tanner is the work of McLean, Virginia-based composer Katherine Chrishon. If the song was not crafted specially for Tanner, it might have been: his mastery of the demands of both music and text is authoritative.

Adapted from the Intermezzo of the composer’s incidental music for Alphonse Daudet’s play L’Arlésienne, Georges Bizet’s ‘Agnus Dei’—a misnomer, really, as Bizet neither knew nor approved of the use of his tune—was first recorded in 1936 by Beniamino Gigli. Tanner’s traversal is laudably free of the bull-in-the-china-shop over-singing in which some tenors have indulged in this music, but there is nothing twee in Tanner’s approach. It is impossible to imagine Mel Tormé singing ‘Celeste Aida’ or ‘Nessun dorma,’ but Tanner sings Tormé’s signature holiday number ‘The Christmas Song’ delightfully, achieving complete comfort with the song on his own terms. Throughout Hear the Angel Voices, Tanner is in excellent voice, his upper register projected with an audible ease atypical for larger instruments. His seriousness is no less than it would be were he recording music by Verdi or Puccini, but every song on this disc is placed within a context of jubilation and abiding faith.

More than money and loyalty, perhaps what is most damagingly missing from today’s Performing Arts community is sincerity. When Richard Tucker recorded cantorial music, it was undoubtedly with the hope of selling records, but it was also with his experiences in the synagogues and Jewish congregations of metropolitan New York City filling his heart. Leontyne Price was surely pleased to earn a few dollars by recording ‘Sweet Little Jesus Boy,’ but who can question the legitimacy of the shame evinced by her singing of Christ’s humble birth? Like Tucker and Price, Carl Tanner is the steward of one of America’s important voices. With Hear the Angel Voices, he stands with them as one of America’s foremost voices of praise. It is regrettable that industry cynicism now deprives listeners of new recordings of holiday music by many of their favorite Classically-trained singers, but Hear the Angel Voices is all the more invaluable for being a lone light in a world darkened by greed.