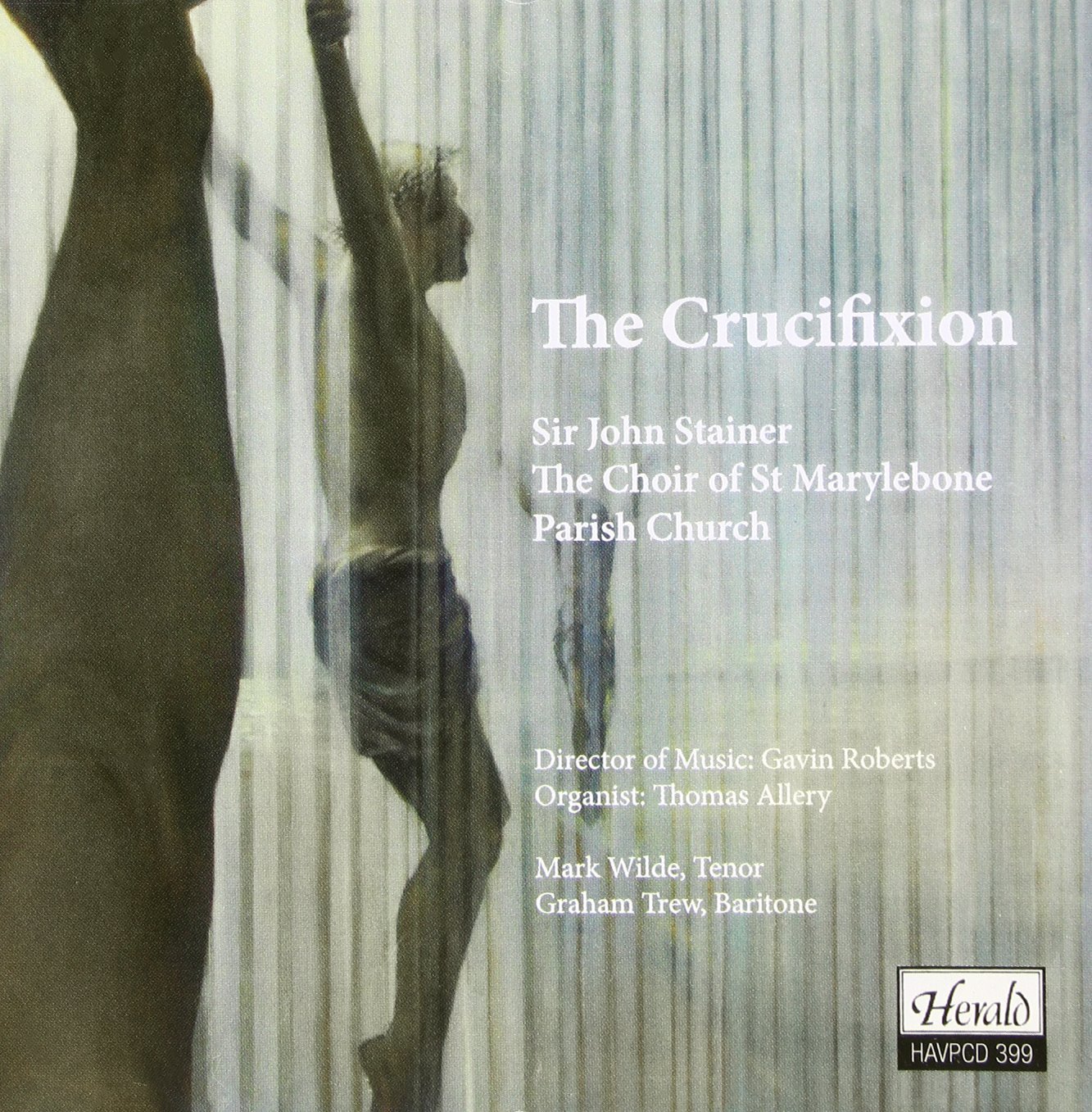 Queen Victoria was perhaps not a woman of any particular religious fervor, but outward shows of piety were an integral aspect of the rigid public morality of the era in British history to which she lent her name. Innate English stoicism precluded the sorts of processional outpourings of faith that enthralled Catholic Mediterranean communities, but British society during Victoria’s long reign was a precise ordering of responsibilities large and small in which it was one’s duty whether in Belgravia, Birmingham, or Brighton to don one’s smartest clothes and finest manners on Sundays and receive from the Church of England’s rectors the verbal keys to Paradise. In his little-remembered 1852 work The History of Henry Esmond, William Makepeace Thackeray succinctly expressed the moral attitude of the age, a time in which the Queen’s adored consort was celebrated as a veritable martyr for the cause of the advancement of European political reform and Victoria herself was depicted—not always flatteringly—as the paragon of grieving widowhood. ‘'Tis not the dying for a faith that's so hard...'tis the living up to it that is difficult,’ a character in Thackeray’s book philosophizes to the eponymous protagonist. This sentiment illustrates a crucial element of the enduring emotional power of the narrative of Christ’s Passion. It is one thing to surrender one’s life in service to one’s cause but another thing entirely to live according to the ethos of one’s beliefs, and in the Gospel accounts of Christ’s Passion can be gleaned the quintessential tenets of what might be termed faith in action. Setting words by W. J. Sparrow Simpson, British composer Sir John Stainer continued the tradition of Renaissance and early Baroque music for Holy Week, Bach’s and Telemann’s Passions, Händel’s Messiah, and Liszt’s Christus with The Crucifixion, a concentrated exploration not solely of Christ’s death and resurrection but equally of the final acts of life that transformed a brutal execution into a transfiguration that has throughout two millennia influenced the course of human history in ways that perhaps even the man upon that cross did not foresee.

First performed on 24 February 1887, in London’s St. Marylebone Parish Church, the venue in which the present performance was recorded, Stainer’s ‘Meditation on the Sacred Passion of the Holy Redeemer’ epitomizes the Victorian affection for ceremony on an intimate scale. Proportioned for the musical forces of the village parish church rather than those of the grand cathedral, The Crucifixion advocates the grandeur of simplicity. Wholly eschewing pomposity, Stainer conceived a contemplative work in which, as in Bach’s Mathhäus-Passion, individual reflection is the central focus. There is abundant drama in the music for the soloists, but the action is primarily intellectual. Perhaps reacting to the shifting mores of his younger colleagues, Stainer himself disavowed his Crucifixion later in his career—an unfortunate and ill-deserved fate for so fine a work. When performed on an appropriate scale, as is done on this disc, The Crucifixion is no less compelling in its profoundly unaffected statement of faith than are Bach’s Passions in the magnificent expansiveness of theirs.

Led by Marylebone’s Director of Music Gavin Roberts with unfailing understanding of the score’s dimensions and the handling that they necessitate, this performance of The Crucifixion dispels any notions of Stainer’s score being merely a curiosity, a souvenir of Victoria’s England with limited appeal to Twenty-First-Century performers and audiences. Complementing Roberts’s pacing, the playing of organist Thomas Allery is an invaluable component of the success of this performance. Even organists as talented as Allery sometimes succumb to the temptation to approach The Crucifixion as a tone poem for organ with vocal obbligati. As he plays here, not least in the Processional to Calvary, Allery is neither willful soloist nor unambitious accompanist: he is a participant in the performance, the voices of his instrument contributing as compellingly to the momentum and impact of the storytelling as those of the soloists and choristers.

Declaiming his recitatives with unerringly clear diction and emotional forthrightness that never obscure the natural beauty of the voice, tenor soloist Mark Wilde movingly fulfills his evangelical duties. In the work’s opening recitative, ’And they came to a place called Gethsemane,’ and The Agony, the tenor, united in the latter with his baritone colleague, conveys the breathless tension of the events described whilst maintaining superb breath control. Wilde employs his silver-clad tones to sublime effect in The Majesty of the Divine Humiliation. There are in the strains of ‘Jesus said, Father, forgive them’ senses of magnanimity and inevitability, a benedictory acceptance of the fulfillment of destiny. The sadness that pervades Wilde’s reading of ‘When Jesus therefore saw His Mother’ is all the more affecting for seeming so personal. ‘After this, Jesus knowing that all things were now accomplished’ is sung with absolute commitment and unforced tonal beauty. In this performance, Wilde is a fantastic singer with none of the manifestations of ego that often compromise the integrity of singing at this level. Compared with previous recorded interpreters of this music, Wilde is more comfortable with Stainer’s idiom than the overtly operatic but bronze-voiced Richard Crook and possesses a timbre more attractive than Robert Tear’s. Wilde sets a new standard for the performance of the tenor solos.

In his every utterance as recorded here, baritone Graham Trew provides the authority that the music needs without hectoring or ignoring the humanity of the text. The character that he creates is a sensitive but strong-willed man, neither broken nor bullying. Musically, Trew is a powerful presence, his still-potent voice losing focus and resonance only on a pair of notes at the very top of the range. Like Wilde, he wastes not one sound on vocal display: his singing impresses because it serves the composer, librettist, and subject rather than the singer. Whereas Wilde touches the heart, Trew rouses the senses, depicting an unflappable hero certain to stir English pride. There is a suggestion of stark apprehension in Trew’s enunciation of ‘And when they had come to the place called Calvary,’ the directness of his elocution conveying the fateful implications of Christ’s arrival at Calvary. ‘He made Himself of no reputation’ is sung with touching dignity, the evocation of Christ’s humility inspiring the baritone to singing of special grace. Both ‘And as Moses lifted up the serpent’ and ‘And one of the malefactors’ are delivered with stirring fortitude. Trew joins with Wilde in a poetic traversal of the duet ‘So Thou liftest Thy divine petition.’ Stainer captured the essence of the uniquely English art of getting at the heart of a matter without frivolity or melodrama with his utterly unpretentious setting of ‘Is it nothing to you?’ Trew responds to the sincerity of Stainer’s expression with a nuanced articulation of the text that is completely free of artifice. The baritone’s vocalism captivates on its own terms, but it is his gift for acting with the voice that makes his singing in this performance of The Crucifixion intensely engaging.

With ‘Fling Wide the Gates,’ the Marylebone choristers enhance the performance with an encouraging exhibition of the continuing health of the storied English choral tradition. Roberts and the chorus never endeavor in this performance to sound as though they aspire to the Covent Garden stage, instead dedicating their considerable abilities to singing Stainer’s music as the score dictates. In ‘God so loved the world,’ the choir’s attention to balance among registers is gratifyingly apparent, and the composer’s part writing in The Appeal of the Crucified provides the choristers with an opportunity to exercise their thorough training—an opportunity that they seize with gusto. Basses Mark Chaundy and Andrew Copeman deliver solo lines with solid tone, further revealing the efficacy of the choir’s preparation. Stainer’s music is not of extraordinary difficulty, but it is astounding to note how often ‘easy’ music is badly performed. Honoring the legacy of their forebears who first sang this music 130 years ago, today’s St. Marylebone Parish Church choristers sing Stainer’s carefully-crafted choruses as though premièring The Crucifixion were entrusted to them.

So organic a part of this performance are the sounds of the congregation rising to sing the hymns that Stainer might have scored them. The Crucifixion’s five congregational hymns—The Mystery of the Divine Humiliation, Litany of the Passion, The Mystery of Intercession, The Adoration of the Crucified, and ‘For the love of Jesus’—cannot be expected to be perfectly sung when the oratorio is performed in its intended liturgical context, but the Marylebone parishioners acquit themselves splendidly. As sung here, the hymns are as enjoyable and involving cornerstones of Stainer’s score as the chorales are of Bach’s Passions.

The wonderful quality of the music making notwithstanding, the greatest joy of this performance of The Crucifixion is hearing this music truly live. Lacking very little of the polish made possible by the takes and retakes of recording in studio, this performance has all of the vitality that Stainer surely meant his work to engender. Immaculately engineered without being over-processed, this recording invites the listener into the rapt atmosphere of St. Marylebone Parish Church for an uplifting performance of a work that retains its potential to transcend its Victorian provenance. The recording label to be thanked for this release is very appropriately named, for this Crucifixion indeed heralds a revitalization not only of Sir John Stainer’s score but also of the exalted lineage of English choral music of which it is a part.