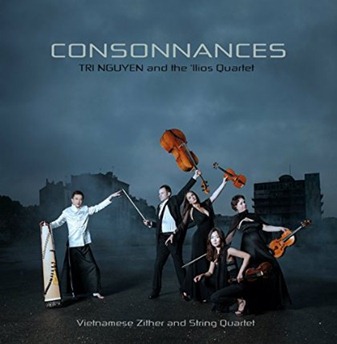 If there is one abiding lesson that every tragedy and ill-conceived response of the past year should have seared in the conscience of humanity it is the dismaying fact—indeed, a tragedy in its own right—that the expansion of our abilities to interact with one another regardless of distance and difference has engendered not the expected synergy among cultures but rather illogical but zealous drives to isolate and segregate. Somehow, the compulsion to look beyond one’s own social boundaries, to embrace what one does not fully understand because doing so enriches the experience of living in a complicated but marvelous world, has become in the insecure psyche of modern society a betrayal rather a responsibility of one’s individuality. Robert Kennedy wrote that ‘the answer to the intolerant man is diversity,’ but that diversity largely remains a concept rather than a reality as much in the Arts as in any other realm of life. The repertory of Western Classical Music is as rich a legacy as exists in Art, but what, in truth, remains to be said with the same idioms that have defined music in the West since melody was first borrowed by man from the mouths of nature? It is every man’s inclination to be comfortable with that with which he is familiar, but unimagined rewards often await those curious and courageous enough to peer over the walls of their self-imposed confinement—rewards like those that greet listeners who set aside preconceptions and submerge themselves in Consonnances with open ears, open minds, and open hearts. A degree of cultural integration that would render the notion of the assimilation of elements of Eastern and Western musics an essential component of the future of Classical Music is perhaps only a dream, but this disc offers tantalizing glimpses of the possibilities of music truly without borders. As a confluence of cultures, Consonnances is a revelatory disc. In realistic terms, however, revelations and artistic value are also merely concepts. What makes hearing Consonnances such an enjoyable experience is that it simply is a disc that documents very fine musicians making sublime music together. When musicians unite, diplomacy requires neither words nor politics.

Educated both in his native Vietnam and in France, where he assumed a place in an artistic legacy that encompasses the artistry of celebrated Romanian pianist Clara Haskill, Tri Nguyen is both a composer and pianist trained in the Western tradition and a virtuoso on the đàn tranh, a sixteen-stringed cousin of the zither that likely evolved from the Chinese guzheng, an instrument familiar from many cinematic depictions of Chinese culture. Here collaborating with Quator 'Ilios, Nguyen and the Quartet’s cellist, Dima Tsypkin, fuse both the sounds of the đàn tranh and the aural atmosphere of Vietnamese folk music with the particular sonorities of the Western string quartet. Rather than distorting the textures of either component, their work capitalizes on the ways in which the unique capabilities of the đàn tranh and the string quartet intersect. Though the musical languages are very different, it is impossible when hearing Consonnances not to think of Johann Strauß II’s G'schichten aus dem Wienerwald and its prominent zither solos. Nguyen shares Strauß’s affinity for translating music for what is considered a ‘folk’ instrument into the parlance of mainstream concert music with results that seem wholly appropriate rather than quaint. The 'Ilios players—violinists Buynta Gorya​eva and Iryna Topolnitska, violist Caroline Berry, and Tsypkin—are ideal co-celebrants in this cross-cultural homage to shared musical propensities, their own sensibilities reflecting Nguyen’s Panglossian artistic heritage. These five individuals have clearly absorbed almost every nuance of one another’s styles, enabling them to approach the pieces on Consonnances as dialogues rather than đàn tranh works with string quartet obbligato. The quartet’s playing, guided by Tsypkin’s emotionally-charged performance, matches insightfully-managed tonal textures with phrasing that is unerringly attuned to melodic strands. It is apparent from the first notes on the disc that Consonnances is anything but a pedagogical experiment: this is the music of earnest conversation, cooperation, and the sort of cultural cross-pollination upon which the continued blossoming of global music depends.

Drawing inspiration from their respective cultural heritages, Nguyen’s as a child of an aristocratic Mandarin family in Vietnam and Tsypkin’s as a product of Soviet Belarus, these visionary artists have created music that seduces the listener with sounds both eerily familiar and quite new. The burgeoning romance of ‘Khóc Hoàng Thiên’ (‘Complaints to the Sky in the Falling Dust’), conveyed in throbbing melodic figurations, will be recognized by any listener who has ever gazed into the sky, wondering whether a distant beloved looks upon the same celestial bodies. The wistfulness of ‘Trăng Thu Dạ Khúc’ (‘Autumn Moon Lullaby’) cascades from the instruments’ timbres, and the laments of young lovers separated by circumstance echo through the beautifully-arranged strains of ‘Lý Giao Duyên’ (‘Exchange of Love’). A suggestion of the inevitability of nature permeates ‘Lưu Thủy Đoản’ (‘Waterdrops’), the unsettling gurgling of rain falling into a stream lulled by the union of man and nature in the evocative ‘Lý Con Sáo’ (‘Song of the Blackbird’).

In the vein of the overtly erotic music that opens Richard Strauss’s Der Rosenkavalier and the thorny, gamelan-influenced presence of the silent Tadzio in Britten’s Death in Venice, ‘Sương Chiều’ (‘Twilight Mist’) contrasts the oppressive din of the physical world with the frenetic utterances of lovers in congress in inventive counterpoint that draws from Nguyen and Topolnitska playing of stormy brilliance. The Orphic associations of ‘Khỗng MinhTọa Lầu’ (‘Strategist Khỗng on the Fortress’), the music depicting the serene musicality of a master tactician juxtaposed with the cacophony of disorganized martial aggression, are elucidated with stirring clarity by Nguyen’s virtuosic but tranquil mastery of the đàn tranh. He and Tsypkin envelop the quiet contemplativeness of ‘Nam Ai’ (‘Sadness of the South’) in tones that inhabit the realm of Mahler’s Das Lied von der Erde. The sentimental discernment of their partnership shines in every bar of this performance.

The bashful, hesitant interaction of newlyweds on their wedding night in ‘Lưu Thuỷ Hành Vân’ (‘Move with Water, Walk on Clouds’) conjures the scented aura of the end of Act One of Puccini’s Madama Butterfly, but Nguyen’s paramours address one another with sweet words of mutual respect and spiritual fulfillment rather than carnal desire. The grandeur of ‘Ái Từ Kê’ (‘Emperor’) establishes a mood that could hardly be more different, the magnificence of the imperial court invoked by the broad strokes of suspended harmony. An air of celebration also infuses ‘Tử Quy Từ’ (‘The Joy of Coming Home’) with a distinct musical profile that exudes the exquisite pleasures of belonging and acceptance. ‘Rao Buổn’ (‘Melancholy’) and ‘Hoài Xứ’ (‘Nostalgia’) are, in a sense, the most profoundly personal pieces on Consonnances. Here, the myriad of influences on Nguyen’s artistic development are synthesized into a singular mode of expressivity both intrinsically Eastern and unmistakably universal. If an important artist’s worldview can be concentrated into the intoxicating elixir of two pieces of music, these surely capture the essence of Nguyen’s aesthetic.

One of the inalienable rights about which tongues are ever wagging is the freedom to like what one likes without explanation or justification, and Art is an ideal arena in which to figuratively let that freedom ring. The peril against which all artists who deserve that distinction fight is the perversion of the right to like indiscriminately into a license to dislike discriminately. Ignorance is pardonable as it can be remedied, but uninformed dismissal and disrespect are the slippery slopes down which society tumbles into intolerance and unredeemable stupidity. Few children faced with steaming portions of toxic-looking vegetables never heard from their mothers, ‘You might like it if you try it.’ The ethos of artistic nurturing should be no different. Consonnances is a disc via which five musicians exclaim to the reluctant listener, ‘Try it! You just might like it.’ Without artists like Tri Nguyen, Dima Tsypkin, and the members of Quator 'Ilios, without discs of the uncompromising integrity and phenomenal beauty of Consonnances, without the celebrations of identity and community that this disc represents, of what legitimate value is the continued life of Classical Music for which its practitioners and supporters strive?