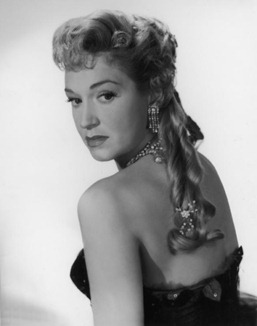 ‘She is vocally and dramatically one of the best—perhaps the best—“Octavian” seen here in many years, possessed of a fine vocal equipment intelligently used and of a stage presence and acting ability far above the usual “operatic” standards.’  This was the assessment of Edwin H. Schloss in the Philadelphia Enquirer of a MET performance of Richard Strauss’s Der Rosenkavalier in the City of Brotherly Love on 22 November 1938.  The Marschallin was sung on that occasion by the celebrated Lotte Lehmann, and—as Mr. Schloss wrote—the ‘debutante whom last night’s audience took especially to its heart was a young American mezzo, Risë Stevens.’

Three weeks later, Ms. Stevens, who passed away on 20 March just weeks short of her hundredth birthday, brought her gifts to the Old MET in New York, where she sang Thomas’s Mignon for her house debut on 17 December 1938.  ‘Add Risë Stevens to the ever-lengthening roll of first-rate American opera singers,’ wrote Oscar Thompson in The Sun.  ‘In her debut as Mignon at the Metropolitan on Saturday was much to indicate that, with normal experience and artistic growth, she will have a real contribution to make to the lyric theater of these times.’  This is a prophecy that Ms. Stevens’s brilliant career gloriously fulfilled.

Ms. Stevens sang an impressively varied repertory during her tenure at the MET, extending from lyric mezzo roles like Octavian and Mignon to the operas of Richard Wagner, in which she sang Erda in Das Rheingold and Siegfried and Fricka in Die Walküre.  Four roles perhaps revealed Ms. Stevens’s talents at their most compelling, however: Cherubino in Mozart’s Le Nozze di Figaro, Orlovsky in Johann Strauss’s Die Fledermaus, Bizet’s Carmen, and Saint-Saëns’s Dalila.

On 31 January 1952, Ms. Stevens headlined the opening night of a new MET production of Carmen by Tyrone Guthrie, a production that would prove a watershed in the history of the Metropolitan Opera.  Critical to the success of the production was the performance of Ms. Stevens, a Carmen of complementary grace and toughness and a virtually unique vocal command of the role.  Having already sung Carmen at the MET since 1945 and having recorded the role in a compelling studio performance conducted by Fritz Reiner, Ms. Stevens established herself as the definitive Carmen for a generation of opera lovers.  In addition to the Reiner studio recording, Sony and the Metropolitan Opera have released a recording of the 16 February 1952 broadcast performance in which Ms. Stevens’s Carmen is memorably partnered with the Don José of Richard Tucker.  Ms. Stevens’s is a Carmen who confronts fate with passion that never undermines a sense of integrity.  The same could be said of her Dalila, who seduces without descending to baseness; her Orlovsky, who charms without hamming; and her Cherubino, who melts with young love without seeming a spineless sap.

In addition to her brilliant career in opera, Ms. Stevens was also a star of cinema and the Broadway stage.  Her turn in the film of Oscar Straus’s Chocolate Soldier opposite Nelson Eddy endeared her to Hollywood and to lovers of movie musicals, and her recording of Kurt Weill’s Lady in the Dark is one of the greatest musical theatre recordings of the 20th Century.  More importantly, Ms. Stevens excelled in the roles of wife and mother.  She and her husband Walter Surovy were married from 1939 until his death in 2001.  Mr. Surovy was a promising actor in his native Austria before World War II, but he eventually devoted himself to carefully managing his wife’s career.  Ms. Stevens’s son Nicholas followed in his parent’s footsteps by becoming an actor.

As important as her contributions to opera were Ms. Stevens’s contributions to humanity.  She was one of the last of a rarefied breed of singers equally devoted to their craft and to fulfilling the expectations of those who appreciated their work.  Even at the height of her fame, Ms. Stevens was at heart a singer, dedicated to capably and, whenever possible, memorably performing the music of great composers and to approaching both her career and her life with honesty, humility, and humor.  Perhaps it seems a matter of semantics to state that Ms. Stevens was a singer.  Too many of today’s opera singers are not content to be singers: they are—or pretend to be—artists, creatures who separate themselves from ordinary folk and interact with their perceived inferiors only with the greatest reluctance.  Society and technology in 2013 are vastly different even from 1961, when Ms. Stevens last sang at the Metropolitan Opera, but the hearts of music lovers are largely the same.  A true operatic artist is a singer who not only has the appropriate insouciance for Carmen’s habanera but also has smiles and kind words for the throngs of admirers that await her at the stage door.  In the sense that she sang with a voice of beauty and presence, acted with charisma worthy of a Hollywood starlet, and welcomed the affection of even the least exalted fan of her work, Risë Stevens was one of America’s few true artists. 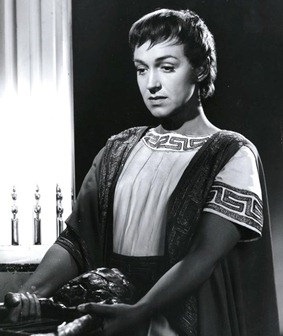