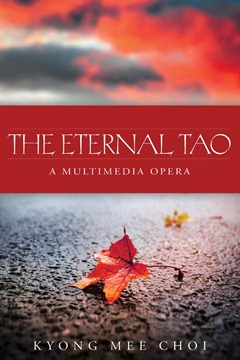 In The Magic of Opera, George Marek—a frequent contributor to the Metropolitan Opera’s broadcast intermission features—wrote that opera ‘does not call so much for an imaginative ear as for an imaginative eye, an eye which can see beyond little absurdities toward great truths.’  This is perhaps true now more than ever, as the visual elements of opera productions are increasingly central to audiences’ operatic experiences.  Even before the work of Richard Wagner changed perceptions about the forms and functions of opera, French librettist Eugène Scribe wrote of his conception of opera as the genre in which all means of artistic expression—musical, visual, and poetic—are united in a single endeavor and, in the most rarefied instances, refined into a timeless monument of Total Art.  Many recent productions of traditional repertory operas reveal through their efforts at updating classic settings a damaging distrust of works of the past: in order to be appreciated by audiences in the 21st Century, an opera composed two hundred years ago must be made ‘relevant’ by transporting its action and transforming its characters to places and persons recognized by even the least perceptive patron in the internet age.  This philosophy surely confuses entertainment with enlightenment, at least in part, and introduces the danger of distorting not only the impact of an opera but also the reasons for its endurance.  What, then, of the ‘imaginative eye’ of which George Marek wrote?  Have the ‘great truths’ as expressed in music survived four centuries of operatic invention, intuition, and revision?

Based upon Lao Tzu’s Tao Te Ching (道德經 in its traditional form), The Eternal Tao—the work of composer, visual artist, choreographer, director, and producer Kyong Mee Choi—is a ‘multimedia opera’ that, eschewing the conventional narrative structures of Western opera, seeks to examine the ‘great truths’ pursued in Tao Te Ching, notably those of virtue, integrity, and universal humanity.  Absent are the named characters and linear dramas familiar from the works with which most opera lovers are acquainted, but The Eternal Tao compellingly combines visual arts, dance, and music in an exploration of the most basic elements of the human experience.  The Eternal Tao reveals that Kyong Mee Choi is an artist of exceptional gifts, foremost among which is an uncanny ability to create a work that, though profoundly different from the operas of Verdi and Wagner, realizes the ideals towards which composers of old endeavored.

Recorded in performance at Roosevelt University’s Ganz Hall, Ravello’s DVD presents The Eternal Tao with the superb video quality that the stirring visuals demand, allied with rich, well-defined sound.  Ensemble Dal Niente, the musicians who in this performance play Eastern and Western instruments, traditional and non-traditional, offer virtuosic playing of great eloquence and technical accomplishment are are recorded with a careful balance rare for recordings of live performances.  Conductor Michael Lewanski presides with authority but flexibility.  Musical values are considerably higher than in many performances of contemporary works, and the difficulties of the score are faced with conviction and complete dedication.

So exceptional is the ensemble in this performance that all of the dancers and singers deserve individual mention.  Dancers Allison Anich, Mei-Kuang Chen, and Natalie Williams move with grace in choreography that is stylized but also refreshingly natural, suggesting Oriental cultures without imparting any particular cultural point of view.  Soprano Samantha Stein, mezzo-soprano Allison Hull, tenor Jeff Jablonski, and baritone Chad Ballantyne are the Chorus, their voices blending hauntingly.  Mezzo-soprano JulieAnn Zavala sings with impressive accuracy and fearlessness, bringing to her lines an attractive voice that is consistently focused and secure throughout the range.  The standout performance among the vocalists comes from baritone Brad Jungwirth, whose strong, handsome voice rings out dashingly even in the most complicated passages.  Voices are employed as instruments in the ensemble, and Mr. Jungwirth unflinchingly manages lines with great rhythmic complexity.

The visual elements created by the composer for this production are evocative and often stunningly lovely, color used with the vibrancy, delicacy, and nuance of the great Impressionists.  Indeed, this is a production of almost extravagant beauty: it is extremely rare to encounter equitable visual appeal in a production of a traditional, canonical opera.  Visuals are never used merely as attractive backdrops, however.  Carefully coordinated with the musical aspects of the production, the visual projections enhance the work of the dancers and vocalists by serving as an evolving panoply of emotions in color.

Musically, Kyong Mee Choi’s idiom is decidedly modern but not without hints of influences from both Eastern and Western music of the 20th Century and earlier.  As in the music of many Eastern cultures, percussion is central to the sound world of The Eternal Tao, but the composer writes for percussion with a fluency and variety quite unlike that heard in the works of other contemporary composers.  Compared with a piece like Tan Dun’s The First Emperor, in which authentic Asian percussion instruments were deployed with artistry but to sometimes distracting effect, use of percussion in The Eternal Tao is both refined and dramatically arresting.  There are moments of startling dissonance, but these give way to passages of surpassing beauty, aptly reflecting the myriad struggles and successes of life.  Perhaps the most impressive element of the musical score of The Eternal Tao is the way in which Kyong Mee Choi has created tonal motifs that give the work continuity but also seem spontaneous.

The Eternal Tao exemplifies the concept of ‘performance art,’ integrating all of the aspects of traditional opera—music, dance, and visual arts—into a remarkable experience that, however unconventional in terms of operatic traditions, grips with its journey through the eloquent verse of one of the most integral works of world literature.  In a sense, text is the unifying element of The Eternal Tao: visual components depict the moods of each excerpt from Tao Te Ching, musical lines are adapted to the sounds of the words, and dance movements flow with the natural cadences of the language.  Kyong Mee Choi has created in The Eternal Tao a powerful example of how opera can transcend not just the conventions of four centuries of operatic composition but also the limitations of language and culture.  It is rare that a splendid contemporary work receives a performance worthy of its merits: The Eternal Tao has been especially fortunate in not just enjoying the espousal of Roosevelt University in mounting a fantastic production that leaves little to be desired but also receiving the gift of a first-rate DVD presentation from Ravello Records.  Kyong Mee Choi obviously possesses the ‘imaginative eye’ of which George Marek wrote, and her Eternal Tao offers glimpses of elusive ‘great truths’ among tableaux of biting originality and resplendent humanity. 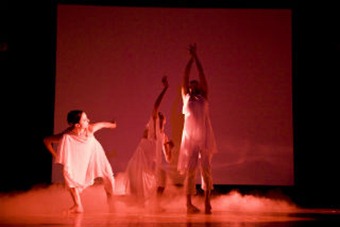