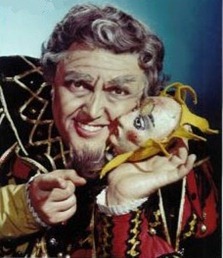 ‘Sometimes an artist can plug along year in and year out without any breaks.  Then, with a whoosh, he’ll go right to the top.  Cornell MacNeil, Minneapolis-born baritone, has just taken that dizzying ride.  On March 5 [1959] the thirty-four-year-old singer made his successful European début at La Scala in Milan [as Don Carlo in Verdi’s Ernani], and Saturday night [21 March 1959, substituting for Robert Merrill] he made an unexpected but equally well received Metropolitan début in the title role of Verdi’s Rigoletto.  Mr. MacNeil came through superbly.’  It was thus that Eric Saltzman of the New York Times described the Metropolitan Opera début of baritone Cornell MacNeil, who passed away on 15 July in Charlottesville, Virginia.

Possessing a voice of exceptional size and range, Mr. MacNeil was destined from the beginning of his career for the great Verdi baritone roles.  He was equally accomplished in verismo roles, however, not least Scarpia in Puccini’s Tosca and Tonio in Leoncavallo’s Pagliacci: his singing (and recording) of the Prologue from the latter opera was indicative of the power and extension of his singing, the monologue unfailingly capped with a top A-flat rivaled only by Leonard Warren.  As Scarpia, Mr. MacNeil could prove both seductive and sadistic without pushing the voice beyond its capacities.  Likewise, as Rance in Puccini’s Fanciulla del West, Mr. MacNeil was the embodiment of the cynical sheriff of the American West, toughened by hardship but softened by his need for Minnie’s acceptance.  It was in the music of Verdi, though, that Mr. MacNeil’s voice shone most brilliantly.

Rigoletto, the role of Mr. MacNeil’s MET début, was a part for which he had particular vocal and dramatic affinity, making fullest use of his skills for conveying cruelty and compassion within the space of a single bar.  Mr. MacNeil recorded Rigoletto twice, first opposite Dame Joan Sutherland and Renato Cioni and later—much differently—opposite Reri Grist and Nicolai Gedda.  Both recordings preserve notable performances, the voice more youthful on the DECCA recording with Sutherland and the dramatic presence more impressive on the later EMI recording with Grist.  In vocal terms, Sutherland and Grist were very different daughters, but Mr. MacNeil adapted his vocal resources to his surroundings, proving not only his vocal resilience but also his sensitivity to the requirements of a specific performance.

Criticized early in his career for haphazard treatment of Italian, a language that he did not yet speak, the opulence of Mr. MacNeil’s voice was never doubted.  Fortunately, NAXOS recently reissued on compact discs the 1950 recording of Gian Carlo Menotti’s The Consul, the opera in which Mr. MacNeil made his professional operatic début, enabling listeners in the 21st Century to appreciate the quality of voice that this singer possessed from the outset of his career.  Mr. MacNeil once recalled in an interview that he had been singing since the age of twelve, however, his youthful voice having been heard often over the radio.

The extraordinary voice of Cornell MacNeil was last heard at the MET as Scarpia on 5 December 1987, a matinée broadcast performance in which his colleagues were Hildegard Behrens and Ermanno Mauro.  Along with a number of fine recordings, studio and ‘pirated’ broadcasts, Mr. MacNeil leaves a towering legacy: in retrospect, he may indeed have been the last legitimate Verdi baritone heard at the Metropolitan Opera in the 20th Century.  That, eleven years into the new century, the emergence of a true Verdi baritone is still awaited, the passing of Cornell MacNeil is a new reminder of what has been lost in the past quarter-century. 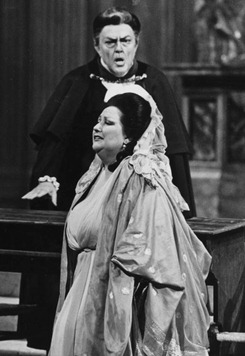