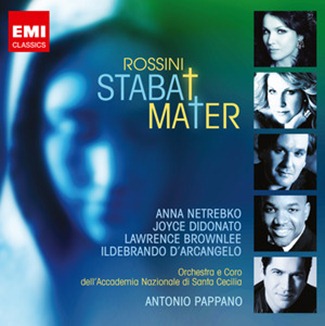 When Rossini completed Guillaume Tell, his final opera, in 1829, he was in the thirty-eighth year of a life that would extend for seventy-six years.  Compared with the scores of its composer’s youth, Guillaume Tell was virtually a revolutionary score: running for more than four hours without cuts, the opera was typically Rossinian—which is to say Italianate—in its melodic grace and flamboyant orchestration, but the French Grand Opera of Meyerbeer and Halévy was equally in evidence in the music.  Perhaps sensing the transition in Italian music from bel canto to the Romanticism that would hold sway by the middle of the Nineteenth Century—the premiere of Verdi’s first opera, Oberto, was only a decade in the future at the time at which Rossini was composing Guillaume Tell,—the composer of Il Barbiere di Siviglia and Tancredi, pinnacles of their genres, ceded the field to his younger colleagues, principally Bellini and Donizetti.  From the time of the first production of Guillaume Tell in 1829 until his death in 1868, Rossini composed no more operas.

It was early in this self-imposed retirement, however, that Rossini began composition of his Stabat Mater, a setting of the Thirteenth-Century versified evocation of the sorrow of the Virgin Mary as she observes the crucifixion of Christ.  Drawing inspired settings from both Alessandro and Domenico Scarlatti, Vivaldi, Pergolesi, Joseph Haydn, and even Schubert, the Stabat Mater commanded an influence in liturgical music that was propelled through the Nineteenth Century by settings by Rossini, Verdi, and Dvořák.  Commissioned in 1831 by an official of the Spanish government to compose his setting of the verses, Rossini set to work almost at once but was ultimately prevented by illness from completing the score in fulfillment of the commission.  At Rossini’s request, the Italian composer Giuseppe Tadolini (husband of Eugenia Tadolini, one of Donizetti’s favorite sopranos) completed the score, and it was in this composite version that the work was first performed in Madrid in 1833.  After a legal fracas resulting from what Rossini deemed an unauthorized publication of the composite score, Rossini composed replacements for the movements composed by Tadolini, publishing the score in the now-familiar form, with all movements by Rossini, in 1841.  Announcement of the first performance of the completed score, which took place in Paris on 7 January 1842, drew mixed responses from critics throughout Europe, one of the most vitriolic in expressing his disapproval being Richard Wagner.  Both the Parisian premiere in January and the Italian premiere in Bologna in March, conducted by Donizetti, were tremendously successful, however, and the Stabat Mater has remained among Rossini’s most enduringly popular works.

It is not now and should hardly have been surprising to critics and audiences in 1842 that Rossini’s Stabat Mater is, though far removed from his operas, an operatic work.  The negative response of Teutonic musicians and critics to this aspect of Rossini’s work is slightly perplexing, especially considering that the music of Johann Sebastian Bach—the Titan among Germanic composers of liturgical music—was largely forgotten until the middle of the Nineteenth Century.  Several of Händel’s oratorios are very similar in form and substance to his operas and indeed are now often performed in staged productions with great success.  The mature liturgical works of both Haydn and Mozart employ the same concertato techniques familiar from their own operas and the religious compositions of contemporary Italians such as Cimarosa and Salieri.  Whatever charges were made against Rossini’s Stabat Mater at the time of its creation and in subsequent generations, the score contains music of great quality, worthy of its composer at his best.  Verdi’s Requiem—said by some critics to be Verdi’s greatest opera—builds upon the foundation laid by Rossini in the Stabat Mater; a not inconsiderable legacy for a work by a composer in retirement.

Expectations for this new recording of the Stabat Mater have been very high, not least because of the accomplishments of its conductor, Antonio Pappano, in his native Italian repertory at the Royal Opera House.  It is, in fact, Maestro Pappano’s conducting that is the recording’s first obvious attraction.  His pacing of the score is deliberate but thoughtful, especially in the sense of approaching the music on its own terms: Maestro Pappano leads a performance that reveals the grandeur of Rossini’s music without seeming calculated to redeem an unjustly-criticized masterpiece.  Maestro Pappano is fortunate in having at his disposal a quartet of vocal soloists for whose sake no allowances must be made in choices of tempi, with the result that the paces at which individual numbers progress seem natural and well-judged.  Cumulatively, though, the performance lacks cohesion, a condition that is more damaging to the dramatic effectiveness of the piece than to the music.  A wonder of Maestro Pappano’s musical work is the excellent singing and playing that he draws from the choristers and instrumentalists of the Chorus and Orchestra of Rome’s Accademia Nazionale di Santa Cecilia, the ensembles that in decades past sometimes struggled to maintain basic levels of professionalism in made-on-the-quick opera recordings.  Singing and playing in this performance with precision and passion that would withstand comparison with La Scala forces, both Chorus and Orchestra—recorded with excellent clarity and balance by EMI’s engineers, it should be said—contribute thrillingly.

In her first phrases, the beautiful Russian soprano Anna Netrebko seems ill-suited to this music.  The voice sounds blowsy and slightly wobbly, which can likely be attributed to the actual sound of the voice rather than to its use or condition.  Little is made of the Latin text.  In ensembles, Ms. Netrebko does not consistently blend well with the other soloists.  She improves in the duet with the mezzo-soprano, ‘Quis est homo,’ however, the voice taking on greater focus.  In her aria with chorus, ‘Inflammatus et accensus,’ Ms. Netrebko comes into her own, relishing the opportunity to take command as her vocal line ascends over the choir and providing top notes that ring out brilliantly.  In the closing movement, Ms. Netrebko adapts her singing more sensitively to that of her colleagues in the solo quartet, ending the performance with greater feeling and fluidity.

Undermining Ms. Netrebko’s effectiveness in ‘Quis est homo’ to a degree is the American mezzo-soprano Joyce DiDonato, who approaches even the most stringent demands of her music with complete assurance.  With floods of warm tone, a florid technique equal to the greatest coloratura singers past and present, and a trill seemingly inherited from Dame Joan Sutherland, Ms. DiDonato sings with easy splendor throughout this performance.  Blending beautifully with her colleagues, Ms. DiDonato’s contributions to ensembles are touching, and the security with which she sings her cavatina, ‘Fac, ut portem Christi mortem’ is extraordinarily impressive.  It is solely in the sense that the work of a truly great singer is invariably all the more apparent in the company of merely very good colleagues that Ms. DiDonato distorts the equilibrium in ‘Quis est homo.’  It has been the mezzo-soprano soloist who has let down many performances and recordings of the Stabat Mater, a misfortune completely avoided in this recording.

The most familiar movement of the Stabat Mater is the tenor’s ‘Cujus animam gementem,’ an unapologetically operatic aria that, with its climactic top D-flat, has proved irresistible to virtually every tenor capable of singing it—and to more than a few incapable of singing it.  Though his lines in ensembles are a credit to Rossini’s skill as a composer of four-part polyphony, the aria is the tenor’s only opportunity to emerge from his surroundings, as it were, and with singing of bright, soaring immediacy the American tenor Lawrence Brownlee emphatically claims his moment.  The fluency of Mr. Brownlee’s bel canto technique is compellingly displayed in ‘Cujus animam,’ the lilting principal theme of the aria delivered smoothly and with deceptive ease.  Bravura passages managed handily, the aria is capped with a lovely top D-flat that is sustained comfortably but not long enough to seem vulgar.  Throughout the performance, Mr. Brownlee sings with the sort of finesse that confirms his reputation as one of the leading Rossini tenors of his generation.

The Italian singer Ildebrando D’Arcangelo impresses in his aria, ‘Pro peccatis suæ gentis.’  Though billed in this performance as a bass, Mr. D’Arcangelo is decidedly more of a bass-baritone than a true bass, and his tone weakens significantly at the bottom of his range, risking inaudibility in the descending lines of ‘Eja, Mater, fons amoris.’  Mr. D’Arcangelo’s instrument is sturdy and attractive, however, and his singing exhibits a native understanding of Rossini’s idiom.  Despite the limitations of his lower register, Mr. D’Arcangelo provides an effective foundation in ensembles.

Considering the poor quality of so many performances and recordings of operatic and concert music in recent years, it is encouraging that a recording of this quality has been devoted to Rossini’s Stabat Mater.  Though neither infrequently-recorded nor poorly-served on records, the Stabat Mater is a work of which there is no single definitive recording: many recordings have inimitable qualities that are balanced or even undone by weaknesses.  The present recording is not perfect.  There are recorded performances that explore the drama of the Virgin Mother’s sorrow with greater immediacy and emotional impact despite weaker singing, for instance.  Especially with the performances given by Ms. DiDonato and Mr. Brownlee, however, this recording documents a standard of Rossini singing that makes this performance one that should be heard by all who treasure the rarefied art of bel canto.