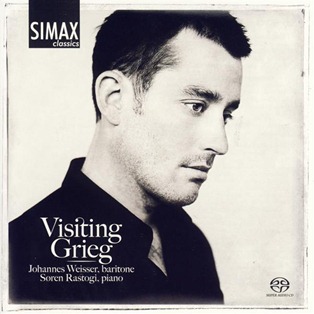 Aside from the familiar ‘Jeg elsker Dig!’ (‘Ich liebe dich’ or ‘I love thee’), included in recitals and recordings by virtually every classically-trained singer at some point in his or her career, the Lieder of Edvard Grieg are far too little-known, even among the most dedicated advocates of Art Songs. There have been more in-depth recorded explorations of Grieg’s Lieder by Scandinavian and international artists, most notably by the towering Norwegian Wagnerian Kirsten Flagstad (whose beautiful recital of Scandinavian songs, recently restored to the catalogue by the Australian Eloquence branch of DECCA, introduced Grieg’s soulful Opus 67 cycle ‘Haugtussa’ to listeners outside of Scandinavia) and the Swedish mezzo-soprano Anne Sofie von Otter (whose disc of Grieg Songs with pianist Bengt Forsberg for Deutsche Grammophon remains after nearly twenty years a landmark both in Ms. von Otter’s discography and in the global appreciation of Grieg’s music), but this cache of musical treasures remains virtually unearthed when compared with the frequently-sung Lieder of Schubert, Schumann, Brahms, and Hugo Wolf. More so than most of his fellow composers, many of whose finest songs were settings of texts by dead writers, Grieg enjoyed incomparable opportunities of collaborating with his near-contemporaries Hans Christian Andersen, Henrik Ibsen, and Aasmund Olavsson Vinje, three of Scandinavia’s most influential writers of the Nineteenth Century. Though Grieg also set texts by the ‘usual suspects’ such as Goethe and Heine, his settings of texts by Scandinavian poets produced a body of work that, despite its lack of fame, elevated the Nordic song repertory to the standard set by Teutonic masters and that, as an embodiment of nationalistic pride, deservedly stands alongside German Lieder and French chansons.

Perhaps the relative obscurity of Grieg’s Songs can be attributed in part to the fact that among audiences and singers there are far fewer speakers of Norwegian than of French or German. There may exist a belief among singers and those who hear them that Scandinavian pieces are best left to native speakers, not unlike the operas and songs of Russian composers. This is surely true of the vocal works of Scandinavian composers such as Aarre Merikanto and Tauno Pylkkänen, but Grieg’s instrumental music retains a prominent place within the international concert repertory, especially in Europe. Music with Nordic accents is more easily assimilated than texts in Scandinavian languages, it seems, and perhaps it is true, then, that fears of incomprehension due to linguistic remoteness inhibit widespread dissemination of Grieg’s Songs. Musically, close examination reveals that many of Grieg’s finest Songs are of quality at least equal to that of the French and German ‘chestnuts’ of traditional Lieder repertories. Even taking into account linguistic trepidation, it seems unfathomable that the Lieder of a composer as widely-acclaimed as Grieg could remain, slightly more than a century after his death, an underexplored musical wilderness.

Those who love the music of Grieg, as well as those for whom Lieder are the most rewardingly intimate expressions of composers’ vocal artistries, are certain to have longed for pioneering young artists to follow in the tradition of Flagstad and von Otter, and this recital of twenty-four of Grieg’s most beautiful Songs (including the famous ‘Jeg elsker Dig!’) by Norwegian baritone Johannes Weisser and Danish pianist Søren Rastogi is an exceptional addition to the comparatively meager discography of Grieg’s Songs. One of Denmark’s most promising young musicians, Mr. Rastogi has pursued in addition to his considerable engagements as a soloist and chamber player a close collaboration with Mr. Weisser, and the dedication of this professional relationship pays impressive dividends in this recording. As an accompanist, Mr. Rastogi possesses that rare but vital trait: the ability to breathe, musically speaking, in tandem with a singer. Many sublimely gifted concert pianists are poor accompanists because they regard the music before them as straightforward musical expressions in the manner of a sonata or concerto. Accompaniments in the Lieder of insightful composers are a thing apart, however, exercises in chamber playing that require not only musical coordination but a nurtured emotional synchronization between singer and accompanist. This is not to say that the art of accompaniment (or, for that matter, of singing Lieder) requires anonymity or the suppression of personality: indeed, the finest Lieder accompanists – Graham Johnson, Gerald Moore, Geoffrey Parsons, and Erik Werba, for instance – are artists for whom the act of accompanying singers is both the most natural and the most sophisticated of musical conversation, in which an individual voice is always discernible. While the evidence of a single disc is not sufficient to add the name of Mr. Rastogi alongside those cited above, it is indicative of an apparent artistic sensitivity that shapes Grieg’s sometimes laconic Songs (nearly half of the Songs in this recital are of less than two minutes in duration) with bite that does not preclude grace. Longer, more lyrical lines are shaped with finesse, built upon a careful attention to the inflections of the text and nuances of the singer’s delivery. Mr. Rastogi distinguishes himself with complete command of the music Grieg sets before him and is a young pianist from whom much else (perhaps Grieg’s beautiful E-minor Piano Sonata and Violin Sonatas) will hopefully be heard on disc in future.

Mr. Weisser, a Norwegian baritone whose impressive diary of engagements seemingly belies his youth, is perhaps most known to the record-buying public for his singing of the title role in René Jacobs’ controversial recording of Mozart’s Don Giovanni on harmonia mundi, which followed a much-discussed production (recorded and released on DVD) at Baden-Baden’s Festspielhaus. A singer with a voice of natural beauty that requires little manipulation in order to depict complex emotions, Mr. Weisser brings to his performance of the Grieg Songs on this disc the additional benefit of being a native Scandinavian. It might be rather naïve to suggest that Mr. Weisser has these Songs ‘in his blood,’ so to speak, merely by being Norwegian, but his native understanding of the texts of the Songs is tremendously important. Small details of interpretation that would escape the notice of artists who have learnt the language by rote, solely for the purpose of singing the Songs, are surely apparent to a native speaker. The extent to which this is critical to a recital of art songs depends upon the quality of the voice singing them, and in this case the lovely, silver-hued quality of Mr. Weisser’s baritone ensures an enjoyable listening experience even if there were no great interpretive insights on offer. Fortunately, however, the disc is to be cherished as much for Mr. Weisser’s thoughtful interpretations – equally impressive in songs as different in character as ‘En Digters Sidste Sang’ (‘A Poet’s Farewell’) and ‘Trudom’ (‘Faithfulness’) – as for the attractiveness of his singing. Unlike many young singers, Mr. Weisser avoids the pitfall of singing this recital in a manner that causes the interpretations to seem studied: his singing, though subtle throughout, sounds spontaneous, suggesting not casualness but genuine affection for the music. Perhaps there is more than a kernel of truth to the many adages concerning the icy Nordic resolve for Grieg expresses darker feelings without wallowing in tonal quagmires (as his German counterparts were apt to do) or spinning endlessly aching melodies (comme les francaises), but Mr. Weisser’s performances of the Songs ensures that everything that Grieg means to say is said eloquently, resolutely but without excess. What Mr. Weisser achieves as a singer in this recording is a first-rate recital that reveals the unquestionable value of an overlooked repertory of fascinating songs. What he achieves as an exponent of music of his own fatherland is akin to what Victoria de los Angeles, Kathleen Ferrier, Dietrich Fischer-Dieskau, and Gérard Souzay accomplished in the songs of their respective native cultures.

It is flirting with folly to deem any performance definitive as this is to dismiss by default (if not always by intent) both all that has come before – and, in the context of Grieg’s Songs, neither the work of Kirsten Flagstad nor that of Anne Sofie von Otter can be dismissed – and what is possible in future. It is beyond doubt that a voice such as Flagstad’s is not likely to ever again be heard in Grieg’s Songs, but it is likewise doubtful that a recital as musically astute and emotionally fulfilling as this one by Johannes Weisser and Søren Rastogi is to be had (especially on disc) within the foreseeable future. It is also unlikely that, even with the espousal of artists of this caliber, the Lieder of Edvard Grieg will join their French and German brethren in the repertories of the world’s most discerning recitalists. The enchanting performances on this disc prove that the loss is as much theirs as it is Grieg’s and the individuals’ who love his music. 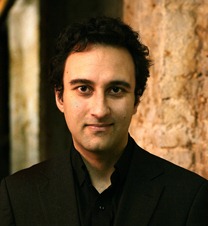 [Note: Only hours after the posting of this article, the release of a complete edition of the Songs of Edvard Grieg was announced, combining seven previously-issued discs. The recordings, on the BIS label, feature Finnish mezzo-soprano Monica Groop, who is accompanied by pianists Love Derwinger, Ilmo Ranta, and Roger Vignoles. The compilation is scheduled for release in the UK on 1 June.]