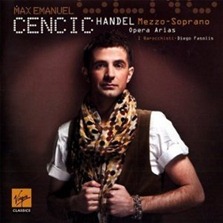 Recital discs of Händel arias have hardly been rare during the past thirty years, with many celebrated and aspiring singers from Baroque specialists like Dame Emma Kirkby and Mark Padmore to ‘stars’ of mainstream repertory like Bryn Terfel and Rolando Villazón committing their interpretations of chestnuts from Händel’s Italian operas to disc.  Even during the past decade, when Händel singing has reached astonishing heights of virtuosity and expressivity at the hands of superb singers like Joyce DiDonato, few programmes of Händel arias have been as consistently exhilarating as this new disc from Croatian-born, Austria-based countertenor Max Emanuel Cencic.

It will be noted that each of the arias included in this recital is listed above, along with the name of the singer for whom Händel composed it, or at least the singer by whom it was first performed.  This will offer a glimpse of the variety of the music on this disc, the arias having been composed for some of the Eighteenth Century’s most famously talented singers: the castrato Giovanni Battista Andreoni, variously noted in contemporary sources as both an alto and a soprano; the contralto Francesca Bertolli, who specialized in trouser parts but was also appreciated as Cleopatra in Giulio Cesare; the high mezzo-soprano castrato Caffarelli, second in fame only to the adored Farinelli; Giovanni Carestini, another remarkable castrato whose voice transitioned during his career from soprano to alto tessitura; the soprano Margherita Durastanti, admired for the expressive power of her performances of Händel’s ‘pathetic’ arias; the soprano castrato Valeriano Pellegrini, twenty years Händel’s senior and a priest after losing his voice in 1728; the renowned alto castrato Senesino, for whom Händel composed a number of his primo uomo roles; and the contralto Diana Vico, about whose career little other than her association with Händel is known, though she also created the title role in Ottone in villa for Vivaldi in 1713.  Seemingly uncommonly varied in terms of vocal ranges, it is nonetheless apparent from the music created for them by Händel and other composers that these singers – both male and female – sang most comfortably within the tessitura of the modern mezzo-soprano voice, principally from b♭(b♭3) to f’’ (f5).  With ornamentation commonly thought to have been restricted in most instances (with Händel perhaps having been stricter in this regard than some of his contemporaries) to intervals of a third above the indicated melodic lines, the vocal register of this music effectively encompasses two octaves, the range of what is now essentially a lyric mezzo-soprano voice.

Their basic vocal ranges having been similar, the differences among these singers were surely in the colorations of their respective timbres, differences that Händel – one of the Baroque era’s most gifted composers in terms of musical characterization – exploited in the music that he wrote for them.  Ignoring for a moment the extraordinary musical demands (‘Come nube, che fugge dal vento’ from Agrippina, composed for Valeriano Pellegrini, is as fiendish a bravura aria as ever Händel composed, for instance), a recital of music composed for such a wide array of singers presents an exceptional challenge to the modern singer, that of honoring the tremendously varied interpretive nuances of the music.  Mr. Cencic sets for himself a perilous course, taking on not just the obvious virtuosic tests like the aforementioned coloratura showpiece from Agrippina but pensive pieces like Dardano’s deliciously melancholy sarabande aria from Amadigi di Gaula, ‘Pena tiranna.’  This ambitious programme demands technical mastery, timbral shading, and dramatic variety that elude most countertenors; indeed, if one is to be completely frank, qualities that elude all but the very best singers who attempt this repertory.

Mr. Cencic is supported in his venture by the excellent period-instrument ensemble I Barocchisti, under the direction of Diego Fasolis.  Also the conductor of the studio recording of Händel’s Faramondo in which Mr. Cencic sang the title role, Maestro Fasolis displays a graceful affinity for the Saxon master’s music, avoiding the excesses of other Baroque-specialist conductors in terms of tempi and dynamics but exploring every interpretive avenue that is inherent in the music.  It is a crucial distinction that Maestro Fasolis follows the emotional threads inherent in the music: he seems to understand that this music does not require idiosyncratic effects or cut-and-paste embellishments to convey the feelings expressed by the texts.  The choristers (in their sole appearances – luxury indeed! – in the selections from Parnasso in festa) and players of I Barocchisti are consummate professionals, singing and playing with well-blended tones that fall far more easily upon the ears than those of many period-practice choirs and orchestras.  The bassoon and oboe obligati in ‘Pena tiranna,’ played by Ruggero Vartolo and Alberto Guerra, are especially poignant, but the playing throughout is of great quality.  Dotted rhythms are observed with unforced precision, and the critical intervals of seconds – an expressive device that Händel used with unerring dramatic sense to portray heartbreak and uncertainty – are given full value without being exaggerated.  The absolute reliability of his personnel allows Maestro Fasolis to shape these arias with a natural flow that brings to the fore the qualities that reveal this music for what it truly is: the first blossoming of bel canto.

Though reservations persist about the suitability of this programme, drawn from virtually the entire span of Händel’s career as a composer of opera, for countertenors, any hesitation concerning the suitability of this countertenor for the programme vanishes as soon as Mr. Cencic starts to sing.  Mr. Cencic possesses a voice that avoids all hints of the hootiness that occurs in many countertenors (particularly those trained in the British tradition), as well as the brittle, glassy sound that affects the singing of many countertenors (especially in their upper registers) who sing similar repertory.  Mr. Cencic is decidedly more an opera singer in the traditional sense than a specialist period or liturgical singer, despite his renowned youthful tenure with the Wiener Sängerknaben.  This is rather like stating that Pablo Picasso was a serious artist rather than a housepainter, however: Mr. Cencic is not merely another countertenor who sings staged opera (he made his successful Wiener Staatsoper debut on 28 February 2010, in the role of the Herold in the world premiere of Aribert Reimann’s opera Medea).  Mr. Cencic is a rare countertenor whose voice possesses the range of colors and subtle dynamics that are genuinely suitable for opera, ranging from the earliest works of Monteverdi to Twenty-First-Century music. 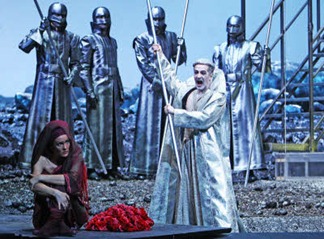 Händel is typical fare for countertenors and has been central to Mr. Cencic’s operatic repertory.  In addition to having sung Tamerlano for Scottish Opera and the Bayerische Staatsoper, he has sung numerous other Händel roles to great acclaim throughout Europe.  One of the foremost glories of this recital disc is Mr. Cencic’s complete avoidance of the appearance of routine: though unfailingly accurate, nothing in his singing of these arias seems calculated.  The poise that he brings to Floridante’s ‘Alma mia,’ Dardano’s ‘Pena tiranna,’ and Radamisto’s famous ‘Ombra cara’ does not mask the repressed passion, passion that bursts forth magnificently in the extroverted bravura arias.  The core of Mr. Cencic’s voice is slightly higher than that of most countertenors, enabling him to bring to this music the sort of top-to-bottom security that the music demands.  Unlike the performances of many singers in music of this technical difficulty, there is no sense in Mr. Cencic’s singing of this recital being a series of stunts, manipulated in the recording studio in order to achieve maximum impact.  The conviction and technique of a superb singer are evident in every aria on the disc.

There are often complaints among Baroque purists when singers approach Händel’s music with what might be termed a conventionally operatic technique in the modern sense (i.e. with prominent vibrato), and Mr. Cencic makes no concessions by attempting to sublimate the richness of his voice.  Stylistically, though, he shows complete mastery of Händel’s idiom, the divisions in the coloratura pieces brought off impeccably and largely without aspiration.  Low notes are rounded and walnut-hued, and top notes are bright and ringing without being strident.  The brilliance of his singing notwithstanding, perhaps the most refreshing aspect of Mr. Cencic’s performance is his audible enjoyment of these arias not as rediscovered gems, not as pieces of musical trivia or vocal showstoppers for the cognoscenti, but quite simply as music, as natural and ‘in the voice’ as any aria by Mozart, Verdi, or Puccini.  Whatever the specific questions of authentic period practice may be, and however vital they may be to a full appreciation of Händel’s achievements as a composer, the essence of singing was surely in Händel’s time just as it was in Mozart’s, Verdi’s, or Puccini’s: the art of producing with the human voice a line, varied by adornments and colored by the insights of the singer, that aims to be beautiful.  This essence is missing from far too many performances of Händel’s music, and this deficiency surely accounts for the boredom that claims many audiences of Händel’s operas.

A deficiency of vocal beauty is a charge that cannot be made against this disc.  One must look to the greatest modern singers of Händel’s primo uomo roles – Helen Watts, Dame Janet Baker, Joyce DiDonato, Ann Hallenberg – to find singing that rivals the sounds heard in this recital.  With all the innovations and fine recordings that have emerged during the past quarter-century, many music lovers and opera-goers must still be convinced that the operas of Händel deserve their attention.  It is difficult to imagine that this disc will not leave listeners wanting to hear much more of Händel and of Max Emanuel Cencic. 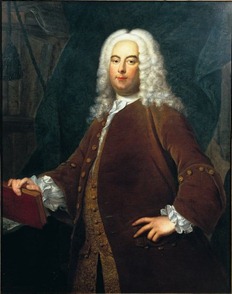