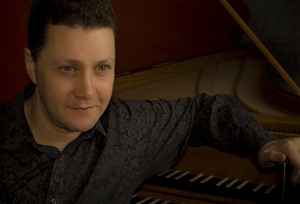 Surely among the most reliably rewarding musical experiences in the southeastern United States are the annual appearances by Paris-based harpsichordist Jory Vinikour in the Monday Night Concert Series sponsored by College of Charleston’s Music Department, a wonderful series that treats the Low Country of South Carolina to performances by renowned local and international artists.  Upholding an annual tradition that will hopefully persist for many years to come, Mr. Vinikour returned to Charleston on 25 January to play works by Johann Sebastian Bach and Jean-Philippe Rameau for an appreciative audience of students, faculty, and Charleston-area residents.  This, indeed, is the essence of music, to unite disparate peoples in a meaningful dialogue that requires no words, and few artists are as uniquely capable of initiating this dialogue with eloquence and easy brilliance as Mr. Vinikour.

Charleston is, of course, a city steeped in Colonial American history, its establishment in the Seventeenth Century as a major port along America’s Atlantic seaboard vital to the development of the American South and ultimately pivotal in the American Civil War.  It is appropriate that a concert series in Charleston should include music for an ostensibly ‘historical’ instrument like the harpsichord.  However, it is the lack of pretentious period-practice tinkling and toddling that makes Mr. Vinikour’s playing so effective.  Every stylistic nuance is evident in Mr. Vinikour’s playing, but he presents his programs simply as music rather than as displays of historical aesthetics in sound that require footnotes and parenthetical documentation.  It is easy to revel in the technical mastery of Mr. Vinikour’s playing but equally enjoyable just to hear Bach and Rameau played with vitality and sincere passion: never in the context of Mr. Vinikour’s performances are there suspicions, as there are in the work of so many specialists in Early Music and Baroque repertory, that one should be taking notes, for there will later be a quiz on Historical Keyboard Techniques.

Charleston is also a city subject to the extremes of a typically Southern climate, with occasionally cold winters and reliably hot summers with high humidity: in short, a thoroughly inhospitable climate for harpsichords.  It is therefore important to mention that the harpsichord at which Mr. Vinikour performed is carefully maintained and tuned by Dr. Julia Harlow, an esteemed member of the College of Charleston Music Department faculty.

Mr. Vinikour began his performance with the Suite in G major (BWV 816), the fifth of Bach’s so-called French Suites for harpsichord; ‘so-called’ because the six suites (BMV 812 – 817) were given their appellation due to an alleged adherence to a French style of composition but are, in fact, decidedly more Italianate in nature.  The Suites employ French dance forms commonly used by European composers throughout the Baroque period, however, but denoting no nationalistic inclinations: the works of Corelli and Vivaldi often feature chaconnes (as in their respective variations on the Iberian folk tune ‘La Folia’), and several of Händel’s most memorable operatic arias (including Almirena’s ‘Lascia ch’io pianga’ from Rinaldo) are sarabandes.  In the G-major Suite, Bach included (in sequence) an Allemande, a Courante, a Sarabande, a Gavotte, a Bourrée, a Loure, and a Gigue.  In general, the G-major Suite is somewhat more introverted than much of Bach’s music for solo harpsichord, though this is not to suggest that it is in any way less virtuosic.  As with many of Bach’s works, the G-major Suite does not exist in a comprehensive form with the composer’s intended ornamentation noted at length.  The performer thus faces the daunting challenge of observing the meticulous rhythms of the prescribed dance forms whilst also exercising a measure of freedom in supplying ornaments.  In his performance, Mr. Vinikour struck an ideal balance, bringing his own personality to the music through unfailingly tasteful ornamentation without distorting either the rhythmic or thematic schemes of the individual movements.  Bach was among the most successful composers in terms of taking full advantage of the timbral, expressive, and polyphonic capacities of the harpsichord, and Mr. Vinikour’s performance of the G-major Suite revealed the beauty and harmonic richness of the music with considerable grace.

The second half of Mr. Vinikour’s program was devoted to Jean-Philippe Rameau’s 1726 Suite in A minor, a superb work that, though authentically French, also emulates Italian styles to a degree, especially the harpsichord works of Domenico Scarlatti.  Rameau also used dance forms familiar among the works of Baroque composers (Allemande, Courante, Sarabande, and Gavotte) but likewise explored more fantastic, extravagantly demanding forms.  The celebrated movement known as ‘Les Trois Mains’ uses a clever progression of statements and counterstatements requiring a cross-handed playing technique that creates the illusion of a third hand being engaged.  Mr. Vinikour dazzled the audience with his complete command of this musical novelty, playing the cross-handed passages with exuberant ease.  As in the Bach Suite, Mr. Vinikour played the Rameau Suite with careful but never lugubrious attention to the coexistence of rhythmic buoyancy and embellishment.  Mr. Vinikour consistently showed remarkable musical imagination in his ornamentation, never risking over-egging the pudding by ornamenting for the sake of exploiting his own technical prowess.  The ‘Fanfarinette’ and ‘La Triomphante’ movements of Rameau’s A-minor Suite drew from Mr. Vinikour performances that brought abundant clarity to the inventiveness of Rameau’s writing.  Mr. Vinikour chose for his encore another piece by Rameau, the exciting ‘Les Cyclopes,’ to which he brought both formidable technique and a sense of musical humor.

One of the most interesting aspects of Mr. Vinikour’s performance was the way in which his playing tellingly contrasted the styles of Bach and Rameau, all the more intriguing because the composers’ respective suites are, at least superficially, so similar in basic structure.  Bach the quiet innovator and Rameau the artful theorist enjoyed a friendly rivalry in Mr. Vinikour’s performance, Bach’s suite the more contemplative and Rameau’s the more theatrical.  The suggestion of a rivalry inevitably inspires questions of superiority.  With two important composers equally enjoying the attention of an artist with Mr. Vinikour’s exceptional talents, was there an obvious victor?  The deservedly enthusiastic applause that thanked Mr. Vinikour for his performance suggested that many in the audience left the recital hall feeling that it was their collective musical sensibilities that enjoyed a genuine triumph at the hands of a superb musician. 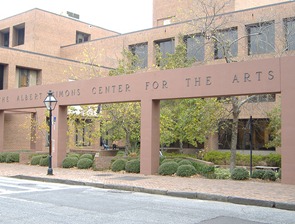