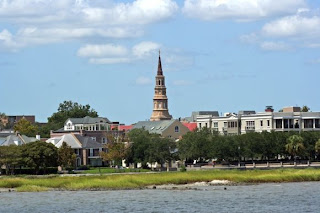 It could seem to the casual reader that this site is increasingly an homage to the formidably talented harpsichordist Jory Vinikour. This site is an homage to what its humble author discerns as the finest musical art in our time, however, and this by necessity includes a measure of attention for great artists. Mr. Vinikour is among the sadly few truly exceptional artists whose work I have encountered during my thirty-one years, and I feel emphatically that any individuals who have heard Mr. Vinikour’s playing or witnessed his operatic work (most recently in Zürich, with a revival of the Robert Carsen production of Händel’s Semele, with Cecilia Bartoli) will agree that the brilliance of his musicality and the quality of his contributions to the contemporary ‘early music’ environment fully justify the prominence his performances receive on this site.

Mr. Vinikour returned on the evening of 23 February – incidentally, the anniversary of Händel’s birth in 1685 – to the Monday Night Concert Series put on by the School of the Arts at the College of Charleston. Presenting a program centered on two of the famed 1720 Suites for harpsichord by Händel, Mr. Vinikour offered playing that fully equaled the virtuosity and expressive accomplishments of his College of Charleston recital in April 2008, with even the harpsichord itself sounding (whether by circumstance or coincident) rather better than some months ago. Despite a sonic profile that is not ideal for the timbre of the harpsichord at Mr. Vinikour’s disposal, few details of technical mastery and interpretive insight were blurred for the audience present at the College’s Recital Hall.

The performance began with Händel’s D-minor Suite (HWV 428), into which Mr. Vinikour interpolated the celebrated D-minor Sarabande with variations (HWV 437) as he also does on his exciting recording of the Händel Suites, also recorded in Charleston (at First Scots Presbyterian Church), on Delos (available from Amazon on 31 March). In addition to supplementing the Suite with some of Händel’s best-known music and providing ample opportunities for virtuosic display, the inclusion of the Sarabande with variations provides further evidence of Händel’s sovereign mastery of writing for the harpsichord, as well as his genius for developing and manipulating both the formulaic conventions of his time and the contrapuntal devices inherited from his Teutonic forbears in ways that are fresh and unmistakably Händelian. The Sarabande and its variations are one of the finest settings of the famous Iberian dance ‘La folia,’ a popular tune among Baroque composers for treatment with complex variations in the manner of Johann Sebastian Bach’s Goldberg Variations, with noted settings by Lully, Marais, Alessandro Scarlatti, Geminiani, Vivaldi, Carl Philipp Emanuel Bach, and – perhaps most famously – Corelli, the twelfth of whose Opus 5 violin sonatas is centered on variations on ‘La folia.’ J.S. Bach alluded to the tune in his ‘Peasant’ cantata, and Händel also made use of the tune (the Portuguese title of which translates as ‘madness’) in the title character’s mad scene in his opera Orlando. To suggest that Händel’s treatment of the famous tune in the D-minor Sarabande with variations towers over the similar works by other composers would perhaps unfairly criticize some of these works, particularly those of Corelli and Vivaldi, but Mr. Vinikour’s playing conjured this impression with complete technical command and careful attention to the qualities that set Händel’s work apart, including adventurous chromaticism that makes the journey from the Baroque to Gluck’s ‘reform’ scores and the keyboard music of Mozart seem shorter than other evidence suggests.

Mr. Vinikour brought the same eloquence and all-consuming virtuosity to the other items on the program, including Händel’s G-minor Suite (HWV 432), the wonderful G-major Chaconne (HWV 435), and Johann Sebastian Bach’s A-minor Prelude and Fugue (BWV 895), as well as Bach’s C-minor Fantasia (BWV 906) which served as Mr. Vinikour’s encore. Throughout the performance, Mr. Vinikour reminded the audience that, especially in music for solo instruments of the Baroque era, virtuosity need not be an exercise in emotionless display. Hearing his Suites played with such appreciable attention to detail and their subtle harmonic complexities, one could easily imagine Händel alone at 25 Brook Street, playing these masterpieces for his own amusement in dark hours. Händel’s genius is evident in the fact that music of such bracing difficulty nonetheless discloses a genuine psychological engagement not only with music but with music-making, and Mr. Vinikour’s exceptional talents again make audible that playing harpsichord works by a composer the semiquincentennial of whose death in 1759 is marked this year is not an act of disinterring musical corpses but of sharing beautiful moments of laughter and tears, struggle and success expressed in carefully-executed tones that defy time.
© by Joseph Newsome