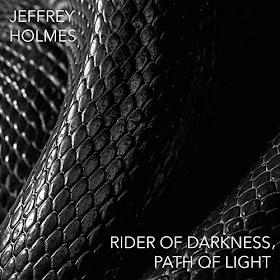 Nearly seventy years after the death of trailblazing American composer Charles Ives, fear and suspicion of microtonality in Classical Music persist, particularly among artists and institutions of his native country. The earnest efforts of musicians active in many genres to promote appreciation of the uses of microintervals and alternate tonalities in diverse cultures have increased awareness but fostered sadly little progress towards widespread acceptance of modes of sonic expression that deviate from Western praxes. There is no shame in loving a Schubert melody or a Puccini phrase above all else, but innumerable beauties exist outside of the boundaries of traditional harmonies, yearning for discovery. There is also no shame in acknowledging the limits of one’s knowledge and experience by seeking new opportunities for musical exploration. Admittedly, venturing into the uncharted territory of new music can be daunting. As when visiting an unknown place for the first time, informed guidance immeasurably enriches the initial exposure.

New music offers few guided excursions into intriguing sonic environments as viscerally exciting and thought-provoking as Rider of Darkness, Path of Light, MicroFest Records’ artfully-engineered recording of works by American composer Jeffrey Holmes. The compositional voice that emerges in the pieces on this disc is one of astonishing originality. Eschewing the neo-Romantic and post-Modernist trends in Twenty-First-Century music, Holmes crafts aural tableaux in which juxtapositions of rhythmic and tonal intervals replace conventional interplay of melody and harmony. Holmes’s work is intrinsically interactive, spurring the listener to seek distinctive melodies in the undulating progressions of sound rather than presenting finite, unchanging tunes that require no engagement.

Holmes shares with Monteverdi, Händel, and Brahms an acute faculty for capitalizing on suspensions of time in his music. Wells of emotion fill as tones clash and cajole until they overflow, the deluges of feeling appearing like rays of sunlight penetrating oppressive skies, eternal but often gone in an instant. In all of the performances on this disc, Holmes’s music challenges artists and listeners alike, demanding not just to be performed and heard but to be felt. These works reveal that it is not solely in the biological sense that Holmes is a living composer. His artistry exhibits uncommon cognizance of the fact that, when performed and heard anew, all music, whether centuries or seconds old, is a living, evolving organism.

Nature’s irrepressible fury rattles and rages in the music, but it is here the bringer of vital rejuvenation, not of indiscriminate destruction. Holmes’s writing for percussion is aptly raucous, but the skill with which he interweaves instrumental textures, especially those of the woodwinds, is captivating; even delicate. The Western canon includes many musical depictions of natural phenomena, but, performed on this disc with bracing immediacy, Hagall is an expressive phenomenon in its own right rather than an Impressionistic representation of external forces.

With Thund [Thundering Waters], Holmes proves that, like Liszt and Brahms, his imagination is as stimulated by the capabilities of the piano as by those of an instrumental ensemble. Pianist Jason Hardink offers a forceful rendering of the piece, his technique equal to the music’s formidable requirements. The virtuosity of his playing dazzles, but the sensitivity of his performance manifests the work’s prevailing ethos, limning the intangible sensations of chaos. The defining characteristic of Holmes’s compositional idiom in Thund is a perceptive use of jagged intervals that spur and then defy the listener’s expectations. Hardink’s shrewd phrasing energizes the music’s air of spontaneity, reflecting the reliable unpredictability of nature that is so integral an inspiration of the composer’s cunning.

As paired on this disc, the striking contrasts between a bass-baritone’s sepulchral tones in Urðarmána and a soprano’s brilliant upper register in Myrkriða, Ljósleiðà conjure images of the eerily symbiotic fire and frost of Icelandic landscapes. Utilizing evocative texts in Old Norse, largely of his own composition, Holmes forges—and the use of present tense is in this instance not a matter of semantics, as these are pieces that regenerate their sonic atmospheres anew and differently in each hearing—linguistic and metaphysical contexts that, befitting consequential works of art, are simultaneously unique and universal. The composer’s writing for voices is undeniably punishing for the singers, not least in its unrelenting traversals of their full ranges, yet this is never music that exploits vocal prowess for garish effects. The music’s poignant potency arises from Holmes’s unmistakably personal response to the narrative trajectories of the words.

Fittingly, the cornerstone of bass-baritone Nicholas Isherwood’s performance of Urðarmána [Moon of Fate] is incendiary singing that draws its heat from the text. As psychologically exacting as Philippe’s ‘Elle ne m’aime pas’ in Verdi’s Don Carlos and Wotans Abschied in Act Three of Wagner’s Die Walküre, Holmes’s music takes the voice to the brink of duress, but Isherwood sounds most confident when the writing is least comfortable. Collaborative pianist Mark Robson’s intrepid playing supplies the fuel with which Isherwood ignites his interpretation. The partnership of singer and pianist conveys admirable sophistication, the brashness of their exchanges developing in certain passages into a shared quest for equilibrium similar in ethos to the scene in Ravel’s L’enfant et les sortilèges in which, moved to pity, the wronged forest creatures aid the injured child who has tormented them. In the most tumultuous moments of this performance, Isherwood and Robson accentuate the compassion at the heart of Urðarmána.

As the intensity of its emotional journey suggests, Urðarmána is not a piece that can be politely or casually sung. The primordial vigor of Isherwood’s singing belies its innate elegance, but the cogency of his interpretation of Holmes’s music relies upon technical refinement. Cognizance and respect of the voice’s limitations permit Isherwood to take artistic risks. Similar boldness, facilitated by assured mastery of the music, permeates Robson’s pianism, the unflappable musicality of his playing ideally partnering with Isherwood’s singing. Neither the intricacies nor the extravagances of Urðarmána disrupt the poetic urgency of this performance, in which singer and pianist immerse themselves—and, via the sounds they engender, the listener—in the mesmerizing modulations of Holmes’s music.

Structured in fifteen brief episodes, Myrkriða, Ljósleiðá [Rider of Darkness, Path of Light] unites elements of the Lieder cycles of Schubert and Schumann with Twenty-First Century cinema’s non-linear storytelling. Framed by series of metamorphosing reprises of the ‘Myrkriða’(‘Rider of Darkness’) and ‘Ljósleiðá’ (‘Path of Light’) segments, the piece shares with Arnold Schönberg’s Erwartung an abiding aura of spiritual analysis. Here, Holmes’s music becomes the setting for an enthralling sonic peregrination through expressive expanses that at once seem unknown and familiar. From the first pulses of ‘Nátta’ (‘Night Falling’), the performances of Tara Schwab (flute and alto flute), Yuri Inoo (percussion), Michael Kudirka (guitar and additional percussion, and the composer, who conducts and contributes percussion, enkindle an ethereal tonal world in which rhythms echo the changing moods of the words.

The kinetic energy of ‘Dagan’ (‘Daybreak’) crackles through the instruments, and the vastly different sonorities of ‘Myðr Nótt’ (‘Middle of the Night’) and the entrancing ‘Haugaeldr’ (‘Grave Fire’) are projected with wrenching conviction. Dissipating the tension that builds in ‘Ótta’ (‘Last Part of the Night’) and ‘Myrkr’ (‘Darkness’), the progression of ‘Sjóborg’ (‘Sunset’), ‘Hljoðr’ (‘Silence’), and ‘Lykð/Upphaf’ (‘End/Beginning’) proposes an uncertain resolution that, like every aspect of this music’s exegesis, perpetuates the ambiguous synergy of sound and silence.

Throughout the mercurial transitions of Myrkriða, Ljósleiðá, soprano Kisten Ashley Wiest unflinchingly overcomes the hazards of Holmes’s vocal lines whilst also demonstrating her abilities as a percussionist. As a test of the security and stamina of a soprano’s voice, Myrkriða, Ljósleiðá has few rivals in music of any era, its tessitura recalling the treacherous compasses of the Controller in Jonathan Dove’s Flight and Ariel in Thomas Adès’s The Tempest. Holmes’s writing for the voice routinely incorporates craigy ascents above the stave that necessitate extraordinary control. Wiest sagaciously safeguards her vocal resources, unleashing columns of focused sound at climaxes but reserving her most pointed tones for gentler passages.

Myrkriða, Ljósleiðá is a work that cannot be approached without thorough preparation, but Wiest’s performance exhibits understanding that reaches far beyond knowledge of notes and words. There are moments in which harshness and stridency are audible in the soprano’s vocalism, but these invariably originate with the words: when the voice is pushed, it is in pursuit of fleeting expressive details of the text that are too important to be sung sweetly. Singing this piece proficiently is a notable feat. Insightfully and movingly evincing the profundity of its drama, as Wiest does in this performance, is a hallmark of preeminent artistry.

Too often, the barriers that prevent listeners from connecting with new music are their own prejudices. Kirsten Flagstad night have sung the Königin der Nacht’s arias more easily than a contemporary composer can vanquish a reluctant listener’s preconceptions, but the highest aim of Art is to elucidate humanity’s failings in ways that elicit contemplation. In music, this is achieved, in part, by successive generations of artists devising new methods of expression, not because existing traditions are inadequate but because perspectives and relationships alter with the passage of time. As represented by the pieces on this disc, all performed with passion and precision, imparting the inescapable transience of existence is a fundamental component of Jeffrey Holmes’s music. Biases condemn humanity to riding in darkness, but, this disc intimates, embracing Art that seeks new means of deciphering the universe’s enigmas offers a path to light.